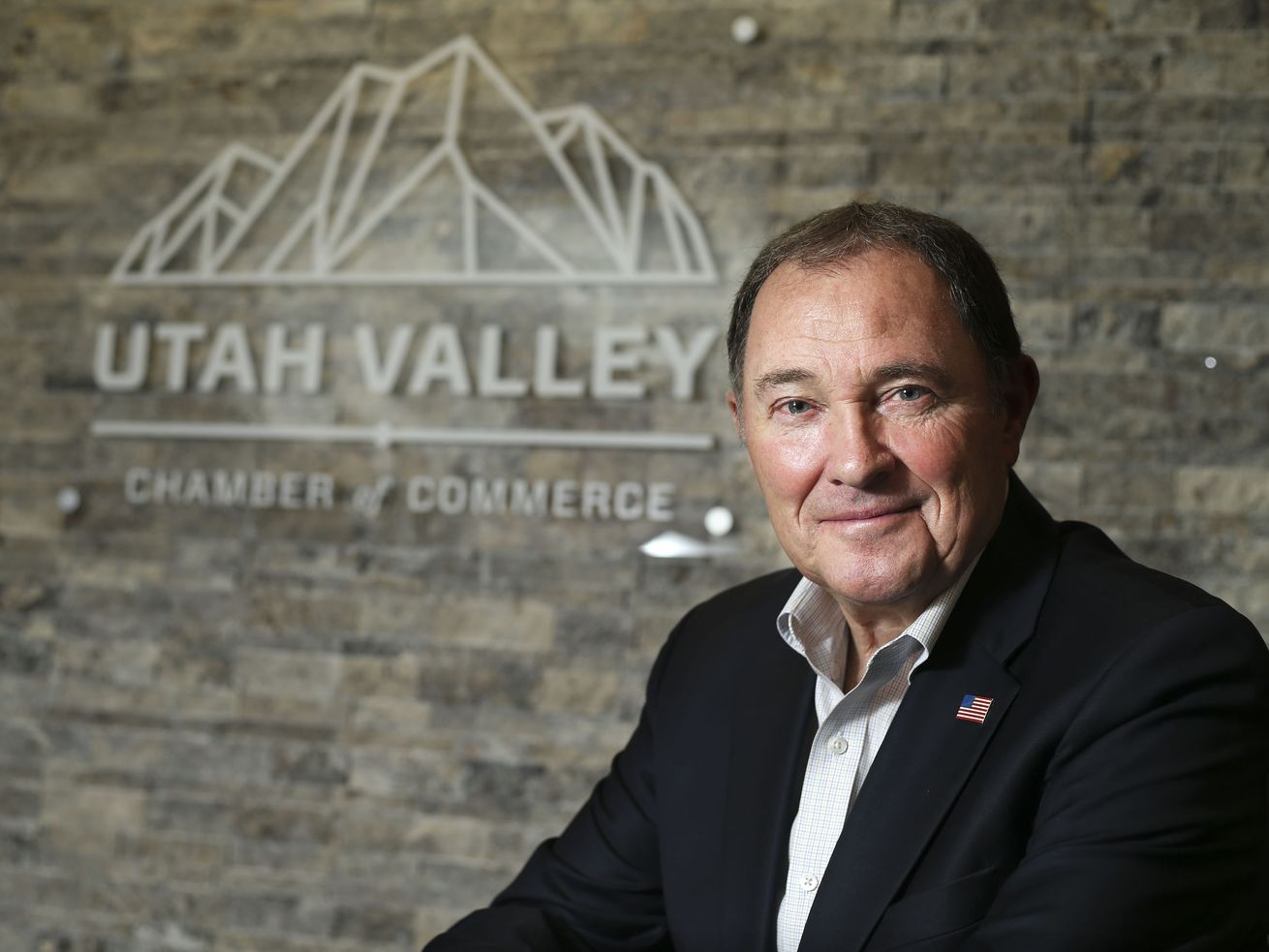 Former Utah Gov. Gary Herbert is photographed at the Utah Valley Chamber of Commerce in Provo on Thursday, May 6, 2021. Herbert will serve as the chamber’s executive chairman with specific responsibilities to cultivate potential new relationships and nurture current ones with the chamber while assisting in executing its strategic plan. | Laura Seitz, Deseret News

Former Gov. Gary Herbert may have passed the mantle for leading the Beehive State, but that doesn’t mean he’s ready to take a break from public service.

“What do you do as a sequel? I’m not one to kind of just sit and rest on my laurels. My father taught me that a man’s got to have a reason to get up in the morning, to do something to give back, serve. Service is the rent you pay for the place you occupy,” Herbert said Thursday.

He plans to use the knowledge and connections gained from his years in state government — and from his years in general (he turns 74 on Friday) — to help unite Utah County’s business community as the new executive chairman of the Utah Valley Chamber of Commerce, he told reporters at the chamber office in Provo.

Herbert served as governor of Utah for nearly 12 years. Before that, he was lieutenant governor under Jon Huntsman Jr. and a Utah County commissioner.

Curtis Blair, president and CEO of the chamber, explained that during the pandemic last year — and as chamber leaders were exploring how to get through that difficult time — they wondered, “What does a former governor do?’”

“And Gary Herbert has a track record of tremendous success with growing a business and finding common ground for different voices to come together to create solutions for education, workforce development, transportation, natural resources. I mean, all of the work that he’s done, we thought, ‘I wonder if he’d be interested in focusing that on Utah County?’” Blair said.

The chamber hopes to build partnerships with other chambers in the valley, as well as more public and private partnerships, with Herbert’s help.

Laura Seitz, Deseret News
Curtis Blair, president and CEO of the Utah Valley Chamber of Commerce, and former Utah Gov. Gary Herbert speak at the chamber’s office in Provo on Thursday, May 6, 2021. Herbert will serve as the chamber’s executive chairman with specific responsibilities to cultivate potential new relationships and nurture current ones with the chamber while assisting in executing its strategic plan.

Last fall, Herbert was “intrigued” by the proposal, even as he had offers from dozens of other organizations, Blair recalled.

“I do have 30 plus years of experience as an elected official — in fact, 30 years, six months and five days to be exact. And I’ve been involved in the private sector all my life. I’ve always had my own business. I’ve started four different businesses, and so I understand that challenge,” Herbert said.

He said both small and large businesses face many of the same difficulties, including government regulations “sometimes getting in your way,” …read more

HOA Homefront: Flags and banners, how big is too big?

Mr. Taylor Swift and Margaret Qualley Have Lots of Sex in ‘The Stars at Noon.’ If Only They Had Any Chemistry.

In ‘The Gray Man,’ Ryan Gosling and Chris Evans Are the Hot Assassins We’ve Always Wanted