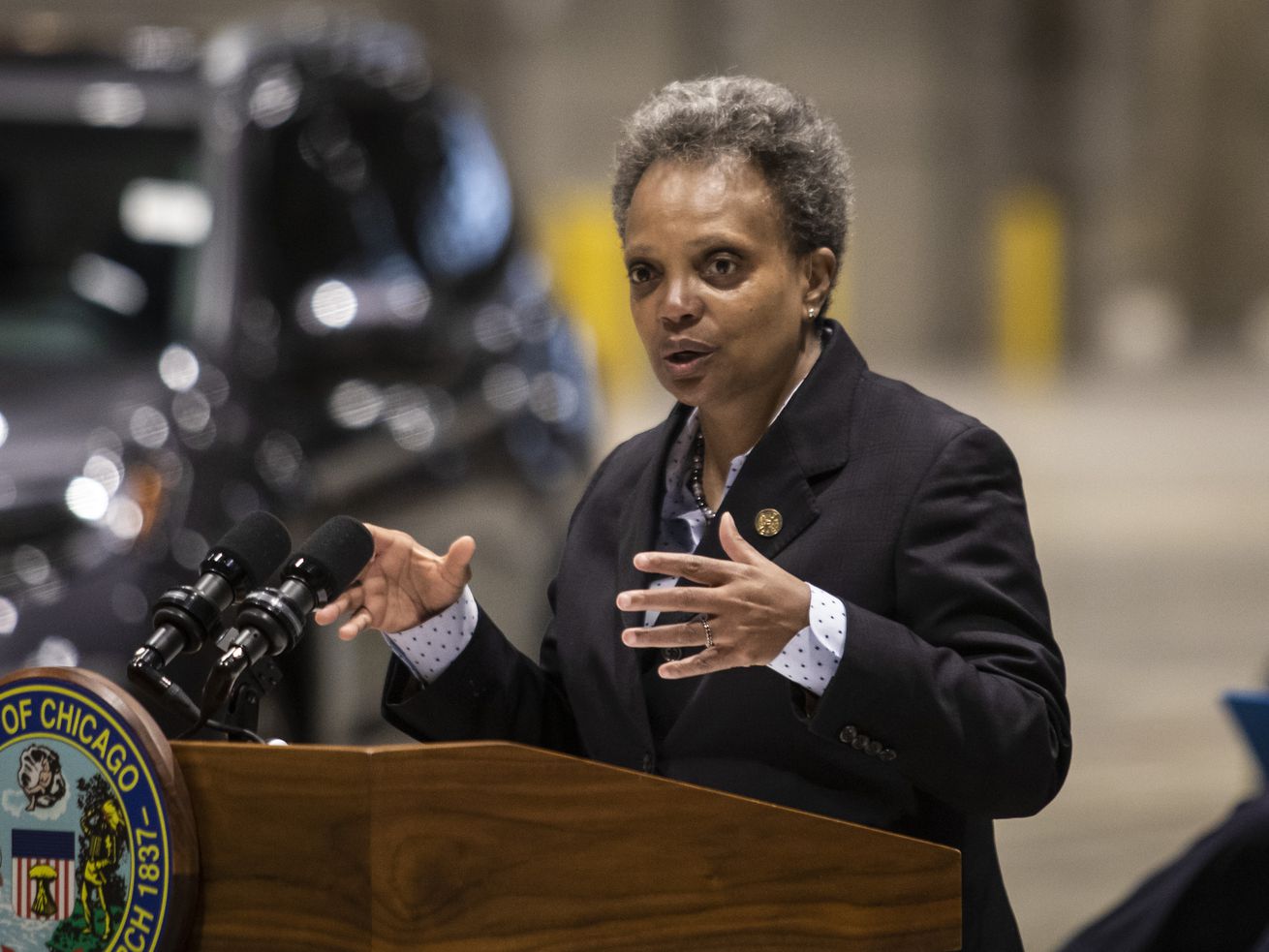 Mayor Lori Lightfoot is shown discussing Chicago’s reopening efforts during a news conerence at McCormick Place on Tuesday. The Auto Show will be the first convention held at McCormick Place since the onset of the COVID-19 pandemic. | Ashlee Rezin Garcia/Sun-Times

Besides the Chicago Auto Show on July 15, getting Chicago “fully open” by the July 4th weekend also would mean the return of Lollapalooza, Taste of Chicago and the Air & Water Show, the city’s most popular and iconic summer events.

McCormick Place will reawaken from its 14-month, pandemic-induced slumber with the July 15 return of the Chicago Auto Show — and Mayor Lori Lightfoot said her goal is to get the city “fully open” by July 4th.

“I am working night and day toward this goal. … But, we and I need you to continue to be on this journey with us. And that means getting vaccinated now — as soon as possible,” Lightfoot told reporters at McCormick Place, where details of the auto show return were announced.

“Every day that our COVID-19 metrics continue to tick downward brings us a day closer to being able to put this pandemic in the rearview mirror. And we are too close to accomplishing this mission to give up now. Our goal … is to be fully open by July 4th.”

Getting Chicago “fully open” by July 4th weekend also would mean the return of Lollapalooza, Taste of Chicago and the Air & Water Show, the city’s most popular and iconic summer events.

“Don’t skip to the end of the chapter, There’s more coming,” the mayor said.

Just last week, Lightfoot vowed to be more cautious than other major cities in reopening Chicago. She said the last thing she wanted to do is to move too quickly, only to be forced to shut things down yet again.

Asked how that jibes with her goal of being “fully open by July 4th,” the mayor cited “steady progress” in all the health metrics that Chicago follows and “modeling” that suggests those trends will continue.

“If we take care of our business” and keep building vaccination rates, “I feel very confident we can get there. … We will be one of the first cities to full and safely reopen” by July 4th, she said.

Gov. J.B. Pritzker said he shares the mayor’s optimism about the “trajectory that we’re on now” and what that means to moving toward his “Bridge Phase,” followed by Phase 5, which would mean a full reopening.

But, he warned: “We can’t predict the future. This virus has proven to be very challenging. … The developments of variants. The times in which it seems to surge in states like, recently, Michigan. … We all experienced November and December and January here in Illinois. So we always are on guard. We’re watching the numbers like a hawk.”

The July 15-19 auto show will be the first major convention to be held at McCormick Place since March 6, 2020.

It won’t look the same as it’s looked for generations.

Before he was old enough to rent a car, Illinois law condemned my dad to die in prison