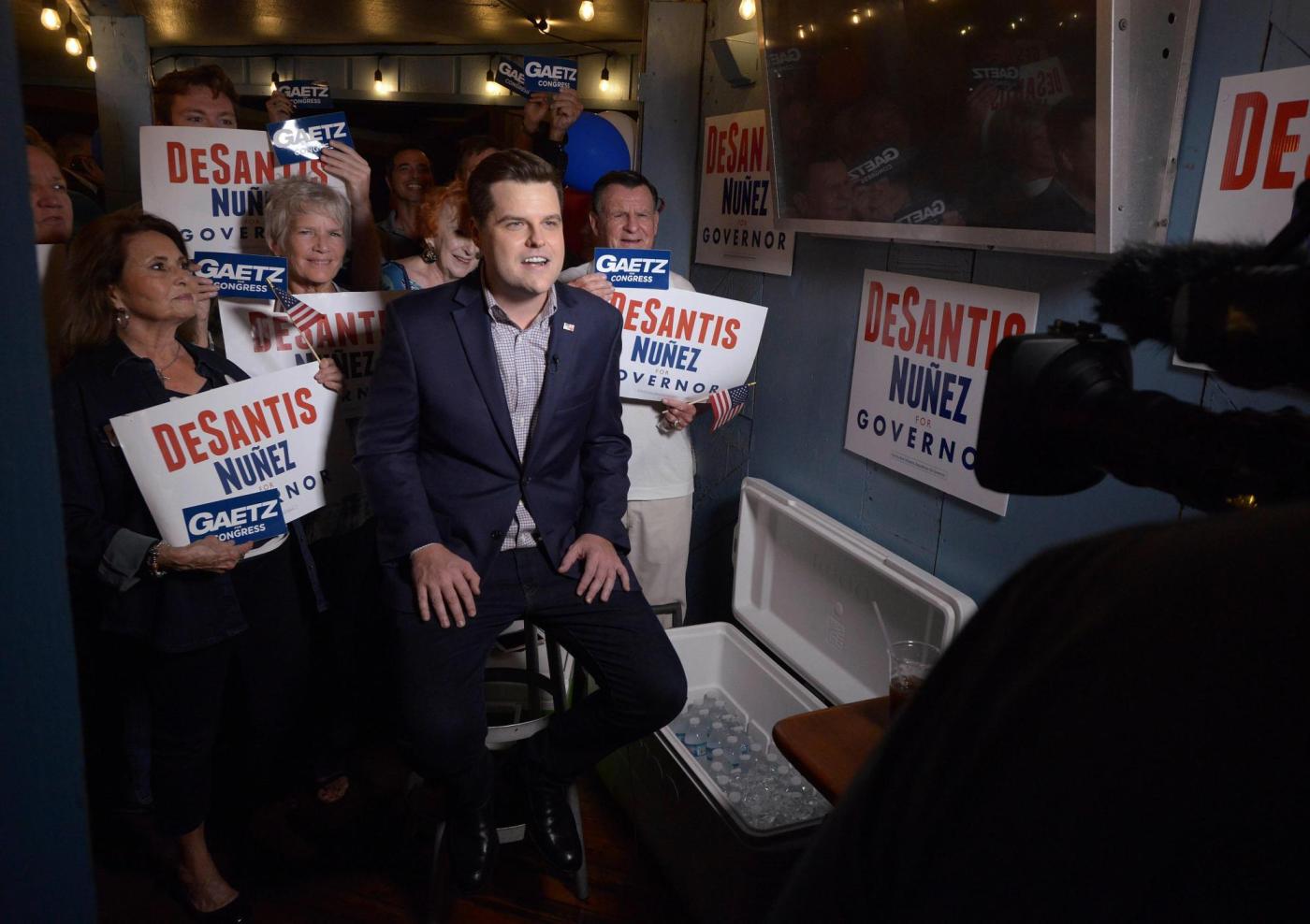 ORLANDO, Fla. — When Rep. Matt Gaetz vacationed in the Bahamas in 2018, he was joined by a doctor who donated to his campaign and a former colleague in the Florida Legislature.

The Republican congressman, Dr. Jason Pirozzolo and Halsey Beshears were united in their enjoyment of politics, fancy travel and the company of beautiful women. They also had another mutual interest: Florida’s $1.2 billion medical marijuana industry.

The Bahamas trip is a central element of a federal investigation surrounding Gaetz that has suddenly endangered his political career. What began as an inquiry into sex trafficking and whether Gaetz paid women and an underage girl in exchange for sex has grown into a larger review of public corruption, according to people familiar with the investigation.

Investigators are looking at whether Gaetz and his associates tried to secure government jobs for some of the women, the people said. They are also scrutinizing Gaetz’s connections to the medical marijuana sector, including whether Pirozzolo and others sought to influence legislation Gaetz sponsored. The investigation includes legislation from 2018, when Gaetz was in Congress, and earlier work in the Legislature, according to one of the people.

Pressure on the congressman could build in the coming weeks as Joel Greenberg, a Gaetz associate who has been accused of trafficking a minor for sex, faces a May 15 deadline to strike a plea deal with prosecutors. If he does, Greenberg may be pressed to cooperate with federal investigators and deliver damaging information against Gaetz.

None of the people on the trip to the Bahamas has been charged with a crime. Gaetz has vehemently denied any wrongdoing and has retained high-powered lawyers.

A spokesman for Gaetz said Saturday that Gaetz “is a long-time policy expert on marijuana liberalization and passed legislation on the matter as far back as 2013. Rep. Gaetz has never been influenced by outside groups to take a stance on any given position.”

Beshears and a lawyer for Pirozzolo declined to comment for this story.

The Associated Press spoke with more than 10 people familiar with the dynamic among Gaetz, Pirozzolo and Beshears. Three of the people had knowledge of the investigation. They all spoke on condition of anonymity because they were not allowed to publicly discuss the ongoing investigation.

Gaetz’s interest in medical marijuana dates back nearly a decade, when he was a member of the Florida House of Representatives. Well before he would gain national attention for his steadfast support of Donald Trump, Gaetz would carve out an unusual reputation in Tallahassee as a Republican who wanted to liberalize marijuana laws.

In February 2014, Gaetz co-sponsored the first state effort to allow marijuana for medical use. His proposal allowing the use of a nonhallucinogenic marijuana extract was limited to patients with cancer or a severe form of epilepsy and slowly earned the support of his father, Don Gaetz, who was then serving as president of the Florida Senate and said he was “being pummeled” by his son about supporting it.

People are getting ‘COVID nails,’ and one expert says the unusual lines could be used as an antibody test to prove previous infection

How workplace investigations have pivoted amid #WFH pandemic