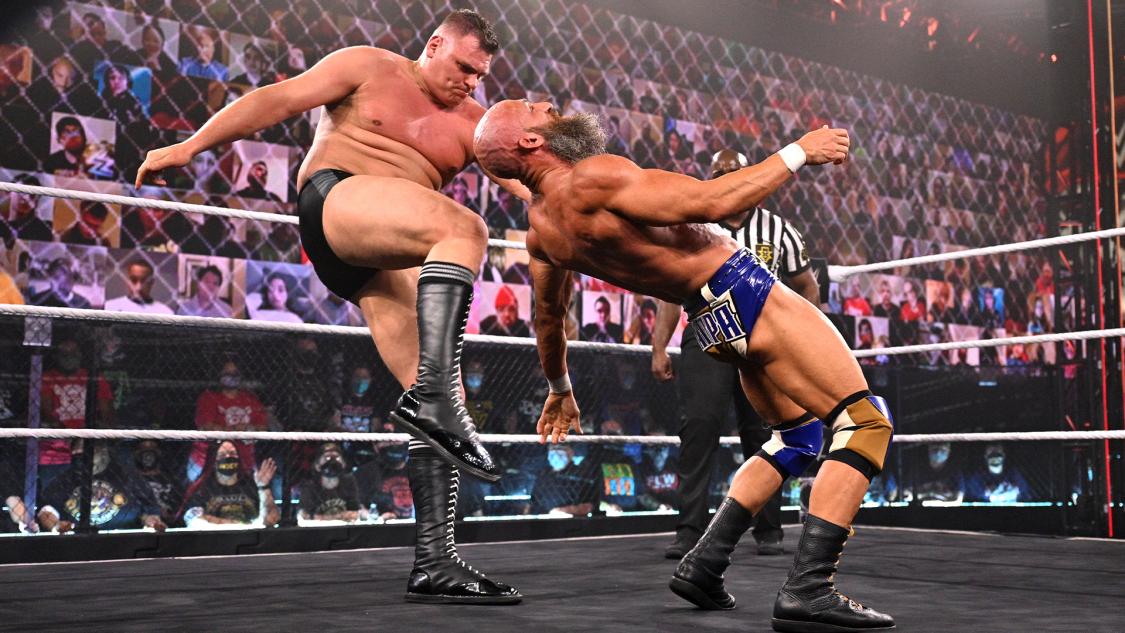 WWE legends Triple H and Shawn Michaels have heaped praise on WALTER and his devastating chops.

The current NXT United Kingdom Champion successfully defended his title in a highly physical contest with Tommaso Ciampa during the first night of NXT TakeOver: Stand & Deliver, and now the black and gold brand bosses have weighed in on his status in the US.

Speaking after the show, Triple H exclusively told Metro.co.uk: ‘To me, he is straight money. He’s gonna travel back home for a little bit, but I’ll be honest with you.

‘There’s a lot of matchups I’d like to see. Realistically, when you just put WALTER’s name next to a lot of people, you just go, “Oh I can’t wait to see that!” ‘

Shawn is the driving force behind NXT UK, and he’s delighted with the Austrian heavyweight’s loyalty to the European brand.

Both HBK and The Game are in awe of WALTER (Photo: WWE)

He added: ‘There isn’t anybody that doesn’t want to be in the ring with WALTER. Certainly for me personally, what I love most about WALTER is he loves NXT UK. He is faithful to NXT UK… I think, like we saw tonight, he’s gonna be our champion for a long, long time.’

The pair were chatting after former WWE superstar Erick Rowan – now RedBeard – called out WALTER for a potential match on social media.

Although they didn’t directly address the challenge, Triple H did suggest that plenty of people think a match with the champ is a good idea until they feel his vicious chops.

‘Everybody wants to face WALTER until they get chopped for the first time, I’ll tell you that! It’s the old Mike Tyson – everybody’s got a plan until you get punched in the mouth,’ he laughed.

‘That chop sounds good on TV until you take the first one and then you’re starting to think, “Why did I come here again?” ‘

WALTER is a talent that has captured the imagination of fans around the world, and while The Game agrees, he explained that there’s no singular reason for him being such an engaging performer.

He added: ‘Look, WALTER’s a machine, different level, different focus ‘If you were to say, “What is it that he does that’s special?” Everything! But what’s special about it? He just does it so well.

‘It’s not a particular thing, or some kind of crazy move or some type of special effect or anything else. He makes the simplest things mean everything.

Missing Indiana woman could be in ‘extreme danger’: police