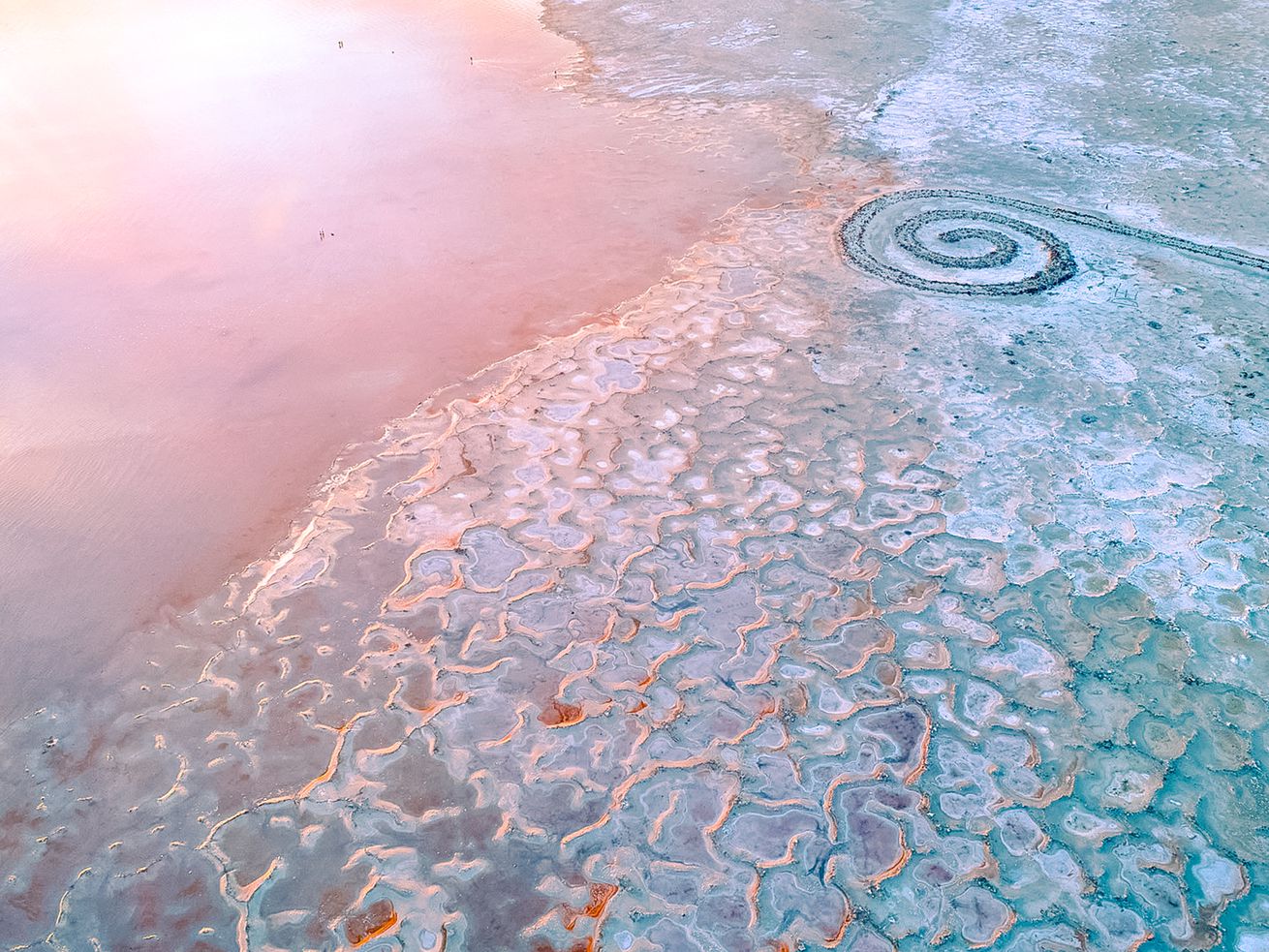 Spiral Jetty is a 15-foot-wide rock-and-earth coil that stretches more than 1,500 feet into the lake. Created by Robert Smithson in 1970, it is one of the most notable large-scale land art pieces of the 20th century. | Mason Coberly for Deseret Magazine

Will the Great Salt Lake go up in dust?

If you skip a rock across the surface of the Great Salt Lake, it will skim and ricochet across the far-reaching, glassy face for what seems like a mile. It’s as if the waters were never introduced to the laws of gravity. Or if they were, it didn’t matter. The lake’s salinity — and in turn, its density — has increased since the mid-1800s. Today, the tourmaline-colored water in the north arm is eight times saltier than the ocean. Rocks, those daring enough to swim and reflections of flushed sunsets are held at the surface of the water — suspended and unable to be lost. But in a cruel illustration of irony, we are losing those waters. As historian Dale Morgan put it in 1947, “It is a lake of paradoxes.” Today, the Great Salt Lake’s volume has dropped nearly 50%. The largest saline lake in the Western Hemisphere is drying up.

Mason Coberly for Deseret Magazine
The Great Salt Lake, like many saline lakes around the world, is drying up.

It’s not a singular case, nor a surprise, to some keeping track of the water of the world. The Dead Sea in Jordan, the Aral Sea in Kazakhstan, the Salton Sea and Owens Lake in California, Lake Poopó in Bolivia, Lake Urmia in Iran — they are all disappearing (or have disappeared) at rates faster than anyone anticipated. One study from the National Audubon Society found that out of nine Western saline lakes, more than half have withered by 50% to 95% from their earliest recorded levels to present.

The Great Salt Lake’s size has always fluctuated. According to the United States Geological Survey, its surface area has varied from about 3,300 square miles at its highest levels in 1986-1987, to about 950 square miles at its lowest level in 1963. But over the course of more than a century of documentation, researchers have been able to account for an 11-foot drop in lake levels due to human development, which has occurred mostly over the past 10 years. That might not sound like a lot when you think of most lakes, but the Great Salt Lake is not like others. Its lakebed is shallow — averaging a depth of just 15 feet and recording a maximum depth of about 33 feet. When water levels drop, more shoreline is exposed than what would be exposed in deeper bodies of water. What’s left behind is a dusty playa full of toxic chemicals and hazardous pollutants. According to research from Utah State University, nearly 50% of the lakebed is now exposed. Approved water developments that are currently underway could take the water …read more

Arizona businesses will be allowed to opt-out and ignore mask orders under law signed by GOP Gov. Doug Ducey