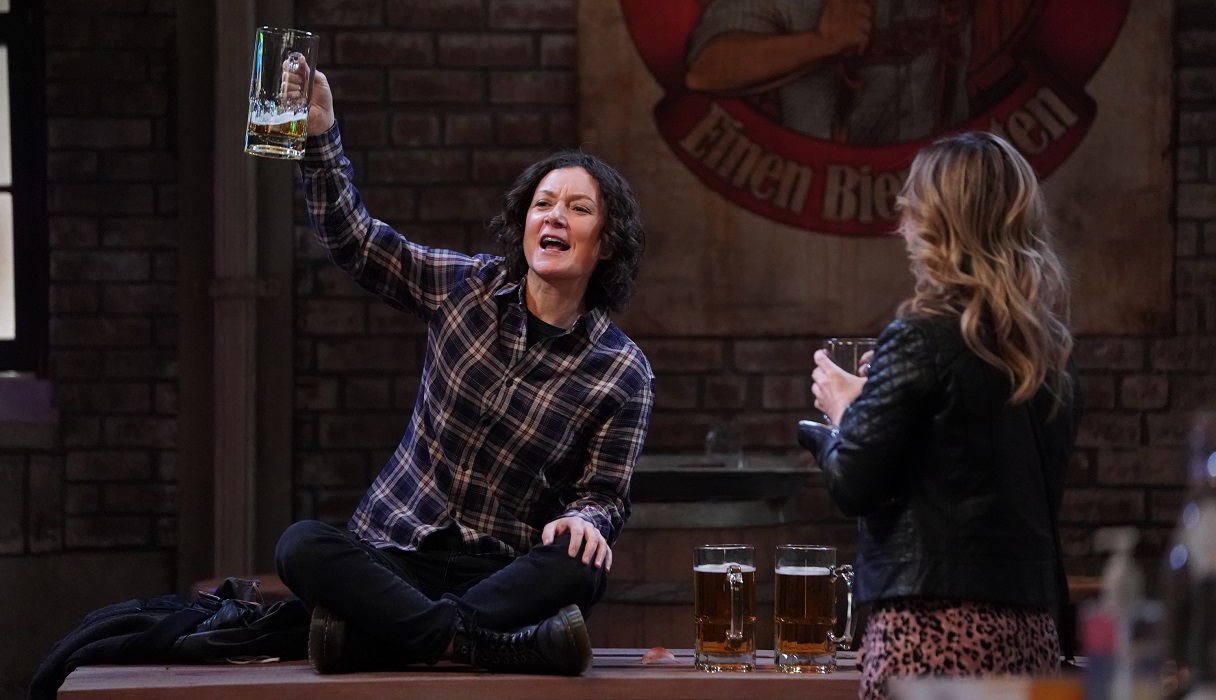 On The Conners episode ‘A Fast Car, A Sudden Loss, and a Slow Decline,’ Darlene (Sara Gilbert) learns some shocking news about her old friend Molly Tilden. It’s been 27 years since they’ve seen each other; they haven’t kept in touch due to that “David thing.” Molly slept with Darlene’s boyfriend David when they were teenagers. Molly was known for being promiscuous.

Molly is portrayed by Danielle Harris, who played Molly back in 1992-1993. Since then she’s landed roles on TV series including That’s Life (Plum Wilkinson), and in films including Halloween (Annie), Hatchet (Marybeth) and Free Willy (Gwenie), among many others.

Danielle has become known as a ‘Scream Queen’ in the biz as she appears in several horror movies including her most recent Redwood Massacre: Annihilation and Between the Darkness.

When not on a TV or movie set, Danielle often models and sometimes in a bikini as seen in the gorgeous photos above and below, which she captioned: “My leather jackets are kinda my security blanket. I feel safe and strong in them. And mayyyybe even a little sexy in my 40’s.”

Harriette Cole: I believe music reflects the soul, and my boyfriend’s is pathetic

The iconic mansion from ‘The Godfather’ is back on the market at a $105 million discount. Look inside the Beverly Hills estate.