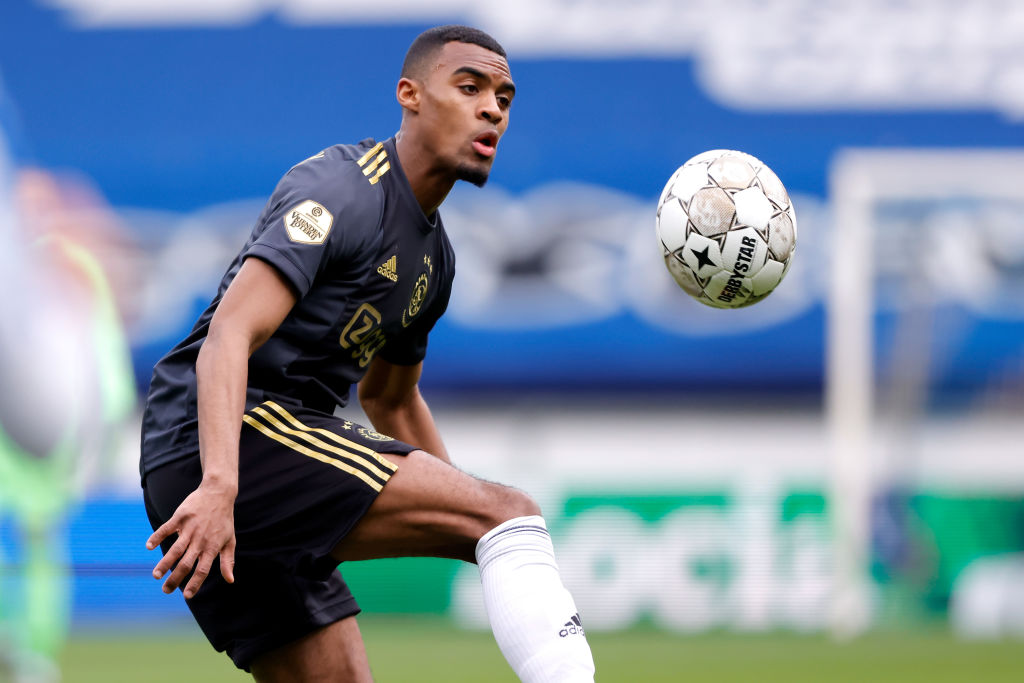 Liverpool and Chelsea are set to battle it out for Ajax midfielder Ryan Gravenberch this summer, with the former viewing him as a replacement for Georginio Wijnaldum.

Gravenberch, 18, is considered one of the hottest prospects in Europe and has already been capped three times by the Dutch national team.

He’s established himself as a regular in the Ajax midfield, turning out 36 times in all competitions for the Eredivisie side this season, scoring four goals and providing six assists.

There are three Premier League clubs, according to Italian outlet Gazetta dello Sport, who are keen on a move for him this summer.

Chelsea, Liverpool and Manchester City all view him as an excellent signing.

For Liverpool, Gravenberch could be a direct replacement for his compatriot Wijnaldum.

Wijnaldum’s future is up in the air, with his contract expiring in the summer, and the Dutch international has been heavily linked with a move to Barcelona.

Gravenberch only signed a new deal last summer and he is expected to cost in excess of £30million.

La Liga leaders Atletico Madrid are another club credited with an interest in the midfielder.

Should Ajax advance beyond the Italian outfit, they could face Arsenal in the semi-finals.

Arsenal take on Slavia Prague on Thursday night as they look to keep their hopes of playing European football next season alive.

New law will make it easier for Westlake Hospital to reopen