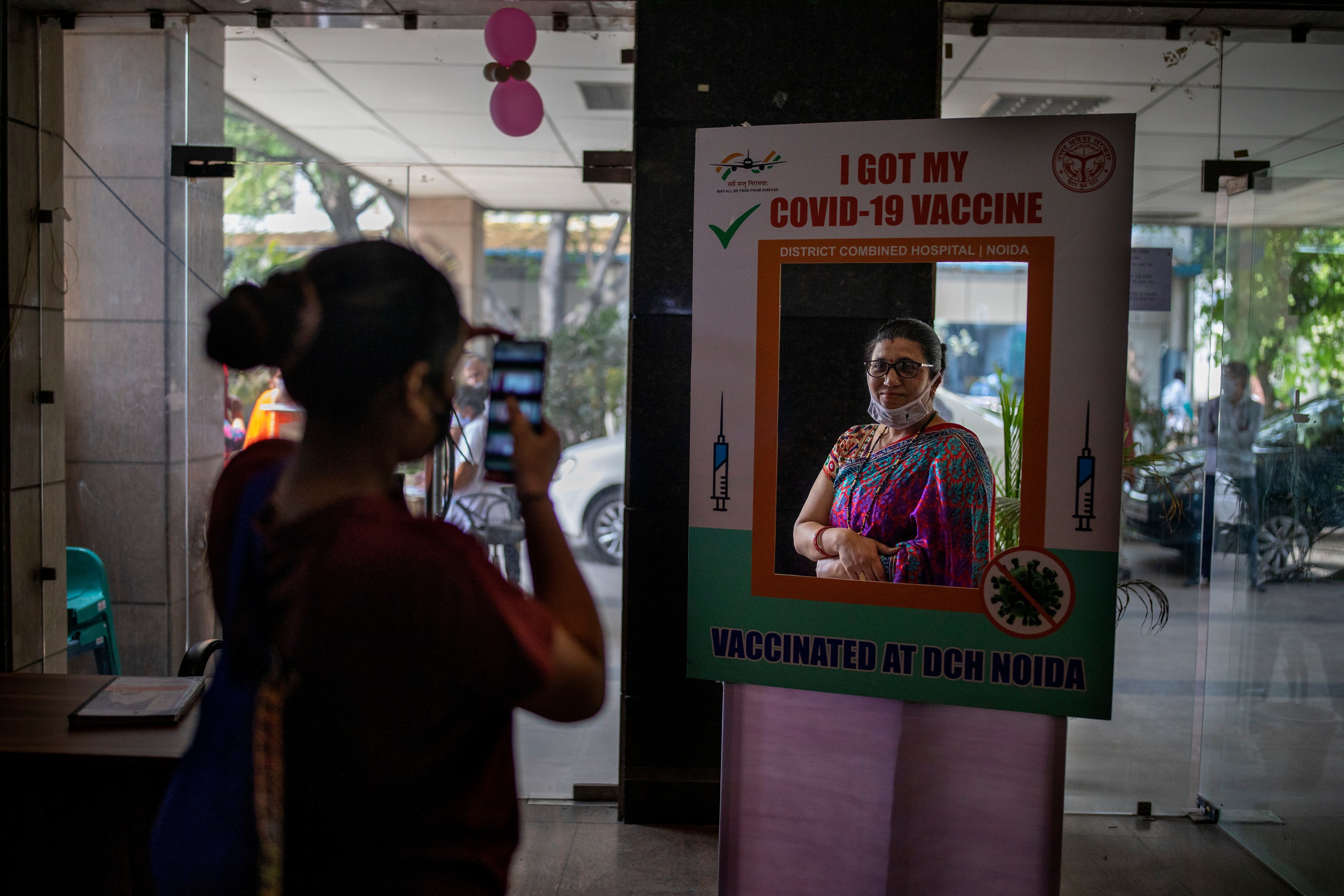 India’s prime minister received his second dose of the COVID-19 vaccine as the country hit another peak Thursday with 126,789 new cases reported in the past 24 hours.

“Vaccination is among the few ways we have, to defeat the virus. If you are eligible for the vaccine, get your shot soon,” Prime Minister Narendra Modi tweeted. He received his first vaccine shot on March 1.

India started its vaccination drive in January. So far, more than 90 million health workers and Indians older than 45 have received at least one shot. Only 11 million of them have received both doses as India tries to build immunity to protect its nearly 1.4 billion people.

The new cases reported by the Health Ministry overtook Wednesday’s 115,736 infections with dozens of cities and towns imposing night curfews to try to contain infections.

Fatalities rose by 685 in the past 24 hours, the highest since November, raising the nation’s toll to 166,862 dead since the pandemic began.

The western state of Maharashtra, the worst hit in the country, accounted for nearly 47% of new infections.

The federal government has refused to impose a second nationwide lockdown, after the first last year had a steep economic impact, but it has asked states to decide on imposing local restrictions to contain the spread of the virus.

India now has a seven-day rolling average of more than 80,000 cases per day and has reported 12.9 million virus cases since the pandemic began, the third-highest total after the United States and Brazil.

— Cambodia is closing the Angkor temple complex to visitors because of a growing COVID-19 outbreak. Cambodia has confirmed 3,028 cases since the pandemic began, but hundreds have been infected in the outbreak that began in February. On Thursday, the Health Ministry said 113 cases were reported from local transmission, with two deaths. The ministry traced the outbreak to a foreign resident who broke hotel quarantine to visit a nightclub. The government closed schools and entertainment venues in response, but as the outbreak grows, a defunct hotel has been converted into a coronavirus hospital and criminal punishments are being imposed for violating health rules. The temples at Angkor, built between the 9th and 15th centuries, are Cambodia’s biggest tourist attraction, though the pandemic has reduced the number of visitors dramatically. The Apsara Authority that oversees the site says the ban on visitors will last until April 20.

— South Korea reported another 700 new cases as the coronavirus spreads at a rate near what was seen during the worst of its outbreak in winter. The numbers released by the Korea Disease Control and Prevention Agency on Thursday brought the national caseload to 107,598, including 1,758 deaths. The daily jump was the highest since Jan. 5 when 714 cases were reported. Around 500 of the new cases came from the densely populated Seoul metropolitan area, which has been the center of the country’s outbreak. South Korea also has wrestled with a slow vaccine rollout, and health authorities are expected …read more

Stock Market: Suez Canal Update! Floating!
US to keep migrant families in hotels as amid rush for space

Jordan king, prince appear together for 1st time since rift

CDC: Variant first identified in UK now most common in US