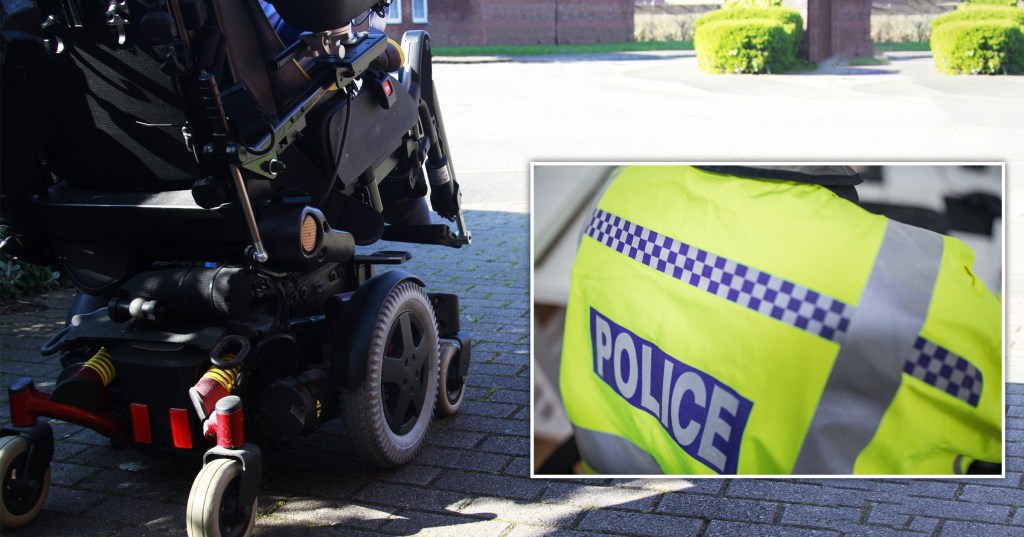 The wheelchair was recovered and returned it to its owner, who relies on it entirely to get around (Picture: Getty Images / iStockphoto)

A man has been arrested after an electric wheelchair was stolen from outside the house of a teenage girl.

It was taken from Junction Road, in Gillingham, Kent, just before 1pm on Easter Sunday.

Police managed to recover the wheelchair and return it to its owner, who relies on it entirely to get around.

Before it was found, a fundraising page was set up to raise money to replace it, which read: ‘A young teenage girl has lost her independence and freedom after thieves steal her wheelchair from outside her home in Gillingham.

‘The teenager has a spinal condition that means she has extreme limitations with the ability to walk.

‘She cannot use public transport, or participate in activities her electric wheelchair gives her the freedom and independence under her protective characteristics.

‘She finds it difficult to use a mobility scooter on buses etc why she had an electric one.

‘The theft has been reported to the police.

It was taken from outside a house in Gillingham, Kent, just before 1pm on Easter Sunday (Picture: Getty Images / iStockphoto)

‘I have set up this crowdfunding page so that we can all collectively give this teenager her freedom back.

‘If the wheelchair is found and not damaged then the money collected will go to a charity of the teenager’s choice.’

Officers discovered the wheelchair in a nearby garage and arrested a 46-year-old man on suspicion of theft.

The mum of the owner told KentOnline: ‘She can’t get the wheelchair in the house so left it outside, and she’s visited before and done that before with no problems, although overnight it was taken.’

The service which supplied the original wheelchair loaned the teenager a temporary manual transit vehicle while police carried out the investigation.

Almost £700 was raised towards a new wheelchair before the fundraiser was closed, and it is now going towards a short holiday for the victim of the theft.

The organiser wrote in an update: ‘This is now closed – The wheelchair has been recovered. Thank you everyone for your support.

‘A post was put out on a Twitter asking donation contributors what to do with the funds.

‘It has been backed by several to give the money to the young lady who could have a little weekend break.

‘She has suffered through the loss of her electric wheelchair and her Easter ruined by the thief, whose was caught and the wheelchair being recovered.

‘I withdraw the funds this evening allowing time if no objections to this going as victim support direct to her.’

London: How to find a beer garden near you