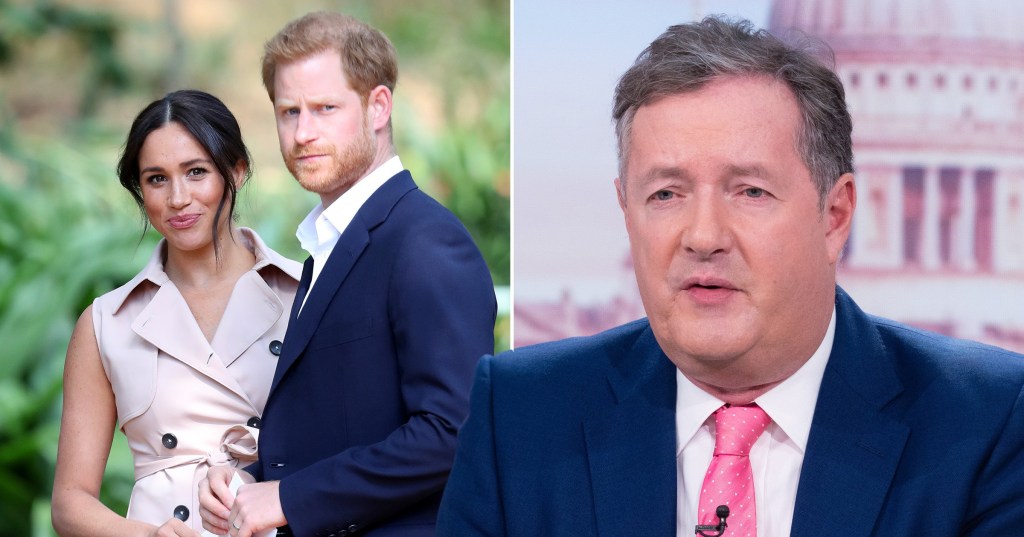 Piers Morgan has claimed he’s received messages of ‘gratitude’ from ‘several members of the Royal Family’ following his well-publicised criticism of Meghan Markle.

According to the former breakfast host, he’s not been ‘cancelled’ and instead has apparently been thanked for ‘standing up’ to the Duke and Duchess of Sussex following the pair’s interview with Oprah Winfrey interview.

The journalist has emerged as one of the couple’s biggest critics and left his job at the ITV flagship show Good Morning Britain last month after saying he did not believe what Meghan told Oprah in her bombshell interview, after the duchess raised allegations of racism as well as saying she’d felt suicidal during her time in the UK.

Following his appearance on Tucker Carlson’s Fox programme earlier in the week, Piers continued his US TV circuit run and appeared on Extra to discuss the continued fallout from his criticism of Meghan, telling host Billy Bush he has the backing of some members of the Royal Family.

He said: ‘I’ve had some messages communicated to me on behalf of several members of the Royal Family.’

Asked if the support came from ‘upper-level people,’ Piers replied: ‘I’m not going to go into who it was. But what I would say is, gratitude that somebody was standing up.’

The former tabloid editor previously said he did not believe Meghan after she told Oprah she was ignored after raising her mental health problems with figures at the palace.

The duchess also said there had been racist comments about son Archie’s skin tone before he was born.

After doubling down on his thoughts earlier on the week, speaking on Extra Piers said his only regret from the controversy was briefly walking off the set of GMB following a heated clash with colleague Alex Beresford.

Piers stressed he returned to the programme that morning. And he dismissed claims his stance on Meghan and Harry is racist.

He said: ‘I’m not a racist. Nothing I’ve ever said about Meghan Markle is either racist or racially motivated. I’ve been very critical of Prince Harry and last time I checked he was white and so I find this narrative deeply offensive.’

Asked what he would say to Meghan if given the chance, Piers said he would ask for an interview similar to the one she and Harry gave to TV stalwart Oprah.

‘I would say to Meghan Markle, “Look, sit down with me, with your husband for an equally long interview and let me ask you more difficult questions about all your claims.

‘Maybe I’ll autograph a bag of frozen peas for him!’ – Rory McIlroy reacts after hitting his dad with errant Masters approach shot

Five activities to help your children be more mindful