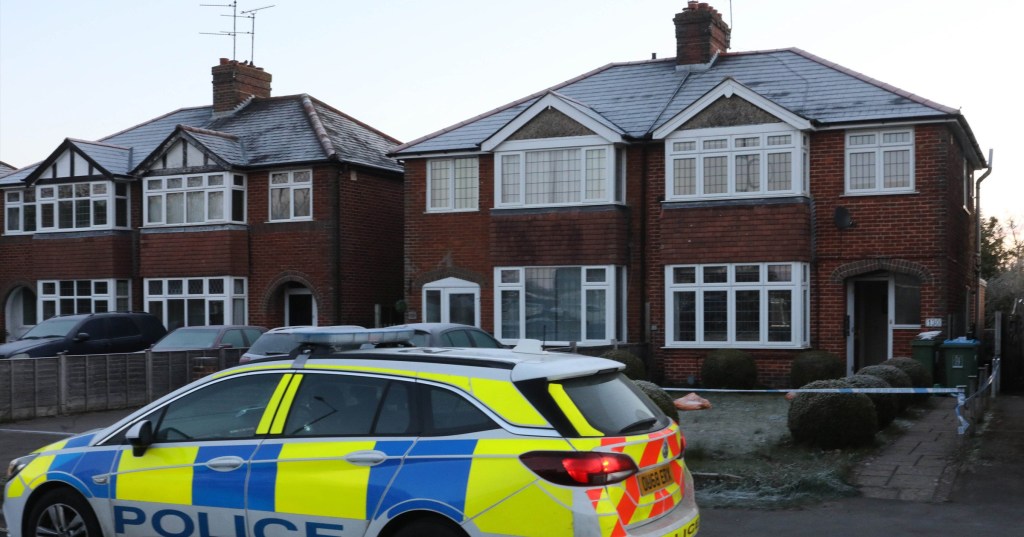 Police were called to a property in Wendover following reports of an assault (Picture: UKnip)

A man has been arrested on suspicion of murder after a pensioner died of ‘serious injuries’ at home.

Police were called to a property in Wendover, Buckinghamshire, shortly before 5.30pm yesterday to reports of an assault.

The elderly 77-year-old man had sustained grave injuries and died at the property. His next of kin have been informed and will be supported by specialist officers.

A 36-year-old man, from Aylesbury, is currently being questioned in custody.

Officers said the two men involved were known to each other.

Thames Valley Police’s Detective Superintendent Kevin Brown said: ‘Firstly, I would like to give my condolences to the family and friends of the man who has sadly died.

We are currently in the very early stages of this investigation.

‘The people involved were known to each other and an arrest has been made.

‘There will be some disruption in the area over the next few days as the investigation continues.

‘I would like to take the opportunity to thank the local community for their co-operation and patience at this time.’

Anyone with information is asked to contact Thames Valley Police on 101 or Crimestoppers anonymously on 0800 555 111.

Stock Market: Suez Canal Update! Floating!
How many horses have died at the Grand National?