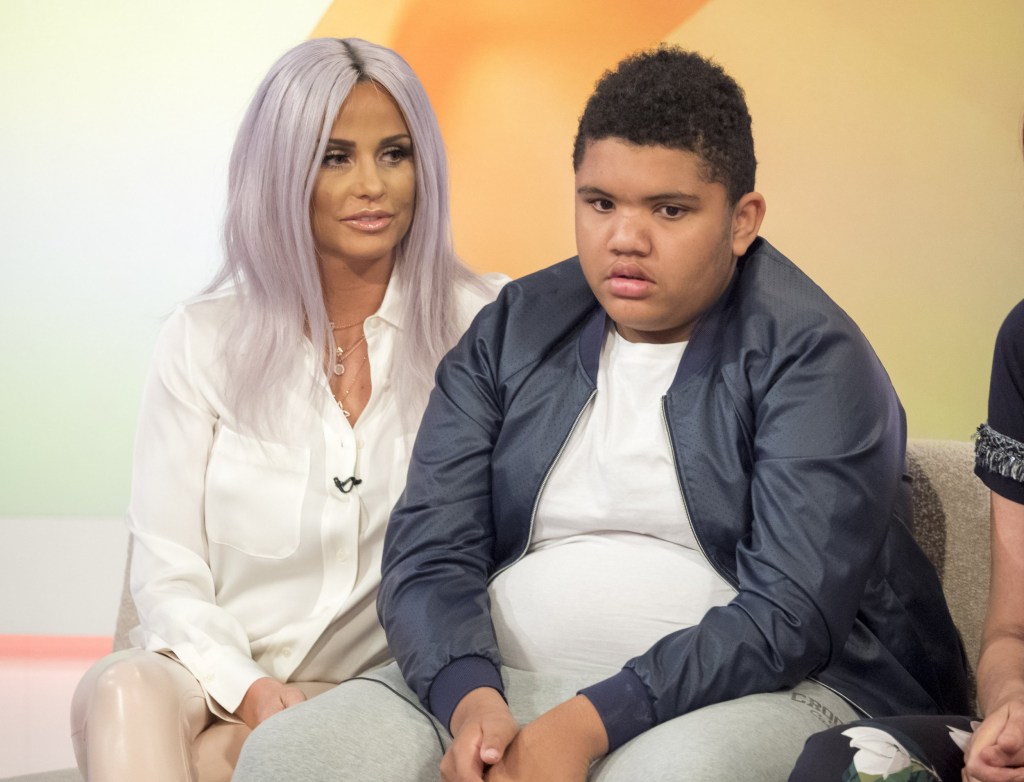 Katie Price has slammed celebrities with autistic children who don’t use their platform to ‘raise awareness’ or support families in a similar situation.

The 42-year-old made her feelings known as she praised Boyzone star Keith Duffy for his appearance on Channel 5 News to talk about his daughter Mia.

Katie has spoken openly in the past about raising 18-year-old son Harvey who is on the autism spectrum.

Taking to social media she shared a strongly worded message on her Instagram Stories.

The former glamour model said: ‘Good to see Keith Duffy talking about autism and being accepted.

‘I know other celebs who have children with Autism who could also help make awareness and support family’s (sic) and offer support but don’t and makes me think they are ashamed or embarrassed they have a child with Autism because they are happy to be in the limelight themselves but don’t use their status for a good purpose that can make a difference.’

In his interview Keith spoke about how it took more than two years for his 21-year-old daughter to receive her diagnosis.

‘We didn’t know what was going on, like most parents, we thought she might have had a hearing problem. We got a hearing test done and that was fine and it takes you a while to figure out what is going on.

‘We knew nothing about autism at the time, we hadn’t a clue about what we were even looking for, so that was an even bigger obstacle for us to climb.

‘When she was about 18 months old, this word autism kept coming into our lives, and we were put on a waiting list for diagnosis of two-and-a-half years, and yet anybody you speak to will tell you early intervention is essential for any child on the spectrum.’

Former Boyzone star @officialkeith has been campaigning for better understanding and acceptance of autism since his daughter Mia was diagnosed when she was 18 months old.

Keith said at the time help and advice was minimal, so he decided to help by sharing his experiences. pic.twitter.com/Ackau6vjQX

Autism is a lifelong developmental disability which affects how people communicate and interact with the world.

Harvey was also born with septo-optic dysplasia, Prader-Willi syndrome and a learning disability.

Katie has raised the teenager as a single mum as his father, former footballer Dwight Yorke, has little to do with them.

She has four other children – Princess and Junior from her marriage to Peter Andre, and Bunny and Jett from her relationship with Kieran Hayler.

Mother calls 911 from police station about smothering daughters, 1 and 6, to death