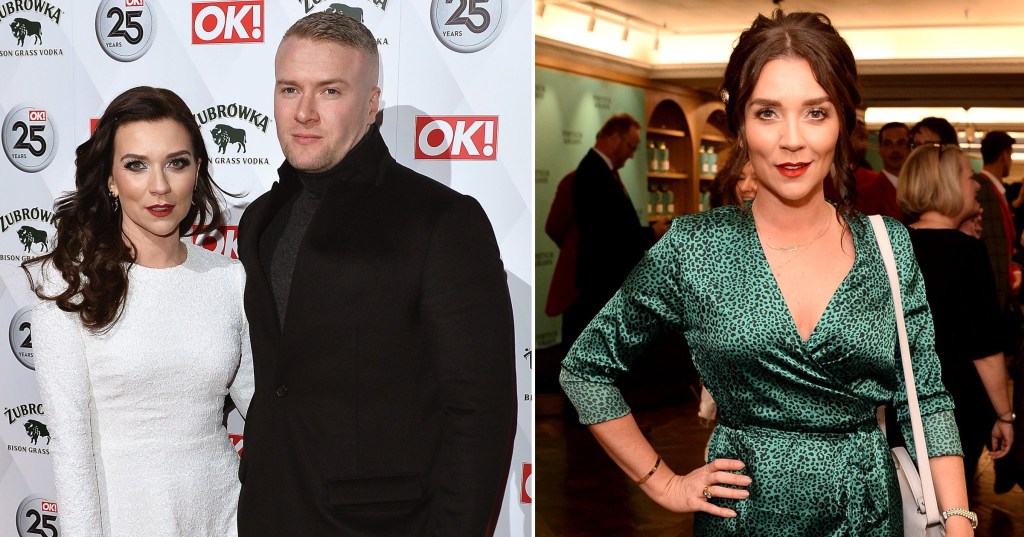 Candice Brown had the ‘worst year’ with lockdown affecting her business and the break-up of her marriage (Picture: Rex)

Candice Brown has opened up on the ‘hardest year’ of her life, in which her marriage broke down, her business suffered due to lockdown and she struggled with her mental health.

The former Bake Off winner, who was the 2016 champion of the show, revealed that she doesn’t know how she is ‘still going’ after all the difficulties she faced.

Candice, 36, opened up on her split from tree surgeon ex-husband Liam Macauley last July after less than two years of marriage.

She told The Burnt Chef Journal podcast: ‘I had a very difficult year last year — the hardest of my life.

‘Mental health is something I’ve always struggled with. I also got diagnosed with ADHD, hence the disorganisation and forgetfulness.’

Candice and Liam had been together since 2012 and married since 2018 (Picture: Dave Benett/Getty Images for Warner Bros. Studio Tour)

Candice also faced difficulties after her pub, the Green Man in Eversholt, had to close for many months due to the coronavirus pandemic.

She revealed: ‘On the days we were shut and towards the end of the year I said, “I don’t know if I can do this on my own if lockdown happens again. I just can’t do it.”

‘I need to be on the go all the time and that silence and darkness on top of a brain that can be quite dark anyway was a lot.’

Candice’s split from Liam was revealed in August, after reports claimed he moved out of the pub they had lived in together in Milton Keynes.

The pair had been together since meeting in a bar Liam worked at while studying for a degree in 2012, and had announced their engagement in 2017, a year after she appeared on Bake Off, winning the show.

More: The Great British Bake Off

The couple tied the knot at Château de Varennes in Burgundy, France, in September 2018, but announced their split just a weeks shy of their two-year wedding anniversary.

She revealed that she has been diagnosed with clinical depression, PTSD and chronic phobia after suffering with her mental health for several years.

Woman in 50s fighting for her life after axe attack

When is Easter 2022 and why do the dates change every year?