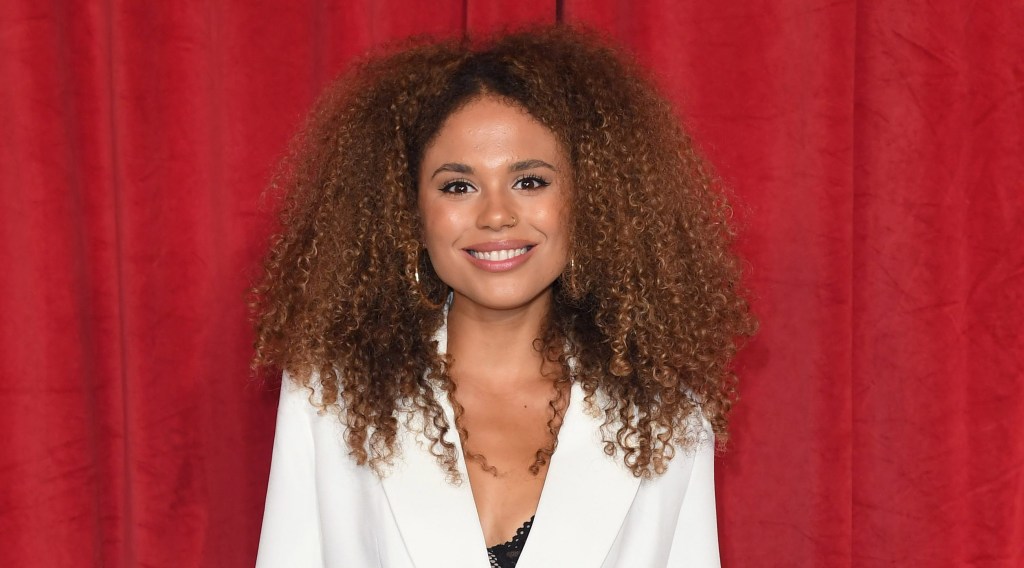 Jessica Plummer felt like ‘part of her had died’ after Chantelle’s death (Picture: WireImage)

EastEnders star Jessica Plummer has opened up about watching Chantelle’s death play out on screen, explaining that she was in ‘mourning’ for her character.

The actress starred as hairdresser Chantelle Atkins in the soap for two years, before dying at the hands of abusive husband Gray (Toby-Alexander Smith)

Weeks of distressing scenes led up to the harrowing moment the lawyer pushed his wife during a row, causing her to fall on an open dishwasher.

She fatally wounded herself on a knife, with Gray’s part in her demise still not known.

Speaking about the plot, Jessica – who is fronting a campaign for Pantene’s Silky & Glowing range – explained that she came off social media after her final scenes aired.

‘The response was phenomenal,’ she told Metro.co.uk. ‘It was weird to me because not only was I saying goodbye to a huge chapter of my life and loads of people that became really prominent people in my life.

Gray has not yet been brought to justice over Chantelle’s death (Picture: BBC)
https://www.instagram.com/p/CFSoi_bBQC6/

‘It was like I was saying goodbye to my character and I was mourning her, in a way.

‘I remember on that Friday, watching that episode… I had to do the social media thing and say my thank yous, but I had to just turn my phone off and come off of social media for a couple of weeks.

‘It was really weird and it’s going to sound dramatic but I felt almost like a part of me had died. Because I was receiving messages like, “Rest in peace”. It was like, “Have I died? Why are people telling me to rest in peace?!”’

As Jessica is no longer part of the cast, she has to catch up on the storyline like the rest of us – and she’s really enjoying staying relatively spoiler free.

And she has her fingers crossed that the truth will come out about how Chantelle died.

She added: ‘I’m sure Chantelle will get her justice one day, she has to.’

MORE : Riz Ahmed on Oscar-nominated Sound of Metal role: ‘Deaf people taught me what listening is’

Missing Indiana woman could be in ‘extreme danger’: police