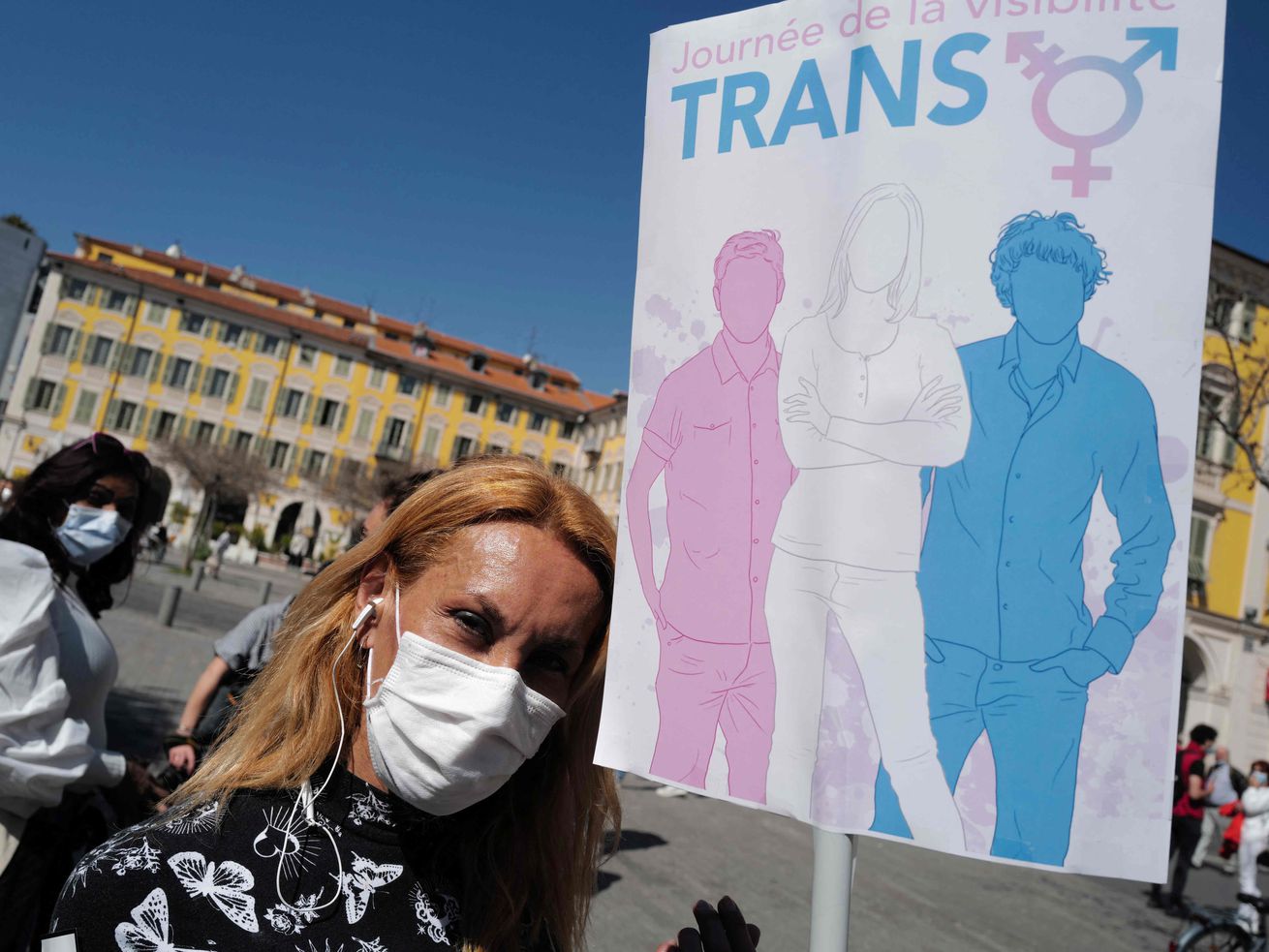 A transgender person holds a placard as she takes part in the “International Transgender Day of Visibility” in Nice, France, on March 31, 2021. | Getty

In our hyper-hysterical culture, it’s becoming less and less possible to engage in these debates where they belong — in the realm of science and journalism.

Seventeen legislatures are considering laws that would dictate how medical personnel can treat transgender youth — the latest flash point in the culture war.

Arkansas Gov. Asa Hutchinson surprised observers this week when he vetoed one of those bills. It would have outlawed puberty blockers, cross-sex hormone treatment and “gender affirming” surgeries for children.

The Arkansas legislature and 16 others are attempting to big-foot a complex issue. With rare exceptions (such as limitations on assisted suicide and abortion), legislatures are not the best place for decision-making about medical issues. But in our hyper-hysterical culture, it’s becoming less and less possible to engage in these debates where they belong — in the realm of science and journalism.

Questions about how best to treat children with gender dysphoria surely belong in the evidence-based world of medical science, psychology and psychiatry, and in the journals, newspapers, books and websites that test ideas for reliability and truth. Jonathan Rauch’s new book, “The Constitution of Knowledge,” is a brilliant meditation on how the mechanisms of truth-testing have evolved over the centuries.

The American Civil Liberties Union lists all legislation touching upon transgender issues (even those pertaining to children) under the heading of “anti-trans” bills. And many a feminist, including J.K. Rowling, has been labelled a TERF (trans-exclusionary radical feminist) for disputing some parts of gender ideology.

We are in the early stages of understanding gender dysphoria. Yet, there has been a stampede toward an arguably risky approach to treating children that involves drastic interference with both physical and psychological development.

Perhaps, in time, we will learn that gender-affirming treatments are the best response to children with this kind of unhappiness. But those who object that these treatments have not been proven to be safe and effective deserve a hearing. We are delaying the distribution of the COVID-19 vaccines to children because it hasn’t yet been fully tested on those under 16. Yet, the use of puberty blocking drugs has been widely adopted despite the lack of clinical trials.

As the Economist reported:

“Because they are not licensed for gender medicine, drug firms have done no trials. Record-keeping in many clinics is poor. A 2018 review by researchers at the University of Melbourne described the evidence for their use as ‘low-quality.’ In December, British judges likewise flagged the lack of a ‘firm evidence base’ when ruling that children were unlikely to be able to give meaningful consent to taking them.”

Think health foods are too expensive? Check out these cheap superfood alternatives

Nearly 600 Chicagoans are testing positive every day on average, a figure that has more than doubled since March (LIVE UPDATES)

Your daily horoscope for Wednesday, April 7, 2021