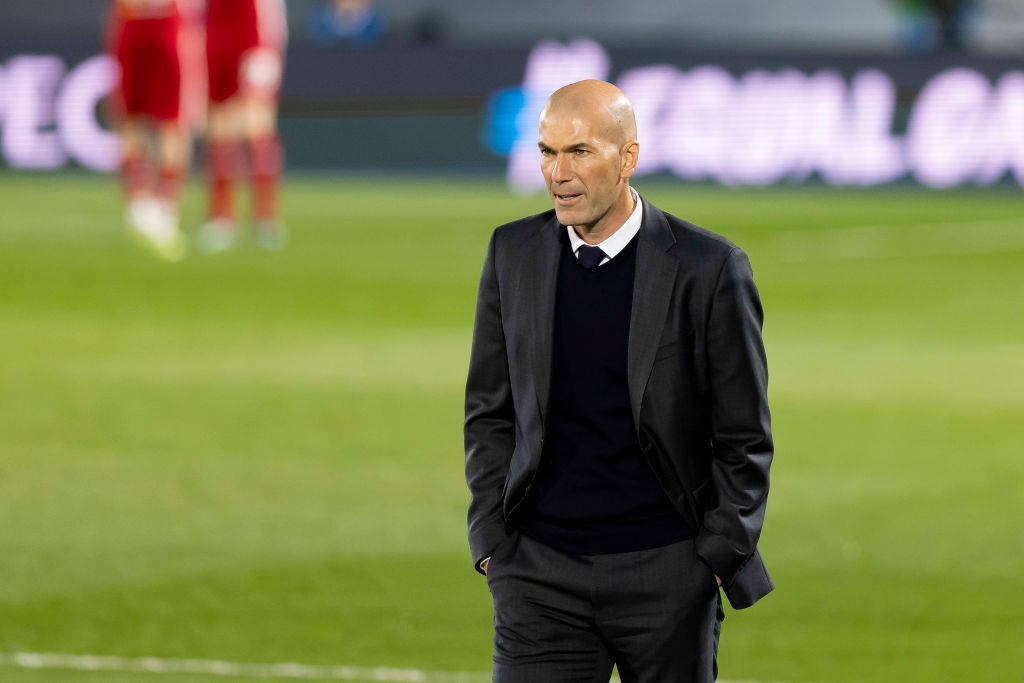 Real Madrid boss Zinedine Zidane refused to rule himself out of a return to Juventus following speculation that he could replace Andrea Pirlo.

The Frenchman spent five years in Turin before Madrid made him the most expensive player in the world with a £47.5million move to the Bernabeu in 2001.

Zidane’s managerial career has been spent in the Spanish capital, with the 48-year-old returning to the Bernabeu for a second stint in charge in 2019 after 18 months away.

However, the pressure is constant at the Bernabeu and Zidane’s position is already under scrutiny heading into the summer – particularly as rivals Atletico Madrid are currently top of La Liga.

It’s led to reports that Zidane could return to Turin in a bid to revive former side Juventus and the Frenchman didn’t exactly play down the reports after Madrid’s win against Liverpool on Tuesday night.

‘Italy is always in my heart and Juventus has always been important to me,’ Zidane told reporters.

Zidane relieved some of the pressure on him with a 3-1 win against Liverpool in the Spanish capital.

It means Madrid are favourites to progress to the semi-finals of the Champions League and they’ll be thankful that spectators are not permitted to attend for next week’s second leg at Anfield.

Marco Asensio scored either side of a brace from Vinicius Junior, while Mohamed Salah scored Liverpool’s away goal.

Stock Market: Suez Canal Update! Floating!
What lockdown rules will change on May 17?

What is the Duke of Edinburgh Award and when was it founded?