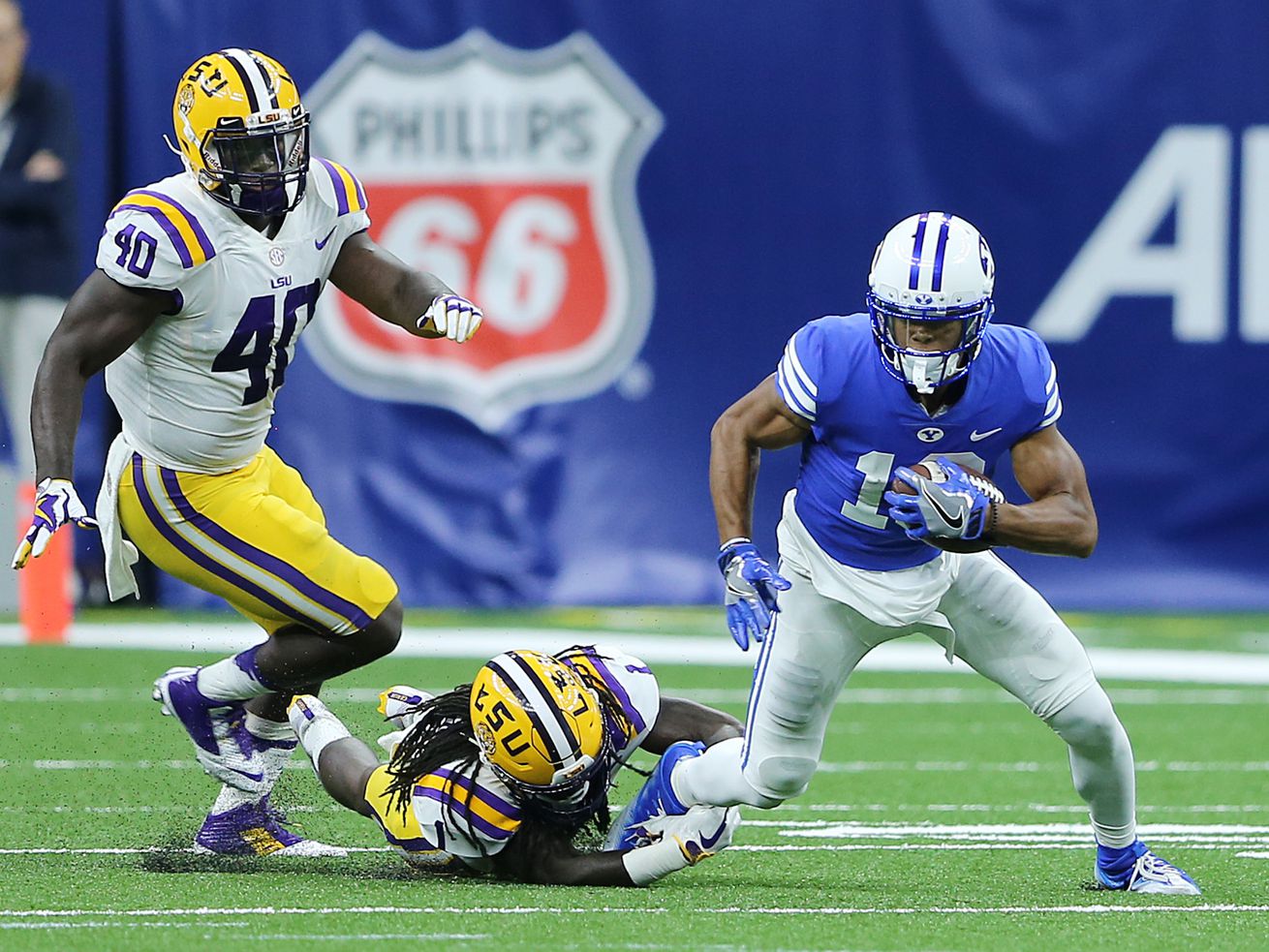 Former BYU receiver Micah Simon went to bed the night of March 26 with a big grin on his face, which isn’t unusual considering the Texan was always one of the most positive, pleasant players around during his time with the Cougars from 2015 to 2019.

Simon not only ran an eye-popping time of 4.34 seconds in the 40-yard dash at BYU’s pro day, he ran crisp routes in the Indoor Practice Facility and caught every pass thrown to him by probable NFL top-two draft pick Zach Wilson.

The phone call Simon got the next morning would make that ever-present grin even bigger, and change his life.

Carolina Panthers general manager Scott Fitterer called, said he and offensive coordinator Joe Brady were at BYU’s pro day, and were so impressed by Simon that they wanted to sign him to a three-year, minimum salary contract as quickly as possible.

“I was kinda blown away. Yeah, just a total surprise for me. I had never heard from the Panthers, other than normal pre-draft stuff last year where they make sure they have the right contact information for you. My agent (Harold Bicknell) hadn’t heard from them at all.” — former BYU receiver Micah Simon.

“I was kinda blown away,” Simon told the Deseret News last week. “Yeah, just a total surprise for me. I had never heard from the Panthers, other than normal pre-draft stuff last year where they make sure they have the right contact information for you. My agent (Harold Bicknell) hadn’t heard from them at all.”

For the 5-foot-11, 197-pound Simon, it was not only a dream come true, but validation that months and months of sticking to his training regimen when he went undrafted and without a training camp invite last spring was worth it.

“There were plenty of times when I wasn’t sure if I should still chase the dream or not,” he said from his home in Dallas. “It has been a crazy year.”

Kristin Murphy, Deseret News
Micah Simon smiles during an interview after football practice at BYU in Provo on Monday, July 31, 2017. After inking a deal with the Carolina Panthers following an excellent performance in last month’s pro day at BYU, Simon is grinning again.

Two days after Fitterer called, Simon flew to Charlotte, North Carolina, and took a physical, met with Carolina’s doctors and trainers, and then signed the contract on March 30.

He was back in Dallas at the end …read more

Instant analysis: No. 1 Jazz lose some ground at the top of the West with loss to No. 2 Suns

Sports on the air: Here’s what games are on TV and radio for the week of April 11-17

Tony Finau got a call during Masters delay, from Tom Brady

Utah basketball reportedly getting another player back from the transfer portal