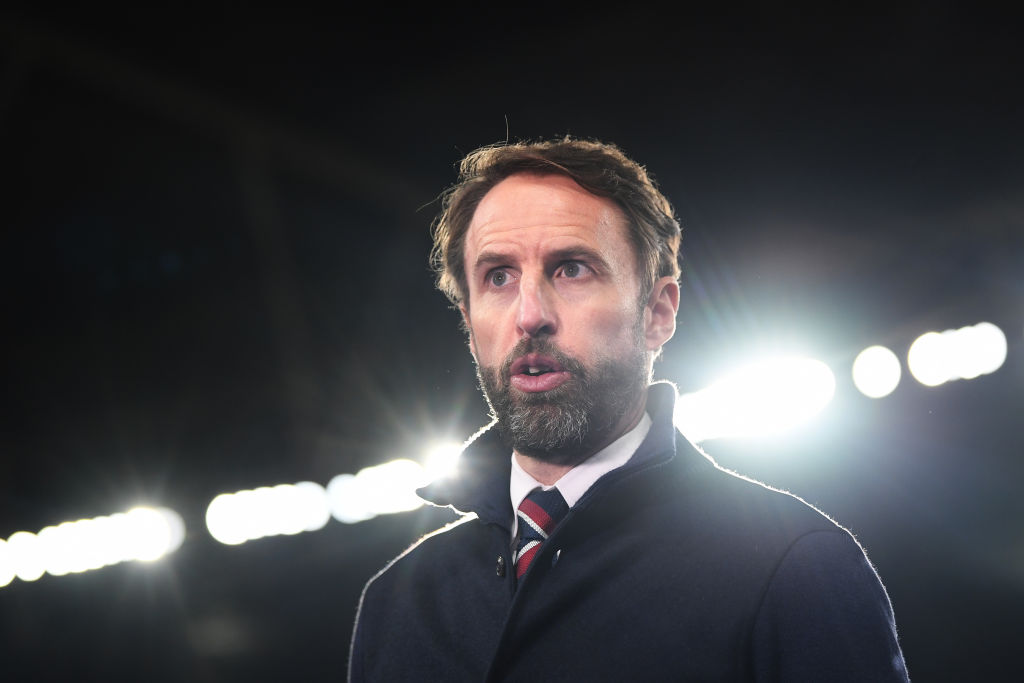 Former Liverpool and England striker Michael Owen has selected his preferred attacking line-up for the Three Lions at the European Championships this summer.

With a plethora of forward options at his disposal, one of Gareth Soutgate’s biggest dilemmas will be which players he fields in attack when England’s Euro 2020 campaign kicks off in just over two months’ time.

The Three Lions face Croatia on June 13 in their first group game before playing Scotland and Czech Republic, with all three group matches taking place at Wembley.

Should Southgate use the 4-2-3-1 system he favoured in England’s World Cup qualifiers in March, Owen wants Jack Grealish to play as the No.10, Raheem Sterling on the left, Phil Foden on the right and Harry Kane leading the line.

‘This is definitely the other area that is a real conundrum for Gareth Southgate,’ Owen told Stadium Astro.

‘In terms of centre-forward there’s only one player, that’s Harry Kane, he’s written in stone.

‘What we’re thinking England will do is play four at the back, two holding midfield players in a Rice and Henderson if he’s fit maybe, or the lad from Leeds [Kalvin Phillips] has been playing in recent games.

‘And then we think there’s going to be three players in behind Harry Kane.

‘You could list so many, Rashford, Foden, Grealish, Maddison is not really getting a mention, Sancho is another one that could be considered.

‘I think he might find a place for Foden, I think Rashford’s pace is going to be really important. You’ve got to have Sterling in your team, he’s been fantastic over the years.

‘If it was me, I would go Grealish as No.10, Foden on the right and Sterling on the left and maybe use Rashford as an impact player.’

Labour on course to lose Hartlepool by-election to Tories

In terms of other contentious positions in the team, Owen feels Southgate will stick with Jordan Pickford between the sticks and tipped Chelsea’s Reece James to start at right-back ahead of the likes of Trent Alexander-Arnold, Kyle Walker and Kieran Trippier.

‘I think that Southgate is going to stick with what he’s got and go with Pickford,’ he added. ‘Reece James is probably the likeliest player to play right-back.’

MORE : Marcus Rashford or Jack Grealish? Gary Neville and Jamie Carragher disagree over who should start for England

Who is Adil Ray, who is replacing Piers Morgan on Good Morning Britain in April?

When football was electric, hockey was tabletop and tennis was Pong