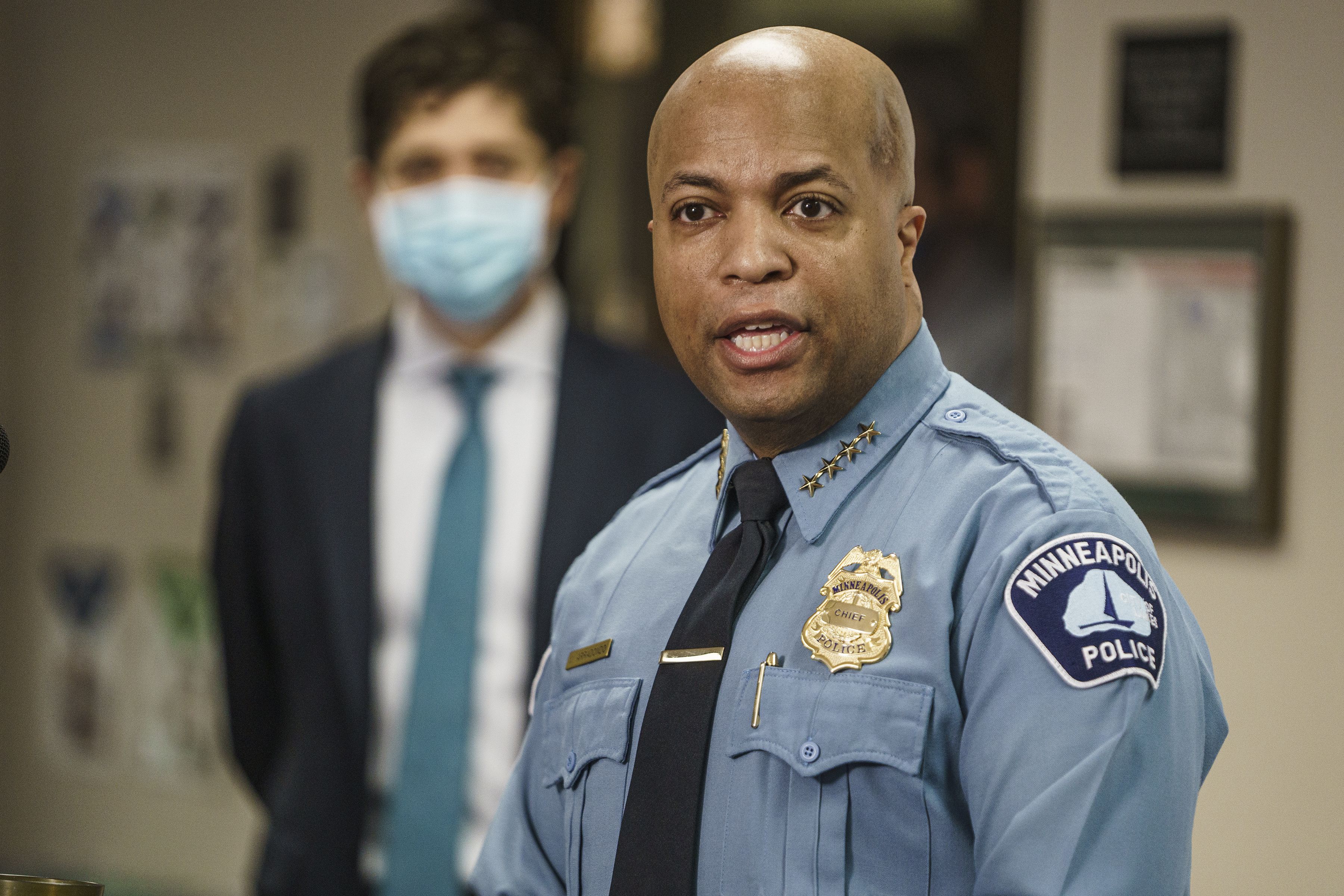 Minneapolis Police Chief Medaria Arradondo was a star witness for the prosecution Monday at the trial of a former officer charged with killing George Floyd, repeating the criticism he levied after Floyd’s death.

Arradondo, the city’s first Black chief, fired Derek Chauvin and three other officers the day after Floyd died, and soon afterward labelled it “murder.” He testified Monday that Chauvin’s actions were counter to his training and to department values.

It’s a familiar message. Arradondo has spent the months since Floyd’s death trying to transform a police department derided by critics as brutal and resistant to change, while fighting to preserve it from a liberal City Council that wants to replace it with a public safety unit or cut the number of officers.

FROM PATROL OFFICER TO POLICE CHIEF

Arradondo, a fifth-generation Minnesotan, joined the Minneapolis Police Department as a patrol officer, eventually working his way up to precinct inspector and head of the Internal Affairs Unit, which investigates officer misconduct allegations. Along the way, he and four other Black officers successfully sued the department for discrimination in promotions, pay and discipline. His predecessor, Janee Harteau, promoted him to assistant chief in early 2017.

He took over months later, after Harteau was forced out over the fatal shooting of Australia native Justine Ruszczyk Damond, who had called 911 to report a possible sexual assault behind her house. The Black officer in that case was convicted of third-degree murder and is serving a 12 1/2-year term. Damond’s death came two years after 24-year-old Jamar Clark, who was Black, was killed in a scuffle with two white police officers, setting off weeks of protests; neither officer was charged.

When Arradondo was tapped to lead the Minneapolis Police Department in 2017, he faced a public newly outraged by Damond’s death and still carrying deep mistrust over the killing of Clark.

Many hoped he could change the culture of a department that critics said too frequently used excessive force and discriminated against people of color. He spoke of restoring trust during a swearing-in ceremony that became a community celebration featuring song, dance and prayer.

Arradondo made some quick changes, including toughening department policy on use of body cameras and requiring all officers to go through training that stresses respectful interaction with the public. But he was criticized following Floyd’s death. Council member Steve Fletcher said Arradondo was lenient in his first year as chief as he worked to build department morale, which made it more difficult to get rid of problem officers later.

Arradondo quickly fired the four officers at the scene of Floyd’s death.

Derek Chauvin, the white officer seen on video pressing his knee into Floyd’s neck for 9 minutes, 29 seconds, was charged with second-degree murder and other counts. City records show he had 17 complaints against him, only one of which resulted in discipline. He also shot two …read more