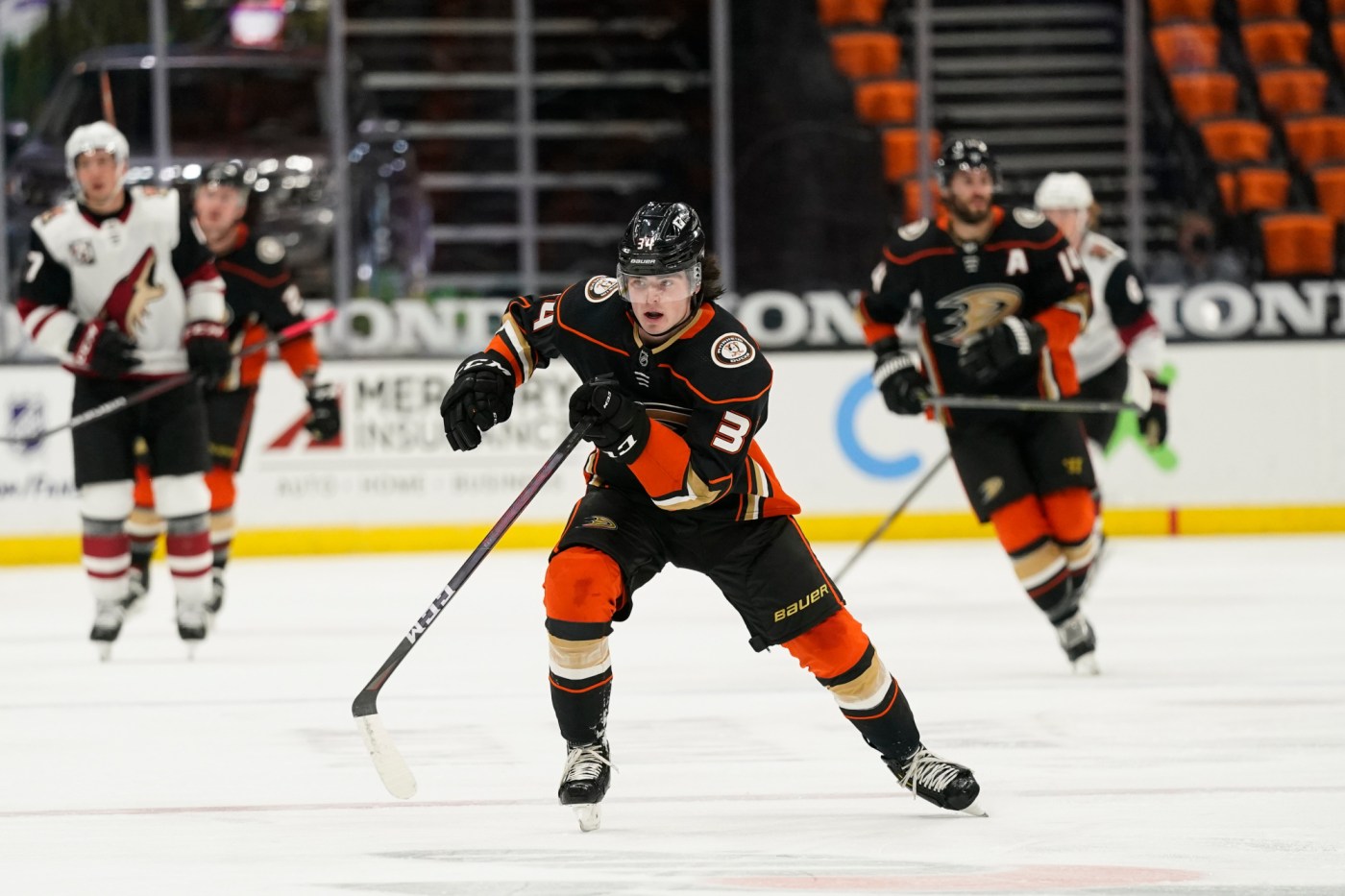 Squandered leads, injuries to key players, lack of scoring and lack of consistency have played significant roles in the Ducks’ demise this season, but nothing stands out as much as their NHL-worst power play, clicking at just 10.5 percent going into Tuesday’s game against the San Jose Sharks.

The Ducks had the fewest power-play goals with nine and the fewest chances with 86 before facing the Sharks. Five of their man-advantage goals have come while skating five-on-four, two came on four-on-three situations, one came on a five-on-three and another on a six-on-four.

Coach Dallas Eakins tried a new approach the past two games, one he might stick with for the rest of the season. One five-man unit was composed of younger players and the other was made up of veterans. The changes failed to provide the desired results, but nothing else has worked either.

The younger power-play group was an intriguing group that included Max Comtois, Jamie Drysdale, Isac Lundestrom and Trevor Zegras (before Zegras was reassigned to the San Diego Gulls of the AHL on Monday). Adam Henrique, Cam Fowler and Jakob Silfverberg were included in the older unit.

“The thought is to try to start building the pieces for down the road and maybe it turns into a little competition (between the units),” Eakins said. “You’ve got a bunch of young guys on the one power play and a bunch of older guys on the other one. (The kids) have the ability to move the puck quickly.

“Drysdale can get the puck through to the net, so does ‘Z.’”

Eakins referred to Zegras by his nickname.

Of equal or greater concern is increasing the Ducks’ ability to draw penalties. Recent games have produced only one or two man-advantage chances and the lack of opportunities has coincided with a lack of power-play goals. They faced an eight-game power-play drought going into Tuesday.

Ducks facing numerous challenges as they head toward the stretch run

The problem is of the Ducks’ own making, according to Eakins. Skating harder to the net, making defenders choose between giving up a scoring chance and taking a penalty, could create more …read more