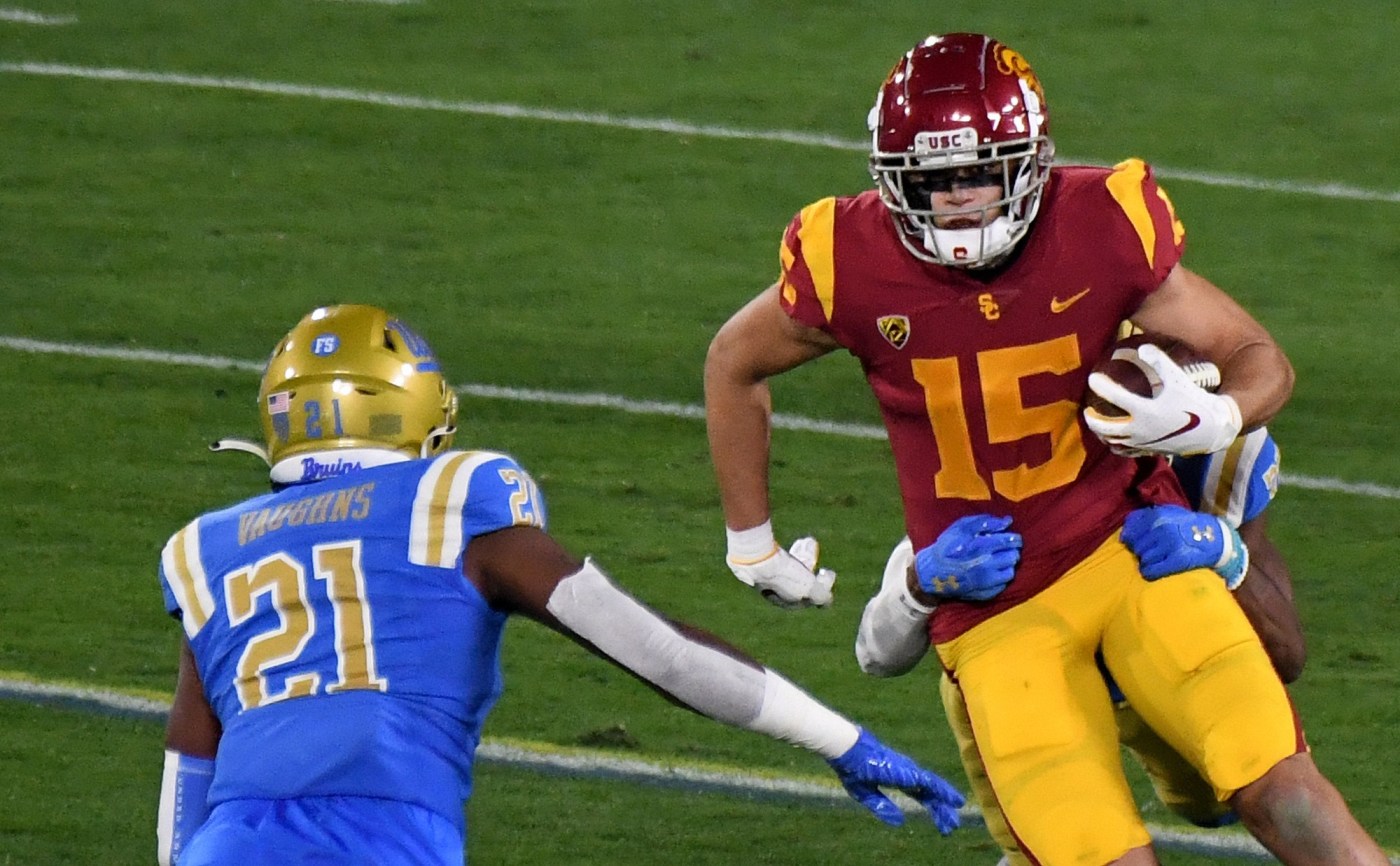 Drake London doesn’t play much basketball anymore. There was a time when his name was synonymous with the sport, during a standout prep career at Moorpark High and a freshman season with USC.

After his first year, though, London put a halt to the rigorous schedule of the rare dual-sport college student-athlete and began to focus purely on his duties as a receiver for the football team.

This year, for the first time, he could dedicate the entire offseason to football.

“It’s been great just to focus solely on one sport,” London, a junior, said. “Just going out there and competing with the guys day in and day out definitely has helped me. It definitely has been fun.”

As a sophomore, London hauled in 33 passes for 502 yards and three touchdowns. With the departure of Amon-Ra St. Brown, who declared for the NFL Draft, and Tyler Vaughns, who graduated after last season, London will likely see his role expand as a player and a leader.

Even though the Trojans are about a week into spring ball and are just beginning to see the players in full pads, there is a noticeable difference in London.

“This is the first time he’s had a true offseason and strictly football,” said receivers coach Keary Colbert. “I feel like his body is changing. I just think that, you know, with continued reps and time, he’s continuing to dominate at the position and just become a force in college football.”

London has talent around him as USC builds up its receiving corps this season. K.D. Nixon, a senior transfer from Colorado, joins the team after catching a total of 104 passes for 1,250 yards and seven touchdowns for the Buffalos over parts of four seasons.

Michael Jackson III, a freshman, has also been drawing attention from the coaching staff. Jackson is a three-star receiver out of Las Vegas who also ran the 100-meter and 200-meter events in track and field in high school.

Alexander: What is the future for UCLA, USC men’s hoops?

“I’m excited about him and what he brings to the room,” Colbert said of Jackson. “Honestly, I think he’s had one of the better offseason conditioning programs and just, you know, just seeing that kid work, you know, from running and lifting, again, he’s very serious.”

London will lead the both of them, and he said he’s taken cues on how to best lead by example from St. Brown and Vaughns, as well as Michael Pittman.

As an athlete, he’s benefitted from basketball, regardless …read more

Ghislaine Maxwell Has to Be Reminded to Clean Her ‘Very Dirty’ Cell, Federal Prosecutors Say

Vaccination is a hard sell in a solidly Trump Alabama county