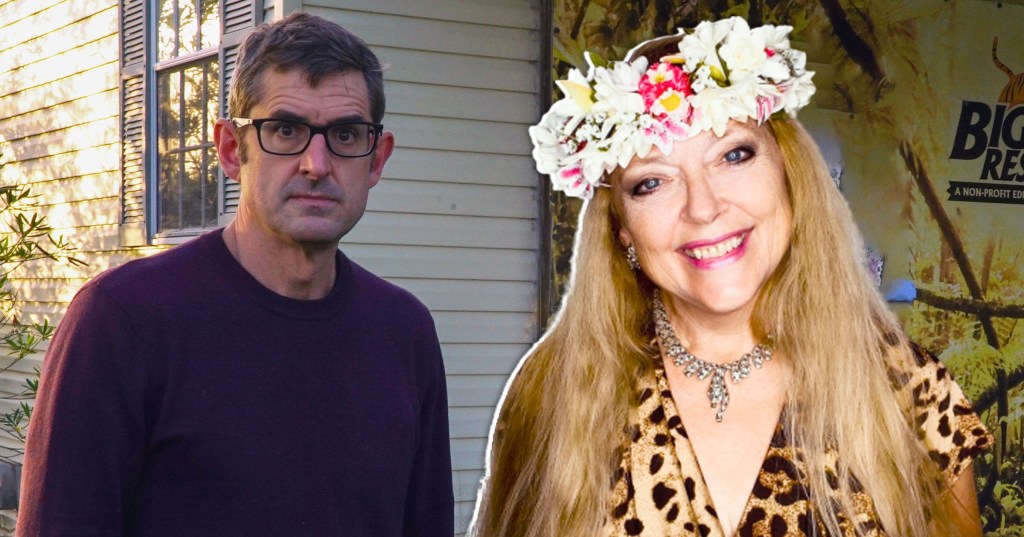 Ever since the release of Tiger King last March, the names Joe Exotic and Carole Baskin have been on people’s lips across the world, their tense feud over the treatment of big cats engrossing millions of captivated viewers.

Documentary filmmaker Louis recently created a follow-up to the Netflix hit called Shooting Joe Exotic, in which he revisited his 2011 interviews with the now-imprisoned Joe.

Despite previously saying that she felt apprehensive about Louis’ new film, when asked by Metro.co.uk for her reaction to it, Carole was full of praise for the filmmaker.

‘I think Louis Theroux handled the subject with thoughtfulness and a self reflection that showed his sincere desire to understand,’ she said.

‘My phone isn’t ringing off the hook with death threats and obscenities so I think BBC viewers may be doing a bit of soul searching as well.’

Carole has made no secret of her dislike of her portrayal in Tiger King (Picture: Netflix)

Ahead of the release of the BBC film, Carole expressed her belief that Louis is a ‘man of integrity’.

When asked by The Mirror whether she felt nervous about Shooting Joe Exotic and whether she trusts Louis, she said: ‘Well both! We were nervous, but we really feel like he is a man of integrity and that he will treat the issue fairly.’

Carole acknowledged that if she was ‘doing the editing’ of the film, ‘it would be very different than what his edit person is going to do because of the need to attract viewers and such’.

‘We’re just all about getting the facts out there,’ she added.

During a recent appearance on This Morning, Carole spoke about the lengths fans will go to meet her following the release of Tiger King, recalling a recent terrifying encounter when she thought she was going to be kidnapped.

Speaking alongside her husband Howard Baskin via video chat, Carole said that when meeting fans, ‘there’s been cases where they have really scared me half to death’.

What time is Louis Theroux on BBC Two and when did the documentary maker meet Joe Exotic?

While riding her bike back home a few weeks ago, Carole said that a ‘big dark SUV with tinted glass windows ran me off the road’, before everyone in the car ‘jumped out and started running toward me’.

‘It was just everybody with their …read more

The Circle: Natalya’s appearance ‘predicted’ during meeting with Boris Johnson two years ago