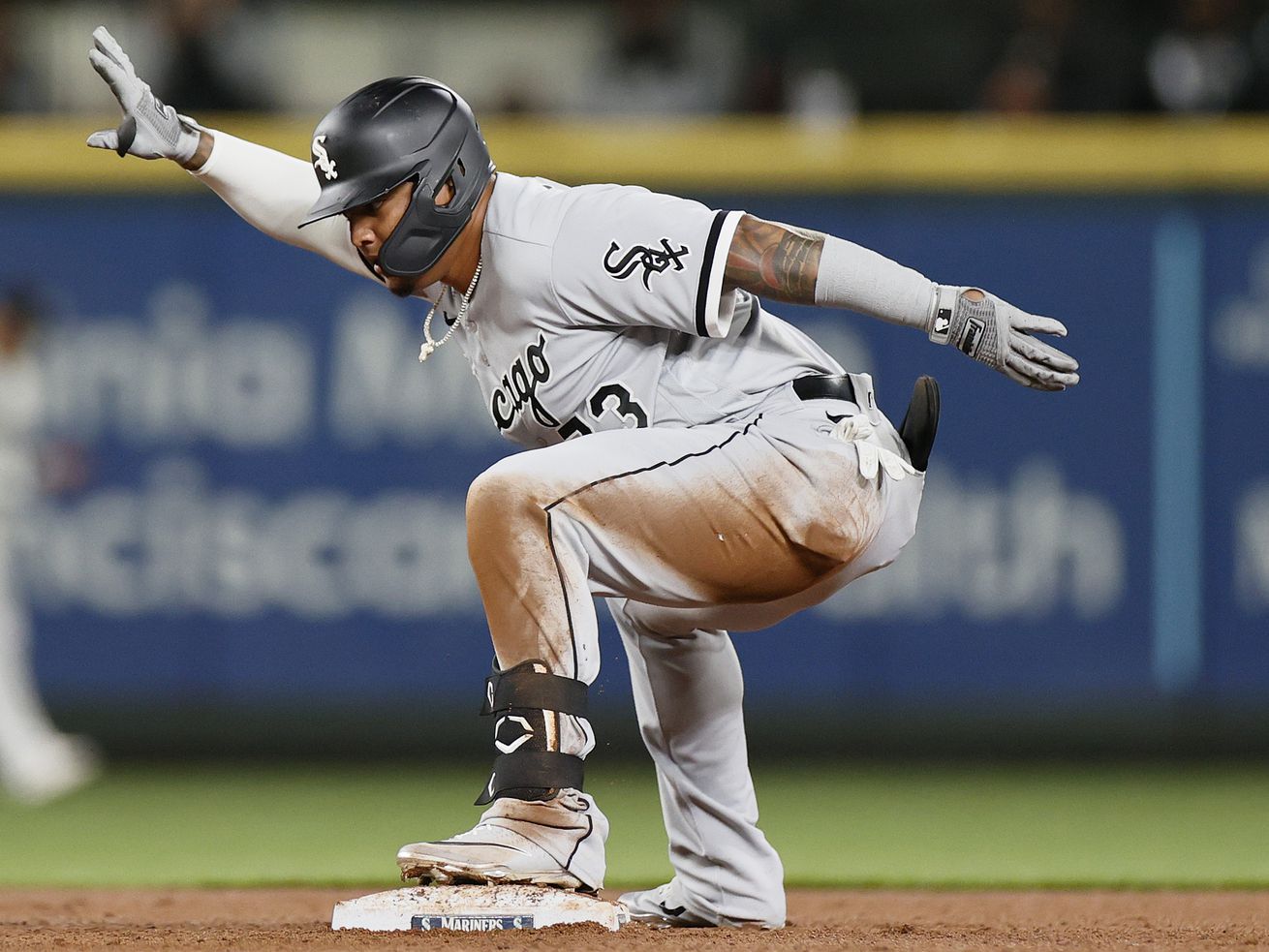 Yermin Mercedes of the White Sox reacts on second base in the fifth inning against the Seattle Mariners at T-Mobile Park on April 05, 2021 in Seattle, Washington. (Photo by Steph Chambers/Getty Images) | Getty

Mercedes’ 12 hits are the most by any player in the modern era over his first four career starts.

Left-hander Carlos Rodon threw five scoreless innings with nine strikeouts, Yasman Grandal hit his 150th career homer and drove in three runs, and Yermin Mercedes celebrated his Player of the Week award with three more hits lifting him into more select company as the White Sox cruised to a 6-0 victory over the host Mariners on Monday night.

Mercedes, a 28-year-old rookie who became the first player to start a season going 8-for-8, added more to his growing legend going 3-for-4 with a double and two runs scored. Mercedes also walked and is batting .667:

Rodon walked three and allowed two hits and worked out of a bases loaded jam by striking out the side, following an encouraging spring by leading the Sox (2-3) to a needed victory after their 1-3 start against the Angels.

The Sox nicked Justus Sheffield for eight hits and ran their winning streak against left-handed starters to 16. Grandal homered in the second and had a two-run single in a three-run fourth inning. The Sox will face another lefty in James Paxton in the second game of the series Tuesday.

Rookie Andrew Vaughn (0-for-3) remained hitless for the season but collected his first RBI when he was hit by a Sheffield pitch with the bases loaded. Vaughn, playing a new position, also made two good catchers in left field, one of them backing up to the wall.

Missing 16-year-old girl may be in West Englewood: police