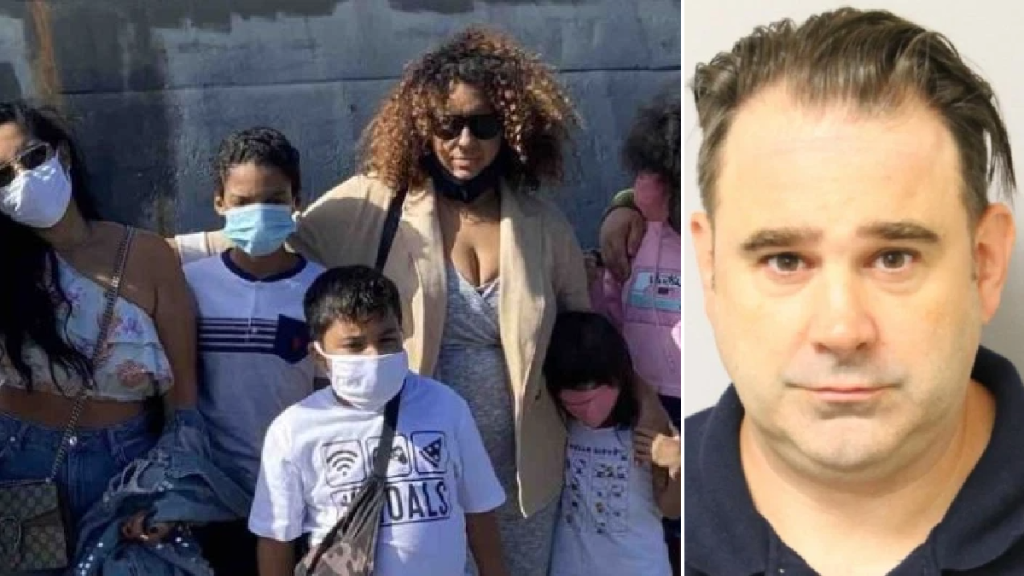 A sex offender murdered his ex-wife and told their five-year-old daughter it was only a nightmare, then shot and killed himself, according to authorities. James Cox, 43, committed the murder-suicide amid a standoff with police shortly after lying to their daughter.

‘Daddy killed mommy’, the little girl told her grandparents on Friday night, according to The Daily Voice. However, the girl said her father assured her it was just a nightmare, responders said.

The Carlstadt Police Department got a phone call on Saturday from a family member of Cox’s ex-wife, Massiel Deoleo, 34, reporting her missing and that they were worried about her well-being. The last person Deoleo was with was Cox, the family member said, according to a Bergen County Prosecutor’s Office press release on Sunday.

Shortly before noon on Saturday, Deoleo’s family members called the Mahwah Police Department to go to her residence, where officers found various of her personal belongings outside her home. Simultaneously, cops arrived at Cox’s home at 601 6th Street in Carlstadt to speak with him and he brandished a semi-automatic weapon and pointed it at his head, according to the release.

Cox threatened to shoot himself, prompting the officers to back off from the residence and call the Bergen County Regional SWAT team. After spending hours trying to negotiate with Cox, SWAT team members entered the home around 8pm and found him shot dead with a single gunshot wound. Deoleo’s body had been fatally shot sometime on Friday night.

During the standoff, police were able to rescue the five-year-old girl and her grandparents.

An investigation by both police departments and the prosecutor’s office revealed that Cox murdered Deoleo and then committed suicide.

Cox was convicted of aggravated assault with a weapon in 2002, after kidnapping an ex-girlfriend with a knife and raping her.

A GoFundMe account set up for Deoleo stated that she had three children: five-year-old Penelope, 12-year-old Bella, and 15-year-old Janhel. The fundraiser is aimed at helping to cover Deoleo’s funeral costs and after care for the children.

Driving lessons and tests to resume in England and Wales