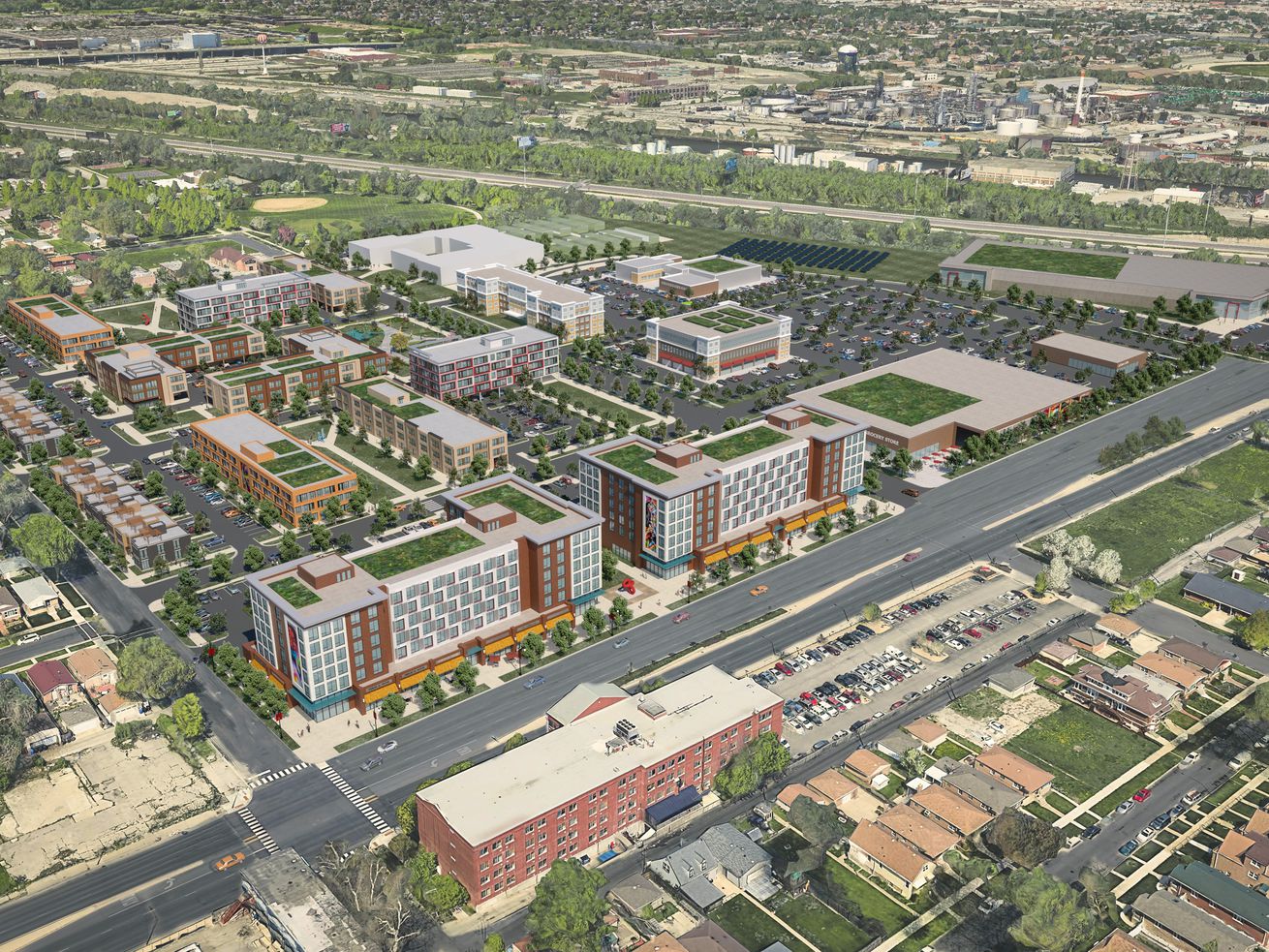 An overview of the site plan for the development on the former LeClaire Courts property. | Provided

The $350 million investment would mix market rate and subsidized housing and could revitalize a stretch of Cicero Avenue.

In a city where real estate is coveted and there can be a contest over every square inch, there’s a strange sight that thousands of people pass every day.

It’s a vacant stretch running southwest from where the Stevenson Expressway meets Cicero Avenue. There, on a busy route people use to go to and from Midway Airport, is an expanse of … what? It looks like a beautiful park, with its grass and mature trees. But it’s fenced off, although the fence has been damaged and breached. The intent clearly is not to permit public access.

Is it a cemetery? There are no headstones. There are streets within the property, but they go nowhere. The place looks like it’s waiting for something, but what? Vehicles speed by on its boundaries, but the site exudes an anticipatory hush. It can feel spooky.

The property was the home of the LeClaire Courts public housing project. It dated from 1950 and was a cautious innovation by the Chicago Housing Authority. The agency tried a low-density townhouse alternative for housing poor African Americans. Families had gardens.

But the traditional troubles of public housing took hold — lousy maintenance and tenant screening among them. Units were boarded up in later years, and there never was an effort to connect it to the surrounding middle-class blocks.

In 2011, the CHA demolished LeClaire Courts, promising a better replacement that mixed races and incomes. The bureaucracy creaked, finally in 2019 picking a development team of Cabrera Capital Partners and Habitat for the site. The push and pull of community meetings ensued, and now the developers have a plan set for city review.

The first phase would provide 220 apartments in two mid-rises along Cicero. There also would be a health care center and a grocery. Martin Cabrera Jr., CEO of Cabrera Capital, said a full-service food store was the chief request from neighbors. “We are in deep discussions with a grocer who is very excited about the area,” he said.

The broad intent is to divide the housing in roughly equal proportions among people on the CHA’s waiting list, renters who qualify for subsidized rates and those paying market rates. Cabrera said the lower-priced units will be indistinguishable from the rest. Some units will have four or five bedrooms. With the retail element, the plan entails “building a whole new community in Chicago,” Cabrera said.

The project is going to the Chicago Plan Commission, an agency Cabrera formerly chaired, before an expected City Council vote. He said he hopes to break ground in late 2021 or early 2022 and to finish the first phase in 18 months.

At full buildout, which probably will take years, the $350 million investment could create 675 permanent jobs, the developers told community members. The site is in the 22nd Ward, whose alderman, Michael Rodriguez, has …read more