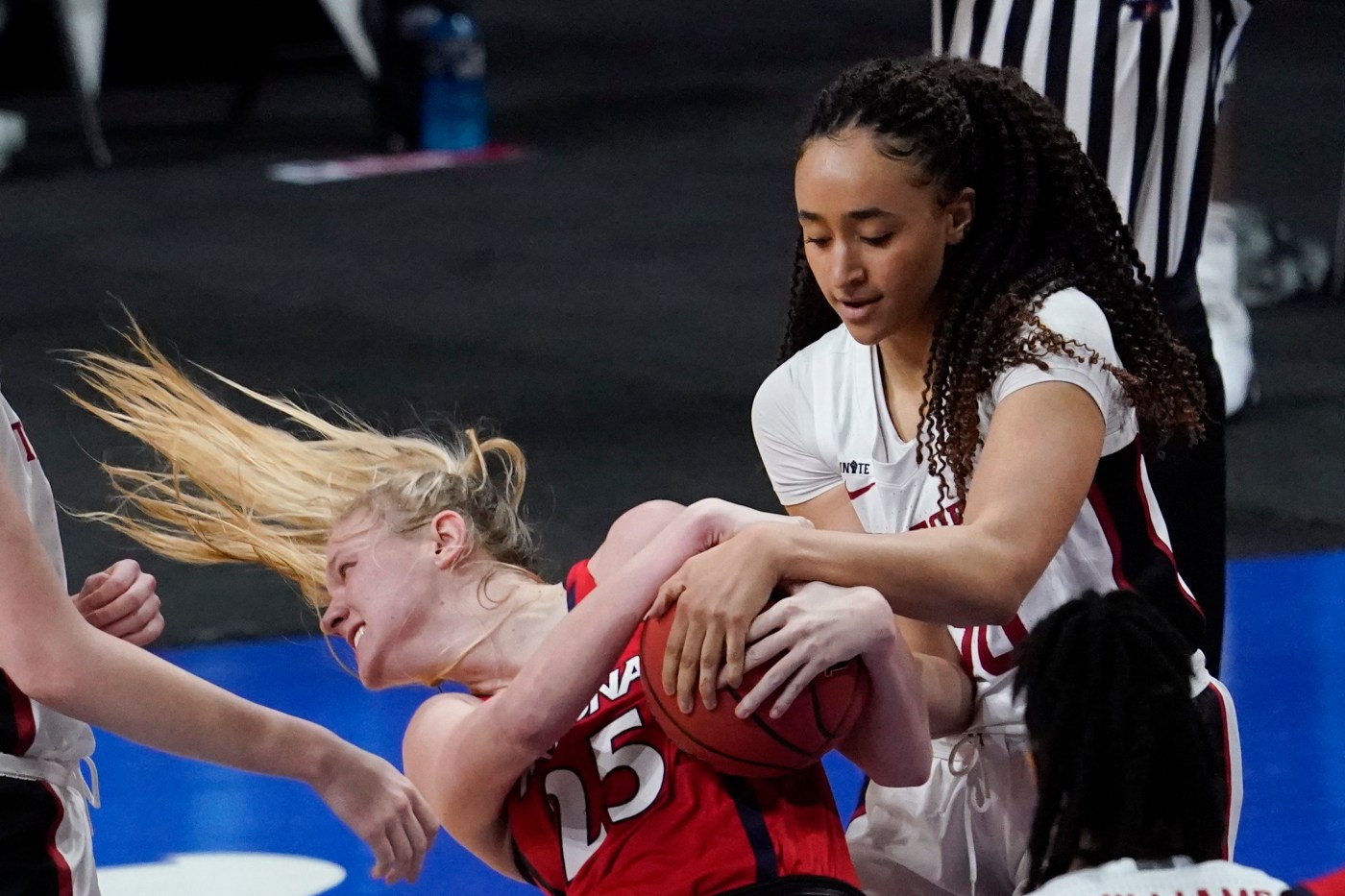 Stanford won its third-ever NCAA women’s basketball championship and first in 29 years, hanging on to defeat Arizona 54-53 Sunday at the Alamodome in the first-ever all-Pac-12 title game.

Pac-12 Player of the Year Aari McDonald’s desperation 3-pointer hit off the back of the rim as time expired, leading to jubilation for the Cardinal (31-2).

Santa Cruz native Haley Jones led Stanford with 17 points, including a three-point play with 2:24 remaining that put the Cardinal up 54-50.

Stanford and Arizona women raise the bar for Pac-12 credibility

McDonald made 3-of-4 from the line to cut the deficit to 54-53 with 36 seconds left. The Cardinal committed a 30-second violation, giving Arizona (21-6) one final chance to win, but McDonald was unable to get a clean look. McDonald scored 22 points but shot 5-for-20 from the field.

Stanford held Arizona to 29 percent shooting but committed 21 turnovers. The Cardinal used its height to its advantage, with a 36-20 edge in points in the paint and a 38-24 edge in rebounds.

Miss Manners: He was a lovely man, but his wardrobe malfunction made things awkward