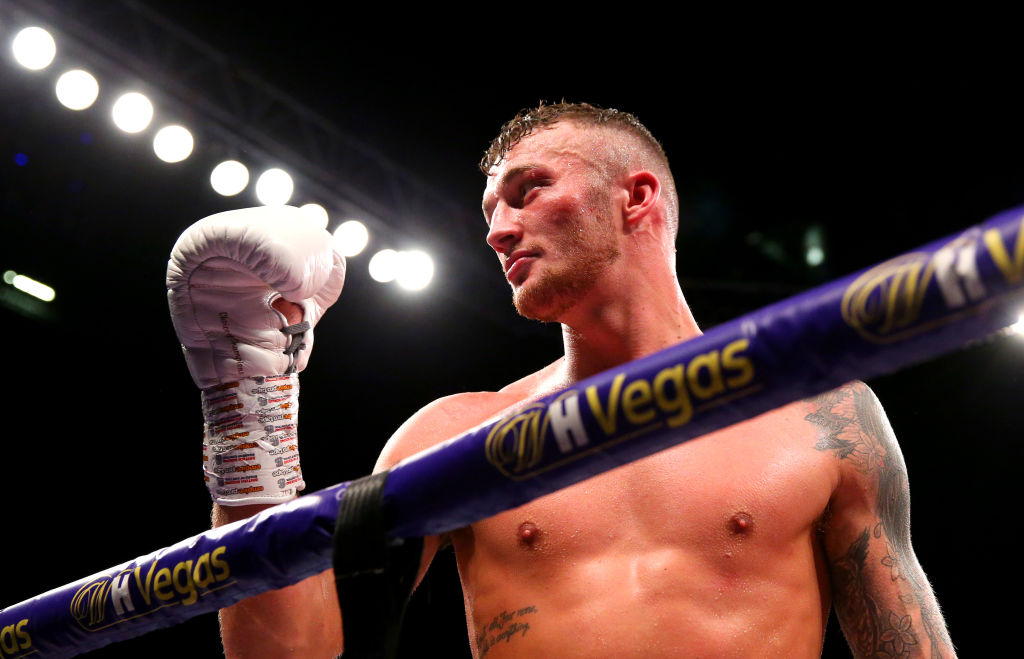 Zach Parker is confident he is the man to upset the super middleweight division and beat either Saul ‘Canelo’ Alvarez or Billy Joe Saunders later this year.

Parker is currently ranked no1 with the WBO and is the mandatory challenger for the belt currently owned by Saunders, who collides with WBA and WBC champion Canelo in a huge unification showdown in May.

The Derbyshire fighter, undefeated in 19 fights, has quietly gone about his business earning his position near the top but must first take care of business against Vaughn Alexander on Friday night on BT Sport in his first fight since linking up with promoter Frank Warren.

Parker’s WBO international title and his no1 ranking will be on the line and should he pass this latest test, the 26-year-old believes a dream meeting with pound-for-pound great Canelo or the undefeated Saunders is waiting around the corner.

‘We will have to see who wins and what the mandatory position will be after Canelo vs Saunders because really, I should be mandatory now,’ Parker told Metro.co.uk.

Canelo and Saunders meet on 8 May (Picture: Getty)

‘I should be there now but that is what we are aiming for, me getting the winner out of that as soon as possible.

‘Frank is one of the biggest promoters in the world. If anyone can get these fights made, Frank can. I am fully confident in my team now. We just have to see how it goes.’

Parker’s status as the mandatory challenger for the WBO belt should guarantee him a title shot in the very near future. But as Oleksandr Usyk, the organisation’s no1 ranked fighter in the heavyweight division, and others have found, it is not always that simple.

Parker takes confidence from the fact that 30-year-old Canelo is determined to have a busy 2021 having already fought WBA mandatory challenger Avni Yildirim in February. And having backed the Mexican superstar to get the win over Saunders, he believes his opportunity will come later this year.

‘Canelo fighting his mandatories, it gives me confidence, he wants to box everyone in the sport,’ Parker continued. ‘He doesn’t shy away from mandatories like some people do. So it’s a confidence booster that this gets made. As long as I keep performing and winning that’s the way it is going to go.’

He added: ‘I think it’s a hard fight for Billy. Obviously Canelo is one of the best pound-for-pound fighters, I reckon he’s grown into the weight more than Billy. I can see Canelo winning with a late stoppage.’

Canelo has built one of the most fearsome records in boxing with six Britons already falling victim, including the previously undefeated Callum Smith who fell someway short last December.

Games Inbox: The worst video game ever, PS Plus vs. Switch Online and Monkey Island: The Movie