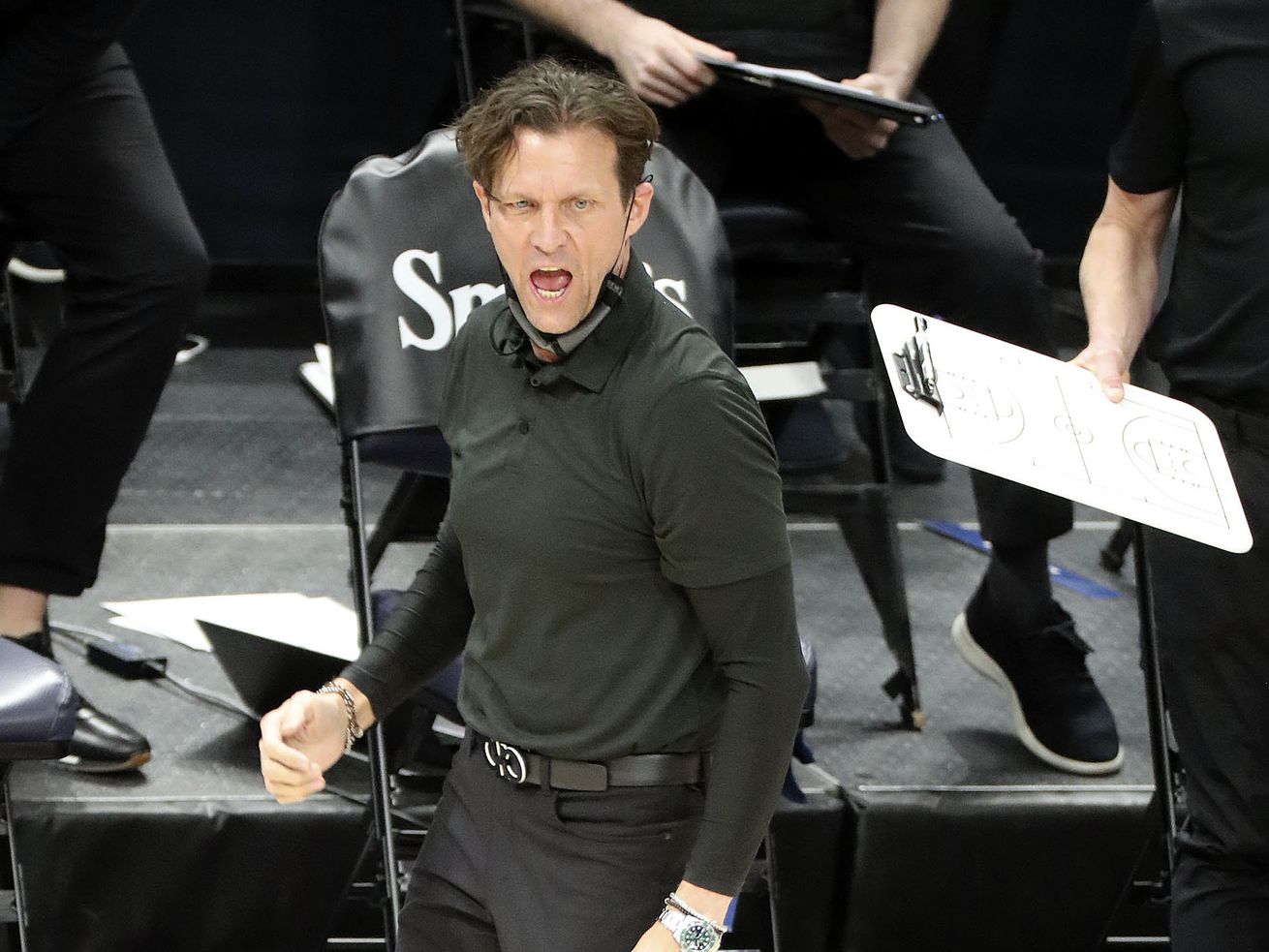 Utah Jazz coach Quin Snyder reacts to a foul being called against Jazz center Rudy Gobert during a game against the Charlotte Hornets at the Vivint Arena in Salt Lake City on Monday, Feb. 22, 2021. Snyder will coach the West in the upcoming NBA All-Star game. | Kristin Murphy, Deseret News

After leading the Utah Jazz to the best record in the NBA during the first half of the season, Snyder will make his All-Star Game debut Sunday. Here is how he got there

If you do a Google image search for Quin Snyder, the most recent photo of him smiling is from the day he was named the Utah Jazz head coach back in 2014.

Search for a GIF of the Jazz coach and you’re likely to be greeted with snippets of him screaming at officials and players, or slowly turning his head with a look of anger that could inspire fear in even the most brave.

Snyder has cultivated a reputation as one of the most intense and laser-focused coaches in the NBA, and that reputation is not without merit.

But, there’s a side to Snyder that doesn’t get talked about nearly as often as his fierce sideline pacing. There’s a lighter and fun side to Snyder and it’s likely that when he heads onto the court the night of March 7, to coach in the 2021 NBA All-Star Game — the first Duke alum to do so — fans might get a glimpse of a Snyder that they rarely get to see on game nights.

Snyder has a knack for drawing people in and making them feel comfortable. He’s been that way since at least as far back as his playing days in high school.

“I love Quin, I’ve loved him since he was a star at Mercer Island,” Duke coach Mike Krzyzewski told the Deseret News this week. “I remember visiting him at the high school and he showed me around and was proud of the school and every kid there wanted to say hi. You know, he just has it.”

The ‘it’, the undefinable quality that makes people want to be around Snyder, that charismatic draw, is not fleeting. It’s something that lasts and persists. But what is ‘it’?

It seems to be a mixture of his obsessive need to keep getting better, his deep affection and care for the people around him, his thirst for knowledge and his charm.

It’s why Krzyzewski loves him, why Keyon Dooling — once a player under Snyder at Missouri and now an assistant coach with the Jazz — said he would run through a wall for him. It’s why Derrick Favors wanted to come back to Utah. It’s why Jordan Clarkson didn’t want to leave the Jazz.

“He cares for each one, everyone that has been here over the seven years,” Joe Ingles said of Snyder. “When you’ve got a coach that actually cares about you, not just as a player and how I can get …read more