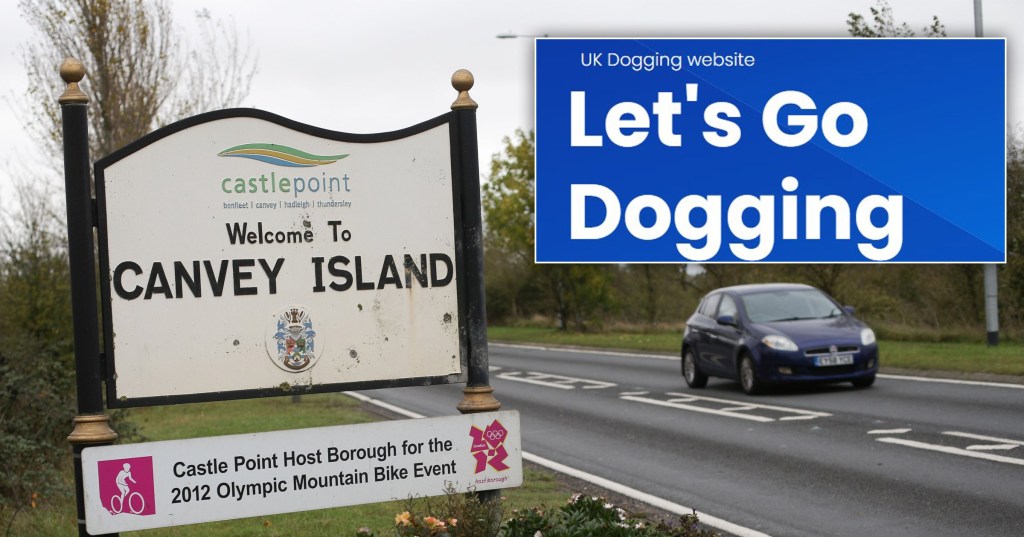 Police have been forced to tell doggers that an illicit meet-up does not count as ‘essential travel’.

The warning was issued after an event for car-based hook-ups was advertised online.

More than 25,000 people could have seen the post, prompting fears large crowds would descend on the area to engage in illicit activity.

Essex Police said they will patrol the streets on Saturday and Sunday, while the leader of the local council has called for the event to be ‘stamped out’.

Castle Point Council chief Norman Smith said: ‘It’s something I have never heard of as an issue in Castle Point, and during this period of time it is totally against the rules and it’s not something we would want to associate with Castle Point at all.

‘I am hoping that it is the first time, and we can stop it before it starts.

‘I certainly hope it doesn’t gain momentum in our area, I just think of young children being out and about, it’s not something you would want them to witness.’

Essex Police has urged anyone considering a social gathering to reconsider
and said it will continue to engage with locals to encourage them to do the ‘right
thing’.

Castle Point Council leader called for the event to be ‘stamped out’ (Picture: AFP)

A spokesman reminded people of the rules, stating: ‘At the moment, England is in a national lockdown and only essential travel is permitted, which is limited to travel to and from work if you cannot work from home, to shop for essential items, to care for someone, to attend a medical appointment or to attend education or childcare.

‘We would urge anyone thinking of travelling for reasons outside of those
covered, not to.’

The spokesperson added: ‘We will be patrolling sites across Canvey over the weekend as part of our regular patrols.

‘Covid-19 infection rates have been falling in Essex and we’d like to thank people across the county for following the government guidelines.

‘However, the virus is still prevalent in our community so it’s essential
that you continue to stick to the rules.

‘The best way to control the spread of the virus, protect your loved ones
and ease pressure on the NHS is to stay at home and avoid any unnecessary
journeys.

‘The vast majority of people are doing the right thing but, where clear and
blatant breaches have taken place, our officers have responded to them.

‘If you are thinking about organising a social gathering or making a non-essential journey, please reconsider, stay safe and stop the unnecessary spread of Covid-19.’

Cat reunited with owner 14 years after he went missing

‘How do I stop losing my identity in a relationship?’