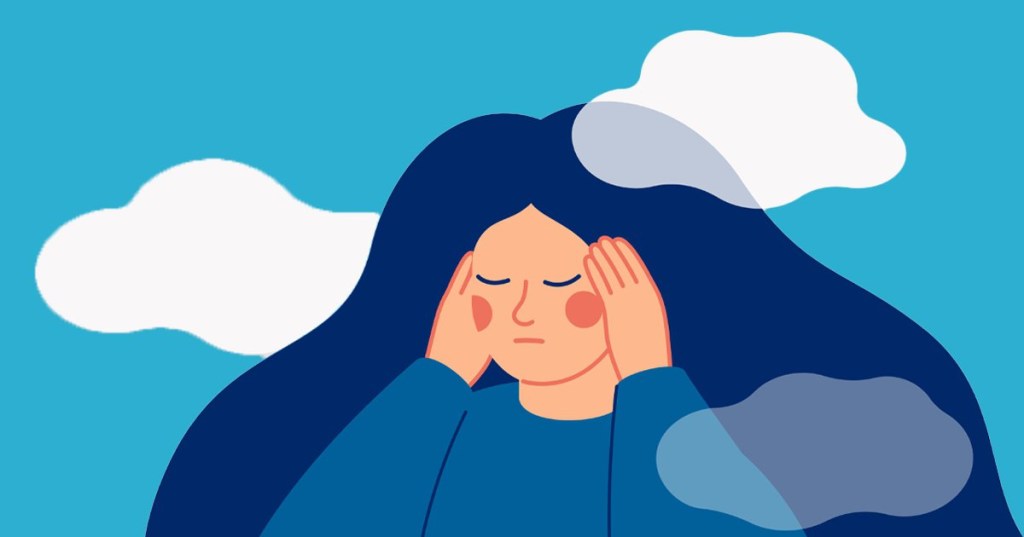 Do you keep getting distracted? (Picture: Getty)

You’d think three national lockdowns would have given us the time to achieve more than ever before.

But, in reality, most of us have struggled to get through a book in one go or keep up a new hobby. Even everyday ‘normal’ tasks are hard.

Our attention spans have taken a hit over the past 12 months and we’re finding it difficult to focus.

And now, with the news that lockdown is set to end for good over the coming months and that freedom is (finally) in sight, there’s more buzzing around our brains than ever before.

But why has the pandemic brought about a complete inability to concentrate for such a long period of time? It turns out there are some simple explanations…

One key reason is the fact we’ve been operating on a flight or flight response for almost a year now.

This means our bodies are ready for action all the time – so focussing on a task is proving difficult when we are constantly on edge.

Psychologist Emma Kenny tells Metro.co.uk: ‘After a year of being told to be afraid, and worrying about losing the people that you love, or the business that you run, or the impact that lockdown is having on your kids’ education, it is completely normal to feel more anxious than normal.

‘Because anxiety often makes you feel on high alert, you can find concentrating and focussing more difficult than usual.’

Mindset coach and trainer Ruth Kudzi explains the science behind this in a little more detail.

She says: ‘Research shows that stress interferes with our memory and our capacity and ability to retrieve information – leading to forgetfulness, difficulty concentrating and focusing on tasks – this is sometimes referred to as “brain fog.”

Our minds are overwhelmed

Another simple explanation as to why we can’t concentrate anymore is the fact the sheer amount that’s going on around us.

Life coach Carole Ann Rice, from Real Coaching, says: ‘People are feeling overwhelmed at the moment – there’s a lot going on in our minds, we have a lot of time for overthinking and self-reflection which isn’t good for you.’

Dr Sumera Shahaney, head of clinical operations at Thriva, agrees that there’s a lot for our minds to be dealing with right now – plus the fact this over-stimulation has been going on for so long.

‘There is so much change at present that it’s difficult to comprehend and process everything that’s going on and this can affect our attention spans,’ she says.

‘There are a lot of things vying for our attention – whether that’s home schooling, finances or health uncertainties – and this coupled with a lack of control and a lack of the usual support systems to be able to cope with it can create a perfect storm.

‘In addition, the extended time period that this has now been going on for, means …read more

Final Fantasy 7 Ever Crisis remakes the remake for mobile

The Bay: Why is Morven Christie leaving as Lisa Armstrong and who is replacing her in series 3?

Downstate Republican Bailey kicks off bid for governor, vowing to speak for the ignored: ‘We’ve been used. We’ve been mocked.’

Peaky Blinders season 6: First look at new character – is this the big bad Tommy should be afraid of?