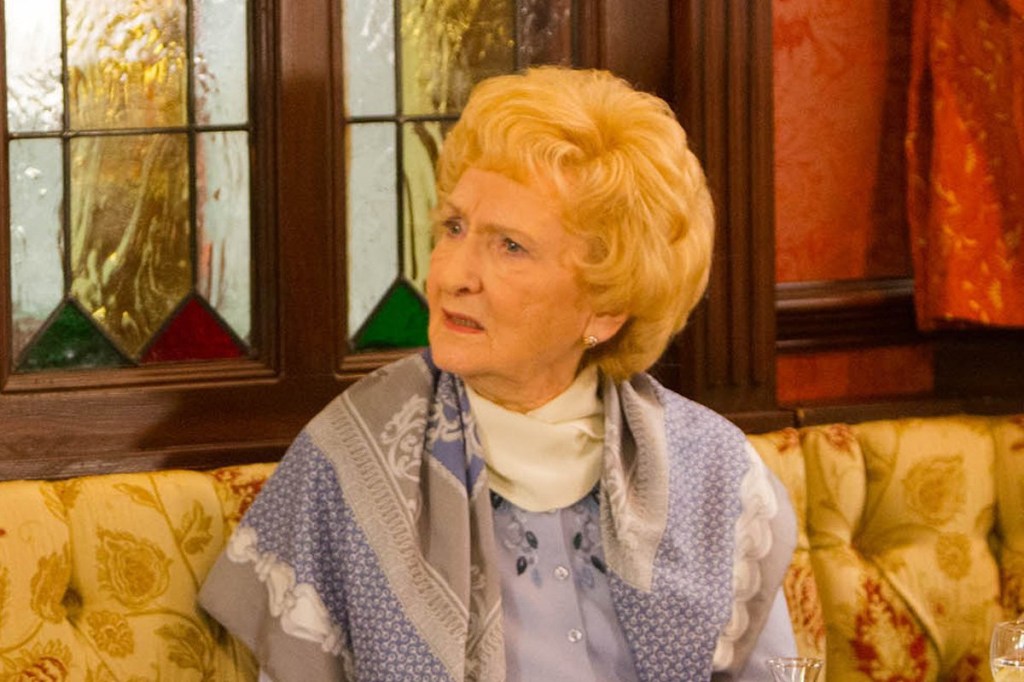 Thomas W Holt passed away last weekend, with son Oliver by his side.

Writing in his column for Mail on Sunday, Oliver shared fond memories of his dad, while also sharing an account of his battle with Alzheimers.

He wrote: ‘My dad never forgot Stockport even when he was deep into his struggle with Alzheimer’s Disease.

‘He wanted to go back there and revisit all the places of his youth. Sometimes, he asked me if I’d give him the bus fare for the journey.”

Speaking about his father’s passing, Thomas said: ‘He was unconscious by the time I arrived but, after I had been sitting at his bedside for a while, I told him I’d been to watch the home game against Sutton United 10 days earlier.

Eileen portrayed Emily Bishop on Coronation Street, making her first appearance in the soap’s 15th episode all the way back in 1961.

Spoilers: Asha declares her love for Nina in Corrie – but is it too soon?

Emily remained a mainstay of the serial drama until 2016, until Eileen decided to leave the role.

The character made a return via video call in 2019 to wish Ken Barlow (William Roache) a happy birthday.

Peter Andre defends Eamonn Holmes after Ruth Langsford ‘fat shaming’ complaints: ‘They were having a laugh’