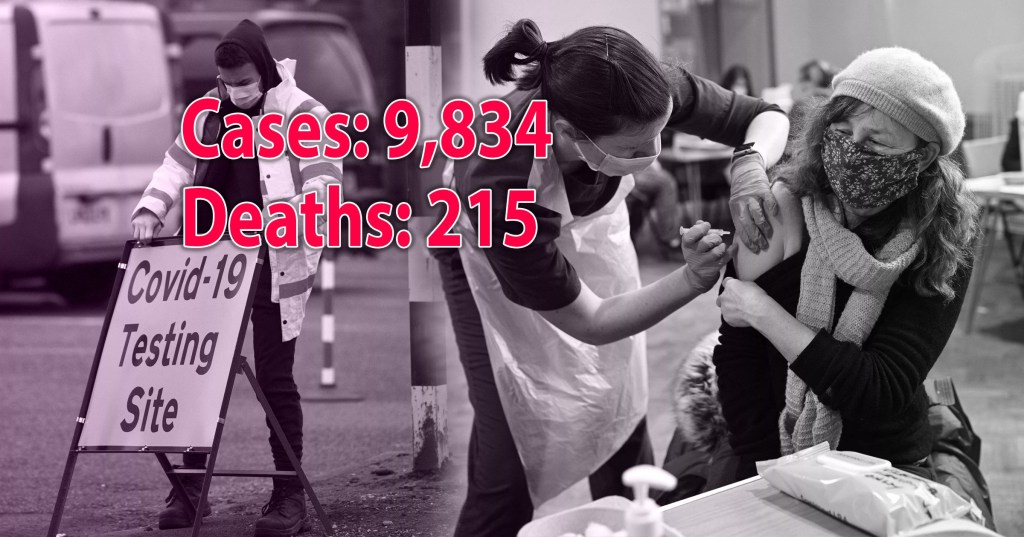 The Department of Health has released its latest Covid-19 figures (Picture: Metro.co.uk)

Another 215 people have died with Covid-19 in the UK, according to the latest data.

Today’s figures shows a further 9,834 people have tested positive for the virus in the last 24 hours, according to the Department of Health and Social Care (DHSC).

Since the start of the pandemic, 4,115,509 people have returned positive test results in the UK.

The UK’s overall death toll now stands at 120,580, however this rises to 129,498 when taking into account all fatalities that listed Covid-19 on the death certificate.

For comparison, last Sunday saw 258 deaths in the lowest death toll recorded in seven weeks, along with 10,972 positive test results.

The latest data comes a day before the prime minister is set to lay out his four-step ‘road map’ out of England’s lockdown.

Boris Johnson will reveal his plan for a return to partial normality on Monday and is expected to scrap the regional tier system that was in place at the end of last year.

The UK last week hit its target of vaccinating 15 million people ahead of mid-February, with the Government now aiming to offer a Covid-19 jab to all adults by the end of July.

This is around two months earlier than the original proposed date, as the PM set out a series of new vaccination targets following the success of the first phases of the rollout.

Who is Katy Perry engaged to?