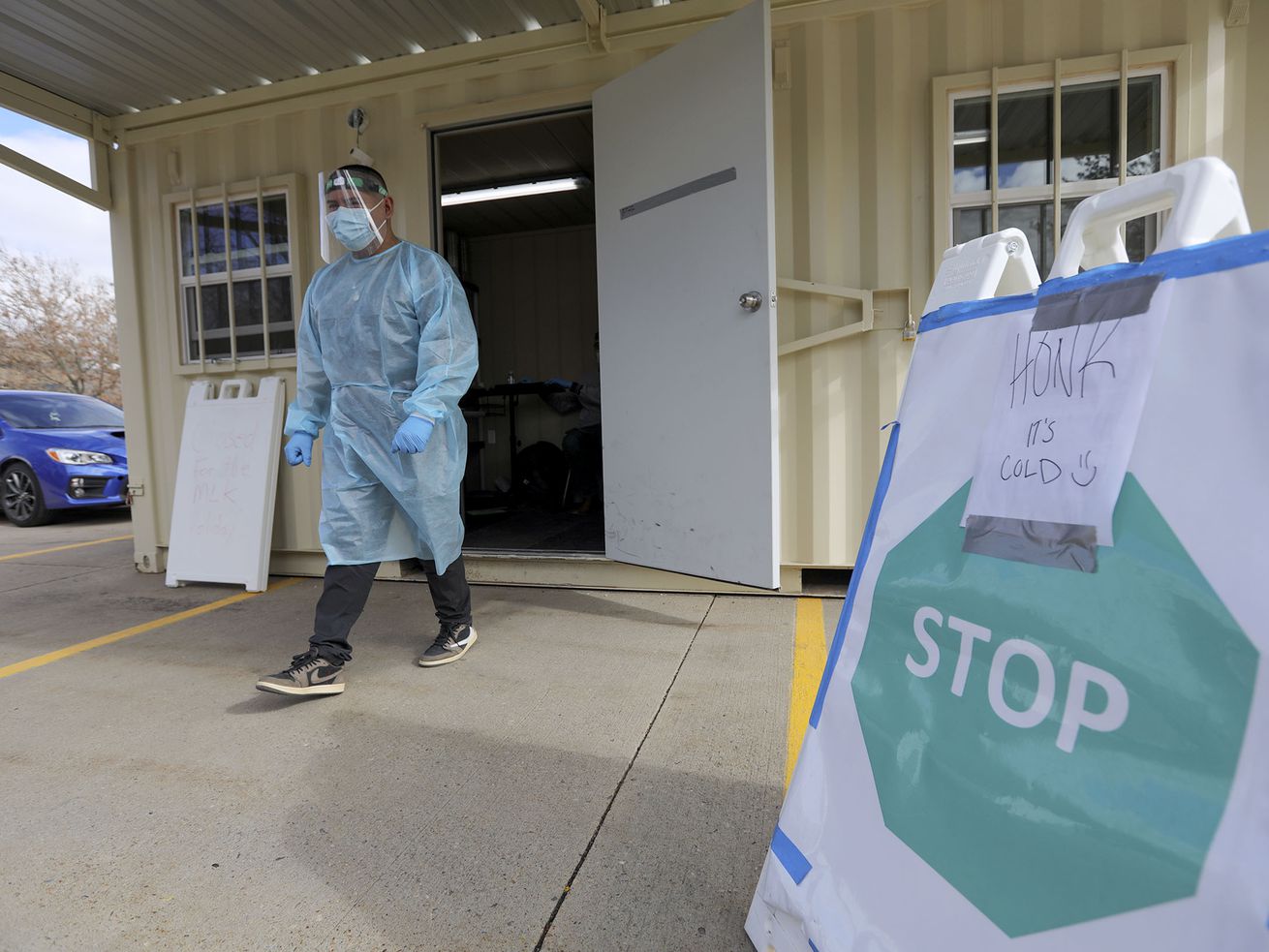 Utah National Guard Spc. Brandon Hernandez approaches a vehicle that has arrived for COVID-19 testing outside of the Utah Department of Health in Salt Lake City on Wednesday, Feb. 10, 2021. | Kristin Murphy, Deseret News

SALT LAKE CITY — The portion of positive COVID-19 tests increased slightly over the weekend in Utah, but prevalence of the disease is lower than it’s been in months.

The percent of positive tests had been dropping since January but took a slight uptick on Sunday, the Utah Department of Health reported, with 6.3% of tests resulting in positive diagnoses on Sunday. The percentage reached 6.12% on Saturday.

The health department announced another 701 COVID-19 cases, which brings the number of confirmed cases in the state to 366,735 since March of last year. Nearly 2.2 million people have been tested a total of 3.7 million times, as tests are given after possible exposure to the virus and then given again after periods of quarantine or isolation.

Another 9.123 people in Utah received a dose of the COVID-19 vaccine on Saturday. And, according to the health department, the state has administered a total of 607,557 doses of vaccine, including to 205,388 people who have now received two doses.

There are 241 people currently being treated in hospitals across the state for complications brought on by COVID-19. It is one less person hospitalized than was reported on Saturday, and 14 fewer than Friday’s count, health department statistics show.

Since the pandemic first hit Utah in March, 14,445 people — or about 5% of all COVID-19 cases in Utah — have been hospitalized with the disease caused by the novel coronavirus, or SARS-CoV-2. Of those, nearly 30% have been older than 85 years old, and another nearly 20% are people between the ages of 65 and 84, according to the health department.

Only 2% of hospitalized cases, roughly 800 people, have required the use of a ventilator during treatment for COVID-19.

Hospitalizations only recently dropped below the 77% utilization warning. It was at 76% on Sunday. The higher the number, the fewer intensive care unit beds available, but it also leads to a shortage of qualified staff and personnel treating patients.

For months, Utah hospitals have been operating above those potentially dangerous thresholds where health officials have said difficult decisions had to be made.

A drop in hospitalizations will likely be followed by a drop in the number of deaths caused by COVID-19, though it could take weeks to see the correlation.

Another 10 COVID-19 deaths, seven of which occurred prior to Feb. 1, were reported by the health department on Sunday. In Utah, 1,852 people have died from COVID-19 since the pandemic began.

The deaths reported on Sunday include:

Ted Cruz has flown to Cancun as Texas freezes