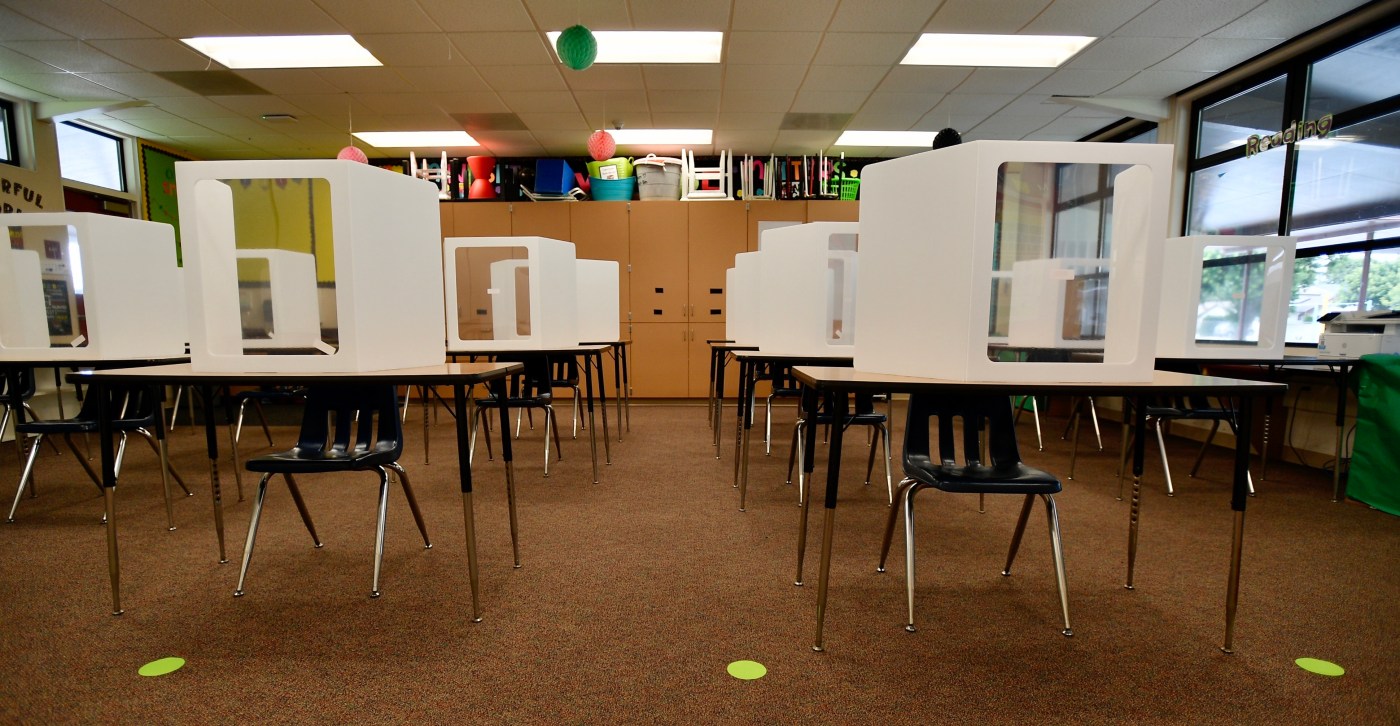 Many Californians say schools need to re-open now. But no one has had the guts to open all schools, and all grades, and send all kids back to class.

That’s why our entire conversation about school reopening is beside the point. So-called grownups talk about when, or under what conditions, we might reopen. But we haven’t answered the question of who—amidst all the fear and politics—will actual pry open the schoolhouse door for every California child.

It won’t be the federal government; President Biden has effectively abandoned his pledge to reopen all schools in 100 days.

It won’t be state government. The Newsom administration love to release frameworks and plans for reopening, but if you think the governor will execute a major operation like school reopening, then there’s an unemployment check in the mail for you.

It won’t be local governments. Our counties are consumed by their pandemic-era public health obligations. Our cities are criticizing and suing school districts, but they can’t legally force classes back into session. Our school districts do have the power to reopen, and some have managed limit restarts of elementary schools, but mostly they’re caught between ever-shifting guidance from other governments, union opposition, and divisions among parents.

Of course, teachers’ unions, our state’s most powerful political force, could force a reopening. But with their members able to work at home, these labor groups will keep pushing back the timelines for return—until all living beings in the Milky Way galaxy have been vaccinated, or the Rapture. Whichever comes first.

So, let’s face reality. If our state is ever going to resume universal public education, we Californians will have to outsource the task.

And there is only one entity with the scale and scary ruthlessness to reopen California schools:

This isn’t a modest proposal. Outsourcing school reopening to Amazon perfectly fits our state’s COVID-era strategy: leaving the hard work to somebody else. Our elected leaders declare mask and social distancing rules, but refuse to enforce them, leaving compliance to store employees and regular citizens. State and county officials celebrate vaccinations, but outsource the job of getting shots in arms to Blue Shield of California, even though it’s not a health provider.

By the same token, Amazon is not an education business, but it has the delivery network to get all the necessary protective materials to schools quickly. (Maybe it could even get science-denying teachers to vaccination centers and then classrooms). Amazon also operates efficiently—so a school reopening contract wouldn’t break the budget.

But the real reason California needs Amazon for this chore is its scary ruthlessness, its willingness to ignore criticism and rules in the service of delivering on its promise.

No one gets in its way. Amazon owns the political class—just look at its success in using donations and lobbying to win government subsidies—so it doesn’t have to worry about politicians’ challenging its school reopening operations.

Amazon, famous for crushing small business competitors, might be our best bet to shut down scofflaw retailers, restaurants, and other entities that, by not complying with COVID regulations, contribute to the community …read more

Lawrence Ferlinghetti, Fearless Poet, Publisher, and Bookseller, Is Dead at 101

Why are some Texans getting mammoth power bills?