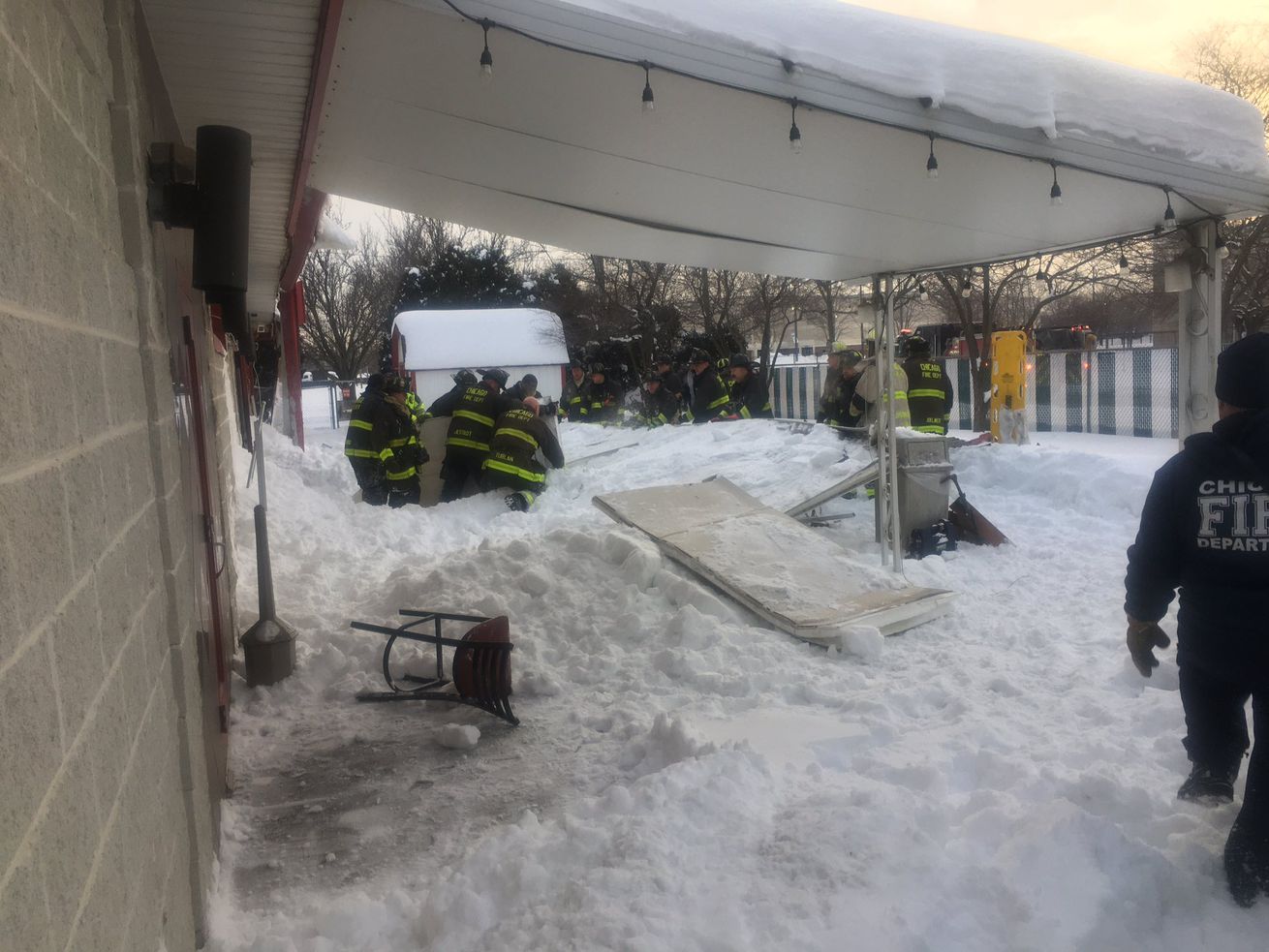 They were on the driveway about 4:40 p.m. at Club Hawthorne Corliss, 11203 S. Corliss Ave., when the canopy over their heads collapsed, according to the Chicago Fire Department.

Two people were injured, one critically, after a canopy collapsed over a driveway Wednesday at an off-track betting site in Pullman on the Far South Side.

They were on the driveway about 4:40 p.m. at Club Hawthorne Corliss, 11203 S. Corliss Ave., when the canopy over their heads collapsed, according to the Chicago Fire Department.

Both people were taken to Christ Medical Center in Oak Lawn, where one of them was in “very critical” condition and the other was stabilized, fire officials said.

The main building was unaffected by the collapse, but the rest of the canopy was pulled down by firefighters, officials said.

113th Corliss roof over driveway collapse. Two people were there one hit away in time the other was trapped. Trapped victim now out condition not known yet pic.twitter.com/U1L0TorQFe

The collapse is the latest in a series of building failures in which roofs across the Chicago area have crumbled under the weight of snow accumulated over the last several weeks.

After multiple roofs collapsed Tuesday on the South Side, fire officials warned that the troubles would continue, saying “we can expect more roof failures with the heavy snow load and sub freezing temperatures,” noting that most of the buildings affected were about 100 years old.

Beauty and the Beast-style chateau hits market for £20million