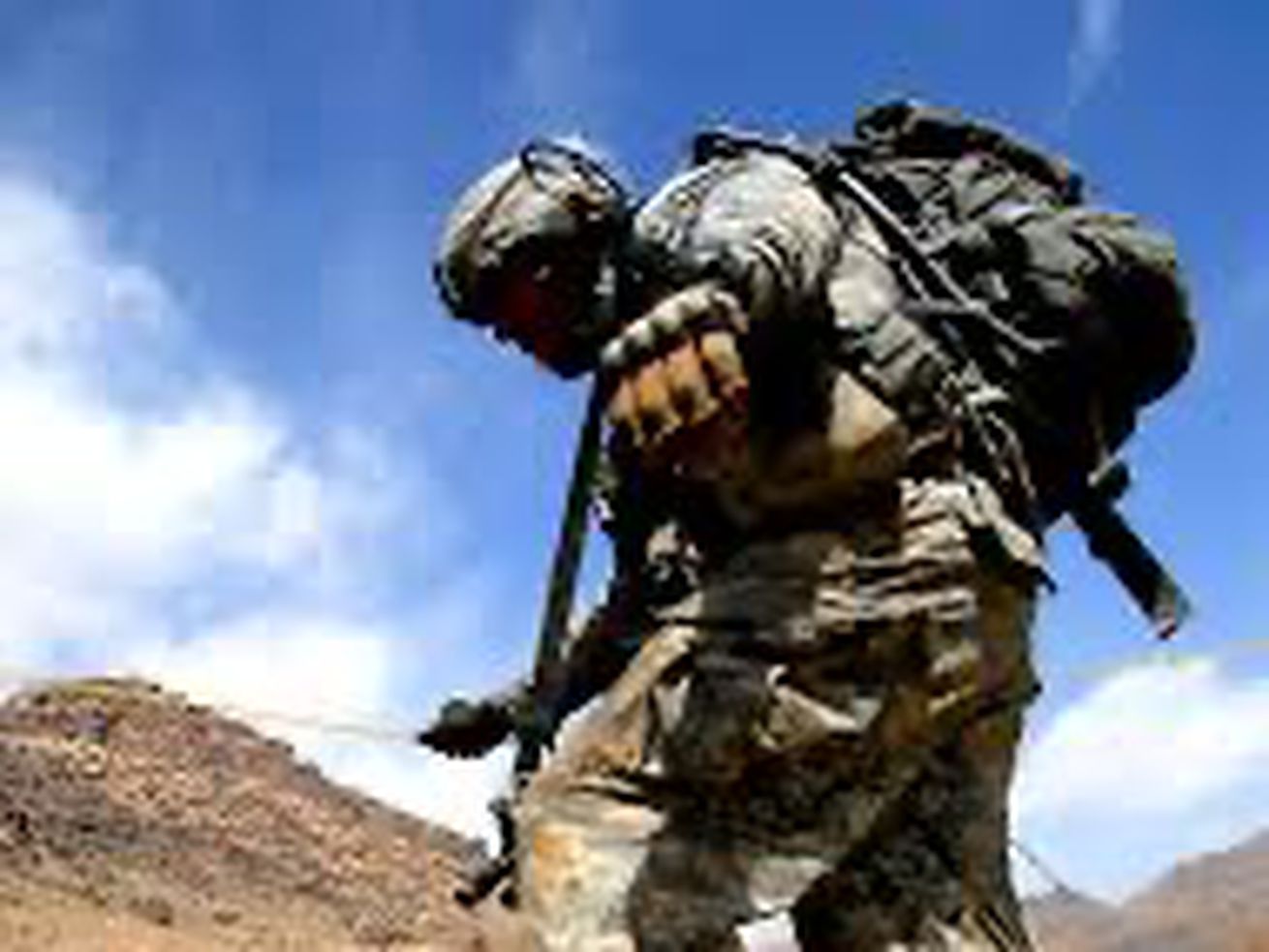 Nicholas Giovannelli of Niles is suing Walmart and Amazon, among others, claiming they took images of his time in the Army, turned them into posters and sold them without his consent. | Provided

Nicholas Giovannelli’s attorney, Craig Tobin, announced the filing of a lawsuit in the Circuit Court of Cook County.

Nicholas Giovannelli was accustomed to the U.S. military occasionally taking promotional photographs of him and his fellow soldiers while on combat duty in Afghanistan.

But five years after being honorably discharged and still dealing with the trauma of war, there are some things about his military life Giovannelli would like to forget — and can’t.

That’s been made worse, the Niles resident says, by the discovery a couple of months ago that some of the U.S. military photographs of his service have been made into posters and put online for sale.

“It doesn’t take a great amount of imagination to understand that someone who has sustained pretty substantial injuries on behalf of his country can be seriously harmed — both actually and mentally — by having to see images he never consented to to be sold publicly online,” Giovannelli’s Chicago-based lawyer, Craig D. Tobin, said during a call Thursday to announce the filing of a lawsuit in Cook County Circuit Court.

Giovannelli was not on the call and, through his attorney, declined interviews.

The defendants include Walmart and Amazon; neither could be reached for comment Thursday.

The lawsuit alleges the companies selling the posters “owed a duty to Giovannelli under Illinois law not to publicize and/or sell his image for profit without first procuring his written consent ….”

That breach of duty has caused Giovannelli to suffer “extreme emotional distress, including anxiety, flashbacks and exacerbation of plaintiff’s [post traumatic stress disorder].”

The suit seeks, among other things, damages in excess of $1 million.

Tobin said Walmart and Amazon, among others, have exploited Giovannelli’s service for financial gain.

During his service with the Army, Giovannelli took part in 100 or so combat patrols and suffered traumatic brain injuries in an incident that involved him taking “relentless mortar fire” while stationed at a guard post, Tobin said.

“This young man has given everything he can to this country,” Tobin said. “He left substantial pieces … of his life on a foreign soil.”

Giovannelli “medically retired” from the military after his extensive injuries. He was awarded the Purple Heart among other medals, Tobin said.

Tobin said it’s his understanding that the U.S. military never expected companies to take the photographs posted online and sell them. An Army spokesman was looking into the matter Thursday but did not have an immediate response.

“We want to make sure that the exploitation of these soldiers stops and that if there are profits and benefits that these corporations engaged in, which we know they did, that those are given to the rightful owners of those images — the people like young Nick,” Tobin said.