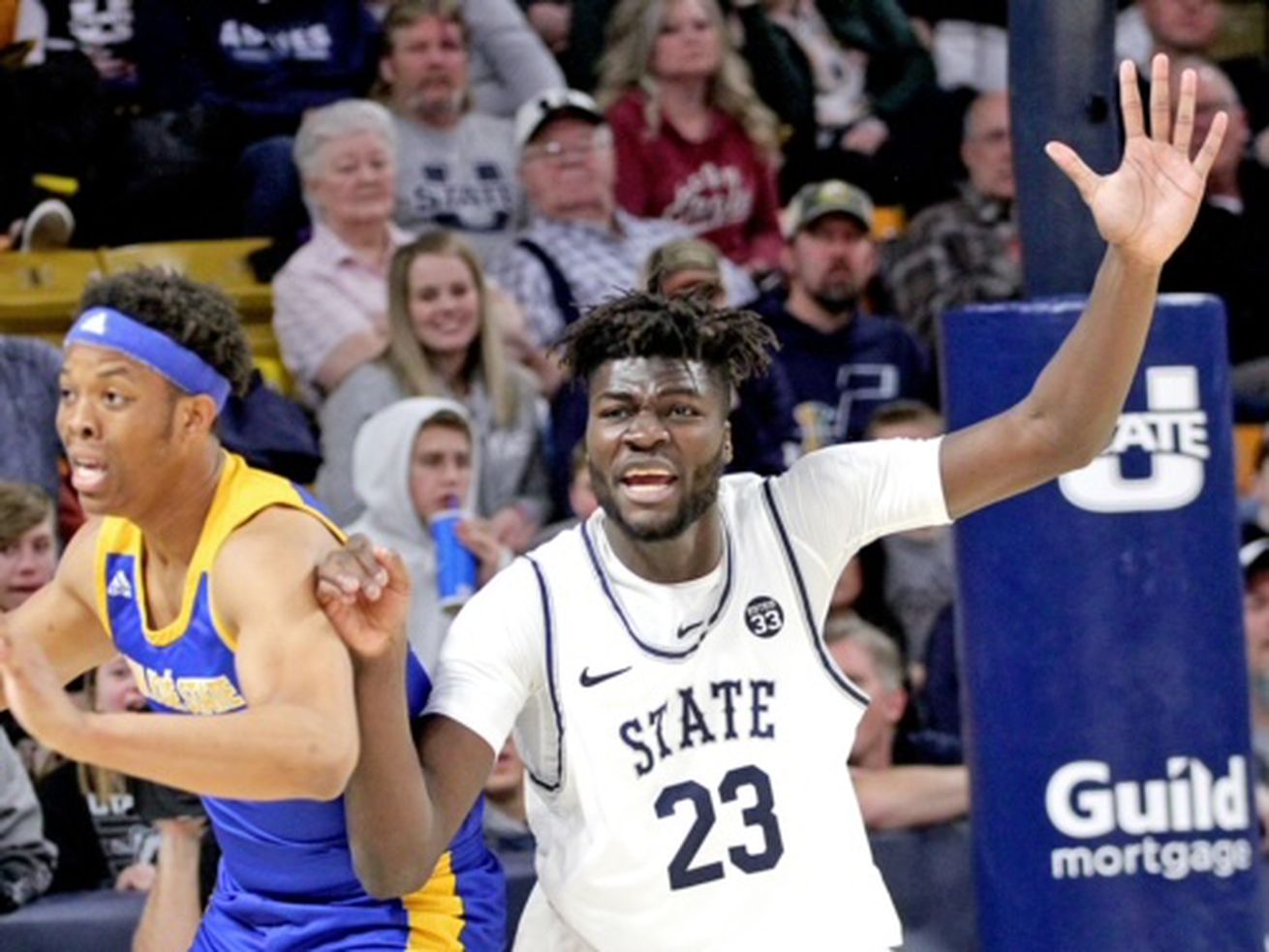 “We don’t do that very often; we don’t talk a lot about individual awards,” USU head coach Craig Smith said after the Aggies’ 82-46 rout of New Mexico in Lubbock, Texas.

“But (Queta) has certainly earned it, and no one was happier than all of his teammates.”

While the Aggies (9-3 overall, 6-0 in the Mountain West) were certainly happy with Queta’s 11 points and 13 rebounds in their eighth straight victory, they were even more thrilled that the junior’s third and final block of the game vaulted him into the top spot on USU’s all-time blocks list with 156.

Queta was able to surpass the previous record of 155 blocks by Gilbert Pete, who played at Utah State from 1986-89, in a mere 69 games.

“Not sure what took him so long to break this record,” Smith joked. “But it truly is amazing when you think about the history of Utah State basketball and our rich tradition. We’ve had incredible players come through here — and I don’t know all of the names — but it’s incredible.

“And for him to do this in such a short amount of time on winning teams, I think that says so much about him.”

Smith and Queta are both in the middle of their third season at Utah State. But after having a mammoth freshman season in 2018-19 in which he was named both the Mountain West Defensive Player of the Year and Freshman of the Year, the 7-foot Queta suffered a severe knee injury in the summer of 2019 while playing in an international tournament in his native Portugal.

Limited to just 22 games in 2019-20, Queta totaled 38 blocks as a sophomore after setting USU’s single-season mark with 84 in 2018-19. But a mere 12 games into his junior campaign, Queta already has a Mountain West-best 34 blocks, including 25 in Utah State’s six conference games.

“I felt like I was already a pretty good shot blocker all of the time I’ve been here,” Queta said. “But I feel like I’ve taken the next step, and part of that is avoiding getting stupid fouls on blocks that I shouldn’t get it. That’s a big thing.”

Queta hasn’t fouled out of a game yet this season, and he has picked up four fouls only twice in a dozen games. Of course, the Aggies have won their six conference games by ridiculous margins — an average of more than 33 points per game — so Queta has only played 30 or more minutes in a game twice since early December.

“It also helps a lot knowing that we’ve got a really good perimeter defense,” Queta added. “And whenever they make a …read more