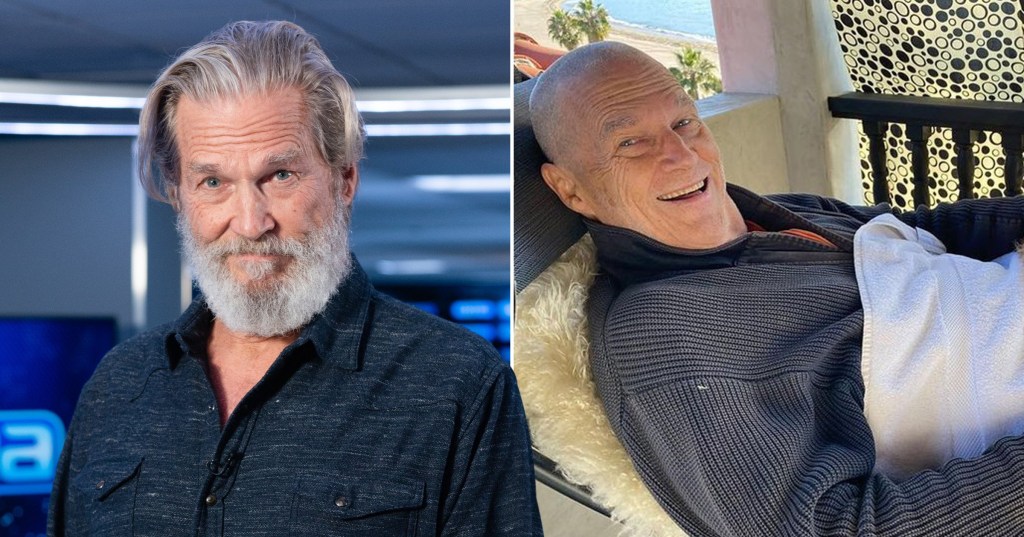 Jeff Bridges has shared a hopeful update with fans amid his cancer treatment, revealing it is ‘working beautifully’ and his tumour has shrunk.

The actor was diagnosed with lymphoma, a cancer that begins in infection fighting cells of the body’s immune system, in October.

Since then he has been keeping fans in the loop about his treatment on social media.

In a statement posted on his website he detailed how his ‘elated’ mood soon changed when he came home and watched the news.

Witnessing the fallout of President Donald Trump’s supporters rioting at the US Capitol last week, he said, ‘broke my heart’.

The 71-year-old said: ‘I go in for a CAT scan to see if my new protocol is shrinking my tumour. Turns out it’s working beautifully. The thing has drastically shrunk.

‘To see our country attacking itself broke my heart. A question rose in me – what’s an individual to do in a situation like this?

‘My mentor Rozzell Sykes came to mind. His manta was ‘Be love’.

After recommending books for his fans to read, he posted a video of himself singing as he played the guitar.

The actor shared his diagnosis in October (Picture: Instagram)

When the Iron Man star first shared the news about his health, he said he was ‘profoundly grateful’ for the support he had received.

Referencing his character from The Big Lebowski, he wrote on Twitter: ‘As the Dude would say…New S**T has come to light.

What is lymphoma and what are the symptoms as Jeff Bridges reveals he has the disease?

‘I have been diagnosed with Lymphoma. Although it is a serious disease, I feel fortunate that I have a great team of doctors and the prognosis is good.

‘I’m starting treatment and will keep you posted on my recovery.

‘I’m profoundly grateful for the love and support from my family and friends. Thank you for your prayers and well wishes.’

Parler returns, claiming ‘we will not let civil discourse perish!’