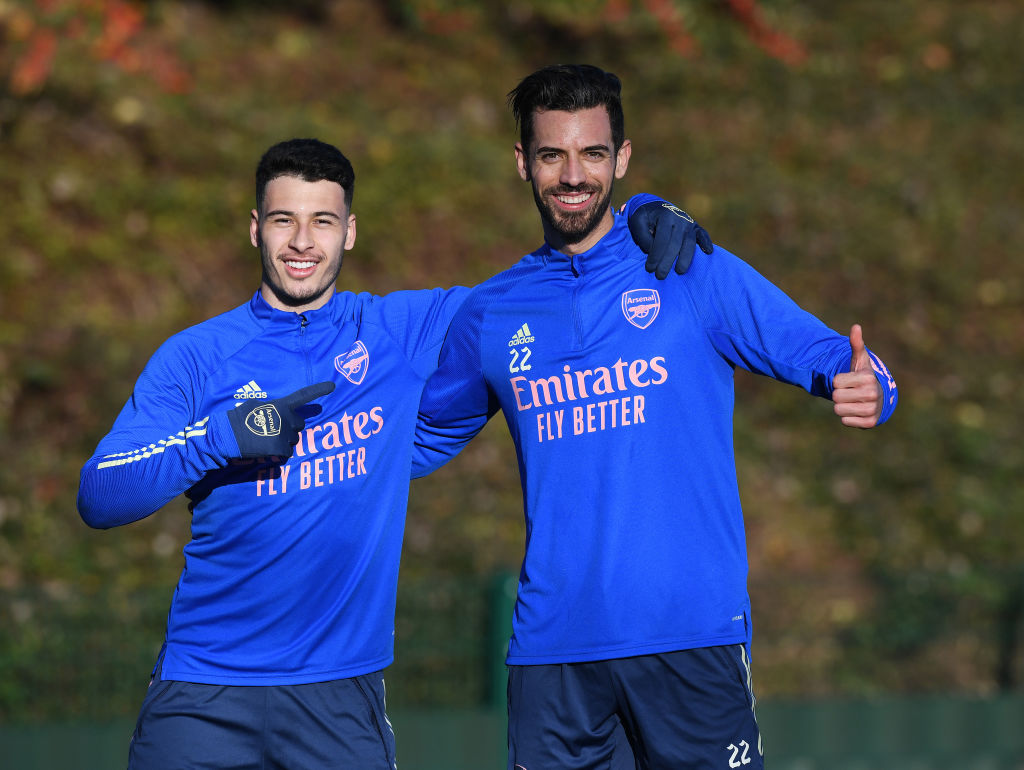 The pair both had to overcome long-term injuries (Picture: Getty Images)

Pablo Mari has praised the talent and professionalism of Arsenal’s rising star Gabriel Martinelli following his impressive form upon returning from injury.

The 19-year-old spent a gruelling nine months out of action after damaging his knee all the way back in March 2019.

Martinelli started in recent wins over Chelsea and Brighton and provided the dynamism and energy that had been lacking for the Gunners in previous months.

Martinelli has impressed for the Gunners since his return (Picture: Getty Images)

The Brazilian was set to feature in last weekend’s FA Cup third-round tie against Newcastle but rolled his ankle in the warm-up and was forced to sit out.

Scans have since revealed that Martinelli suffered no serious damage to his ankle and the winger could return in time for when Arsenal play the Magpies again, this time in the Premier League, on Monday.

Martinelli spent months in rehab alongside Mari, who was also sidelined for an extended period.

In that time, the Spanish defender learned a lot about the hardworking spirit and determination of his teenage team-mate and was effusive in his praise of him.

‘Speaking of him as a footballer, I think he has something different, I believe he’s a different talent from what we are seeing,’ Mari told ESPN Brasil.

‘I had the opportunity to get to know him in depth during these months of injury that we work together almost every day, I know how good he is, he’s a wonderful person.

‘He’s a boy who’s very professional, he likes to come to work, to work hard, he’s always thinking about others, he’s a very humble boy.’

The Gunners were enduring a miserable run of form before an impressive 3-1 victory over London rivals Chelsea set them on a much-needed winning streak.

After four consecutive victories in all competitions, Mikel Arteta’s side should be full of confidence heading into their league clash against Crystal Palace on Thursday evening.

Mindfulness ‘improves mental health and wellness’ but won’t work for all, study says