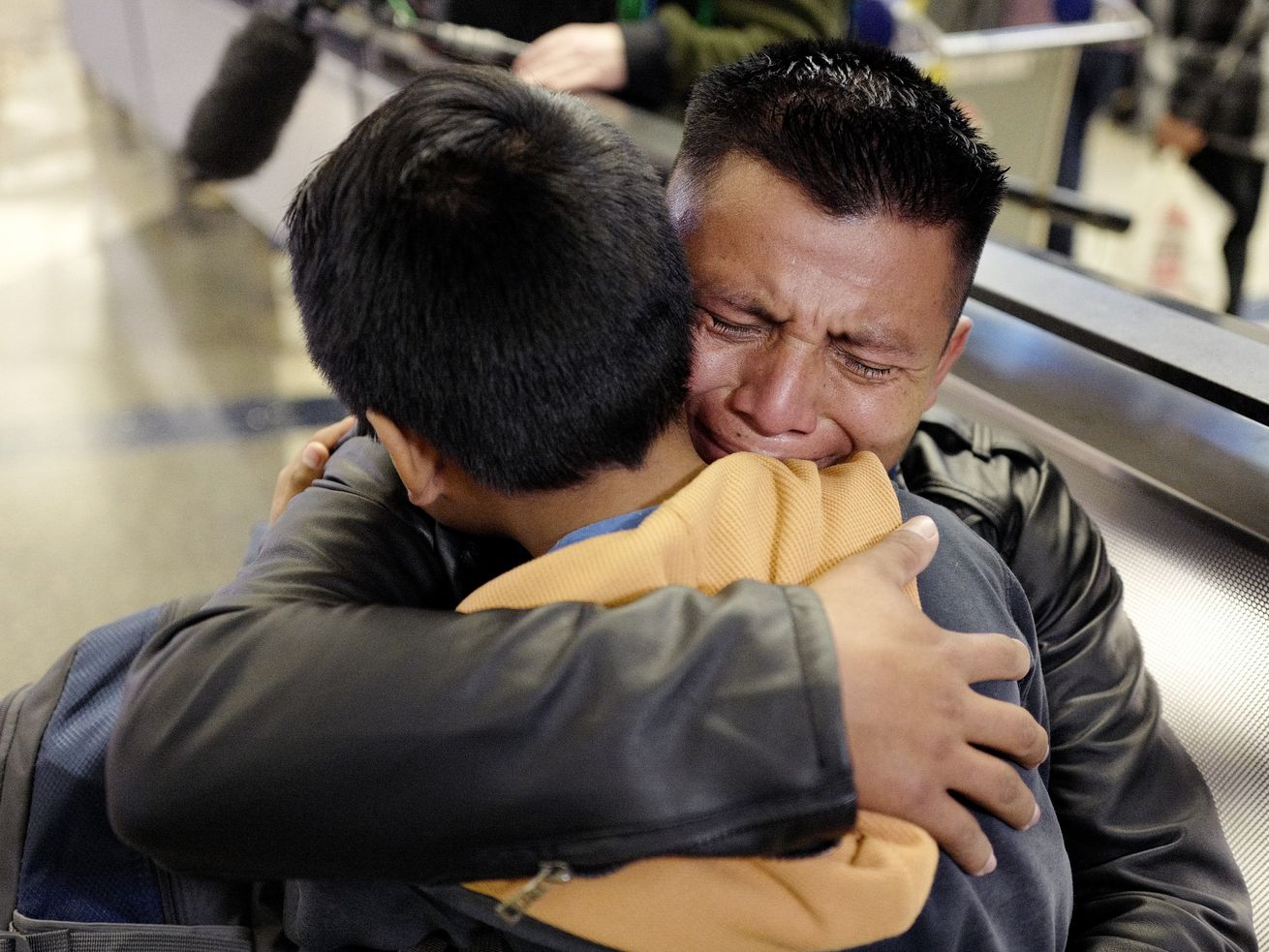 In this Wednesday, Jan. 22, 2020, file photo, David Xol-Cholom, of Guatemala, hugs his son Byron at Los Angeles International Airport as they reunite after being separated during the Trump administration’s wide-scale separation of immigrant families, in Los Angeles. A court-appointed committee has yet to find the parents of 628 children separated at the border early in the Trump administration. | AP

The report from the inspector general for the Justice Department found that leadership failed to prepare to implement the policy or manage the fallout, which resulted in more than 3,000 family separations and caused lasting emotional damage to children who were taken from their parents at the border.

WASHINGTON — Justice Department leaders under President Donald Trump knew their 2018 “zero tolerance” border policy would result in family separations but pressed on with prosecutions even as other agencies became overwhelmed with migrants, a government watchdog report released Thursday has found.

The report from the inspector general for the Justice Department found that leadership failed to prepare to implement the policy or manage the fallout, which resulted in more than 3,000 family separations and caused lasting emotional damage to children who were taken from their parents at the border. The policy was widely condemned by world leaders, religious groups and lawmakers in the U.S. as cruel.

Former Attorney General Jeff Sessions, along with other top leaders in the Trump administration, were bent on curbing immigration. The “zero tolerance” policy was one of several increasingly restrictive policies aimed at discouraging migrants from coming to the Southern border. Trump’s administration also vastly reduced the number of refugees allowed into the U.S. and all but halted asylum at the border, through a combination of executive orders and regulation changes.

President-elect Joe Biden has said Trump’s restrictive immigration policies are harmful, but it’s not clear yet what he will do when he gets in office to alter the system.

The “zero tolerance” policy meant that any adult caught crossing the border illegally would be prosecuted for illegal entry. Because children cannot be jailed with their family members, families were separated and children were taken into custody by Health and Human Services, which manages unaccompanied children at the border. The policy was a colossal mess; there was no system created to reunite children with their families. The watchdog report found that it led to a $227 million funding shortfall.

The policy began April 6, 2018, under an executive order that was issued without warning to other federal agencies that would have to manage the policy, including the U.S. Marshals Service and Health and Human Services. It was halted June 20, 2018.

Anna Friel ‘threw up’ after filming ’emotional’ scene in Marcella: ‘Sometimes I get myself into such a state’

Christian Pulisic is ‘too good’ for Chelsea and is being ‘wasted’ under Frank Lampard, says Alexi Lalas