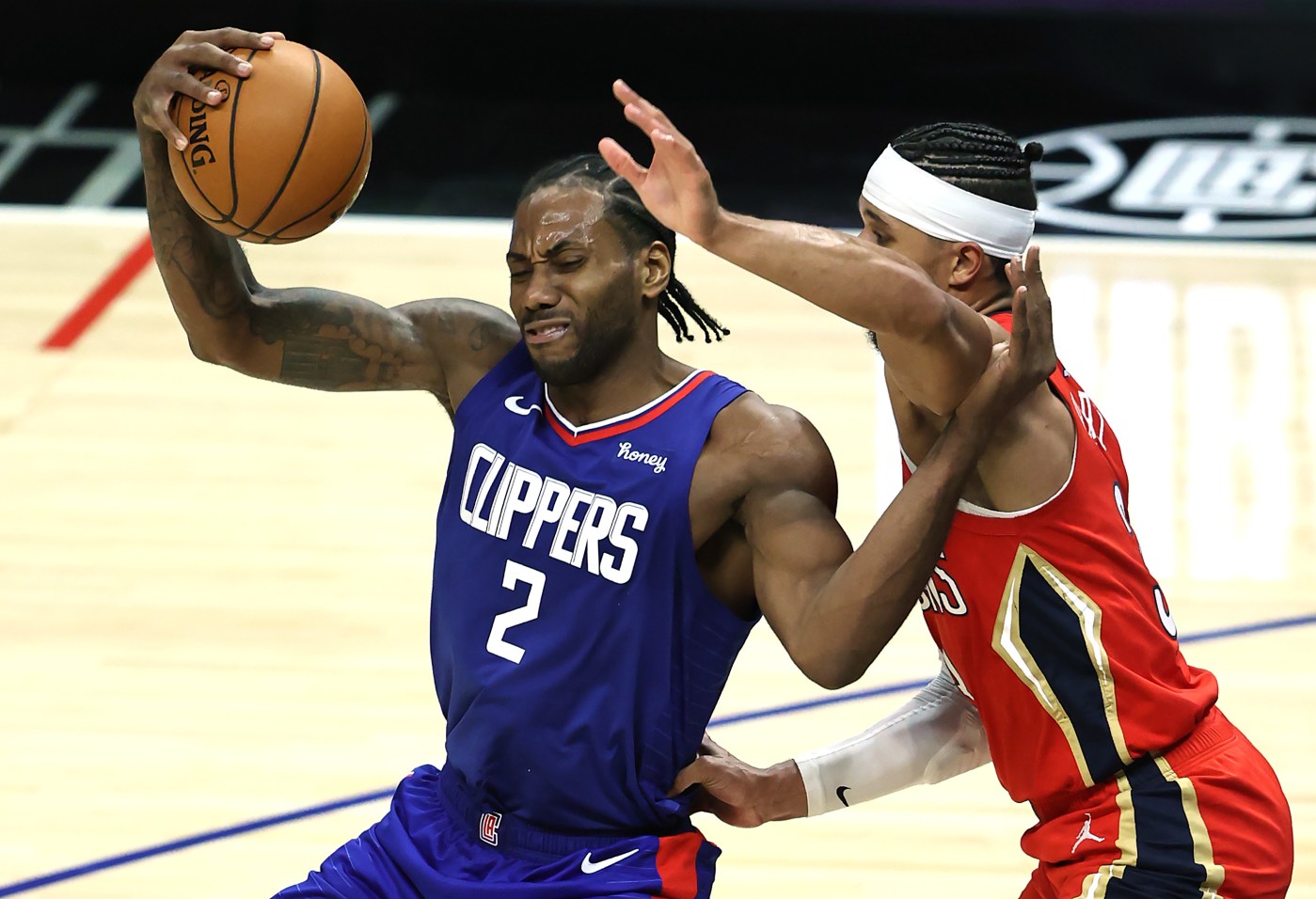 LOS ANGELES — The Staples Center stage was set up for a clash of styles and, on Wednesday night, a stark difference of fortunes.

Fully staffed, the Clippers avoided the trappings of life against an undermanned underdog, getting past a pesky New Orleans Pelicans team that was down three starters, including superstar sophomore Zion Williamson.

“When you have a lot of talent sometimes, you can fall victim to that, but we just got to make sure we’re just taking advantage of every day, every game, every practice and trying to get better,” Clippers coach Tyronn Lue said before his team’s 111-106 victory.

“Our main focus,” Lue insisted, “is us getting better each night, not about the opponent.”

Even so, Wednesday’s opponent – despite being shorthanded, and even in defeat – played its part admirably. Coach Stan Van Gundy’s squad dominated the boards, 48-36 – fully in character for the team that showed up Wednesday with a league-best rebounding percentage of 54.1 percent.

The Pelicans also did their requisite damage in the paint, outscoring their hosts down low, 52-20.

But those advantages weren’t enough against the NBA’s top 3-point shooting team (L.A. came in shooting 42.4 percent from deep), which continued to drive, kick and connect from distance – going 18 for 37 against New Orleans.

While the Pelicans (4-6) shot 10 for 28 from deep, half of the Clippers’ shots originated from behind the arc, and six Clippers connected on multiple 3s. George was responsible for five of them – the ninth time this season he’s hit four or more in a game and the seventh time he made at least five.

Kawhi Leonard led the Clippers with 28 points and nine assists, and George weaved his way through New Orleans’ defense for a typically pretty assortment of baskets and scored 27 points on shot-making that included a fourth-quarter layup, flipped off the top of the backboard, as well as the 3-pointer as time expired in the first half.

That first-half-finishing trey punctuated a 21-4 run and ended with George falling backward into the arms of Serge Ibaka, who wrapped him up in a bear hug and carried him off the court, their lead 18 points.

The Pelicans closed to within 89-85 with 8:11 to go, but the Clippers used their long-range skills to nudge the door closed: Patrick Beverley’s third 3-pointer recreated some distance and Leonard’s first 3-pointer (of two) shortly thereafter made it 97-87, and had team owner Steve Ballmer whipping his right arm in the air from his seat next to the basket.

Nickeil Alexander-Walker led the Pelicans with 37 points (on 15-for-23 shooting) and eight rebounds, both career highs in his first start of the season. Brandon Ingram finished with 22 points on 8-for-19 shooting.

In addition to Williamson (ruled out because of inconclusive coronavirus test results), the Pelicans were missing Lonzo Ball (bilateral knee tendinopathy) and Eric Bledsoe (right eye irritation). Together, they account for 46.1 points and 15.6 rebounds per game.

The victory was the Clippers’ second in a row, breaking a seven-game, win-one-lose-one pattern they’d been …read more

Streaming movie picks: ‘Outside the Wire’ is a sci-fi gem