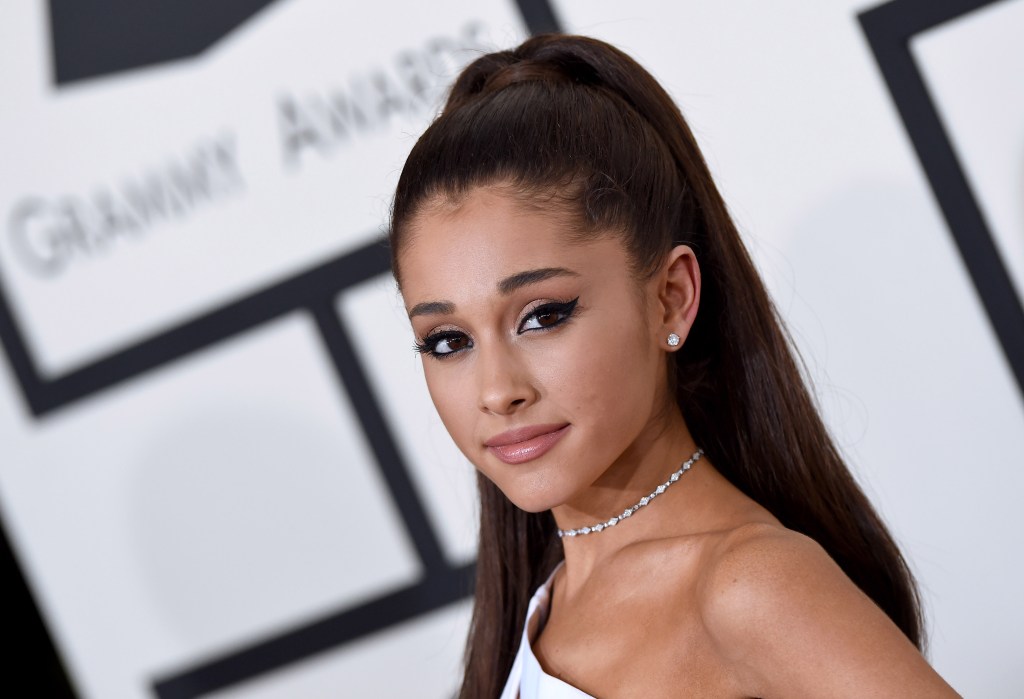 Ariana Grande just bestowed a real treat on fans, as she revealed she’s set to drop a remix of her track 34+35 with not only Doja Cat, but Megan Thee Stallion too.

Taking to Twitter, Ariana teased that her latest collaboration would be dropping on Thursday night, while sharing a fan caricature of all three stars ahead of the release.

In the artwork, Ariana takes centre stage rocking a robot-inspired outfit, similar to her appearance in the official video for 34+35 that features on her latest albums Positions, released in October.

Ariana kept fans guessing and didn’t give any details away in her tweet, instead linking to a website counting down the hours until the collab drops, and all fans could think about was the TikTok routines that would come out of it.

‘I’m already picturing the tik tok dances that people are going to come up for this song,’ tweeted one fan, while another posted: ‘I just know the tiktok dance is already ready.’

Others called the collaboration ‘iconic’ before even hearing it, with some fans predicting the remix will head straight to the top of the charts.

‘YES! The only right choices! A hit on the way,’ tweeted one follower.

‘Number 1 literally confirmed,’ said one excited fan, while another agreed: ‘we knew it but OMG A SERVE IS COMING.’

I just know the tiktok dance is already ready

I’m already picturing the tik tok dances that people are going to come up for this song.

ARIANA AND MEG AND DOJA ON ONE SONG?! pic.twitter.com/xuINgJqt2D

YES! The only right choices! A hit on the way.

we knew it but OMG A SERVE IS COMING pic.twitter.com/NK2uOQVn9C

One more fan was all for the ‘masterpiece’, as they posted: ‘i love u so much can’t wait to hear this masterpiece. next step u performing positions songs im begging.’

While most were all for Doja Cat and Megan teaming up with Ari, some couldn’t help but share their disappointment that it wasn’t Nicki Minaj collaborating with the singer again.

Ariana and Nicki previously worked together on a huge six songs, including their hit Bang Bang with Jessie J, Ariana’s track Side to Side and Nicki’s song Bed.

The best sleep aids from weighted blankets to bath salts

For the first time, the U.S. is not having a peaceful transfer of presidential power