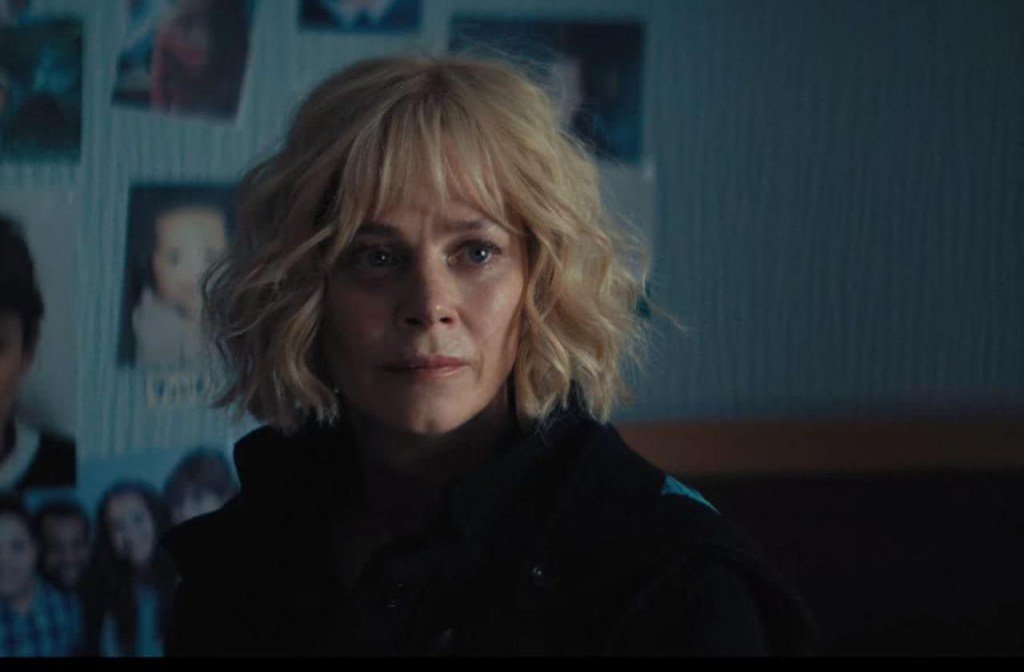 Anna Friel ‘threw up’ while filming for Marcella (Picture: ITV/Netflix)

Anna Friel sometimes got into ‘such a state’ while filming for Marcella that she was physically sick.

Season three of the ITV drama is set to hit our screens later this month, but not as fans know it.

The actress, who plays police detective Marcella Backland in the hit series, explained that when she is filming an emotional scene, she can get ‘poisoned by the stress’ of the character.

Speaking to Metro.co.uk and other press about how she deals with filming the distressing scenes, Anna began: ‘I tend to let it affect me once it’s a wrap on the whole season because otherwise it can get overwhelming.

‘Sometimes I’ve got myself to such a state that I’ve kind of rushed into the trailer and thrown up because the cortisol levels have gone to such a high status and the body is being poisoned by the stress.’

‘But you do relive it but because I give everything to her,’ she added. ‘I become her to a certain extent.’

Anna really gets into character when filming for Marcella (Picture: ITV/Netflix)

The last we saw of troubled Marcella in season two she went to throw herself off a building before her colleague Rav Sangha (Ray Panthaki) came to the rescue.

After she confessed to Rav about her dead daughter Juliette, she then attacked him and left him handcuffed to a toilet cubicle.

She then cut off her hair, sliced open her mouth and faked her own death.

Season three of Marcella will see a brand new cast, but one familiar face returning is Rav – who soon realises that his former colleague is not dead.

Rav makes a return and realises Marcella is not dead (Credits: ITV)

Speaking about what it’s like for his character to see Marcella alive, Ray explained: ‘Initially, it’s like he’s seen a ghost, like someone has returned from
the dead.

‘Everyone assumes that she passed away in a fire, as her DNA found at the scene confirmed her death.

Can I pay to get the Covid vaccine?

‘To someone who works with forensic facts, there is no reason for him to believe she would be alive.’

‘It’s an unbelievable moment,’ he added.

The new eight-part series will see Marcella in Belfast as an undercover detective – and with a brand new identity.

As she inhabits the new character of Kiera, Marcella sets her sights on focusing upon the Maguire family’s criminal operations.

However, as she investigates their activities, questions start to arise about how much she’s embraced the Keira personality and left Marcella behind.

Her undercover role makes her take risks, but will her old life eventually
catch up with her?

Marcella will air on ITV later this month.

If you’ve got a celebrity story, video or pictures get in touch with the Metro.co.uk entertainment team by emailing us celebtips@metro.co.uk, calling 020 3615 2145 or by …read more