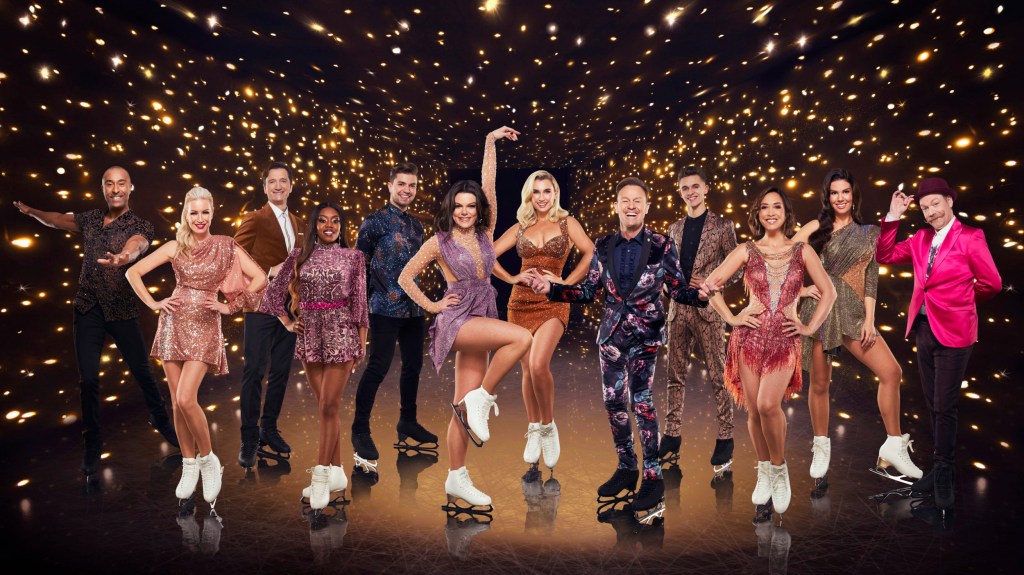 Dancing On Ice will launch this Sunday (Picture: ITV)

Dancing On Ice 2021 will launch as planned this Sunday despite reports claiming that five members of the crew have tested positive for coronavirus.

It was thought the new series was in jeopardy over the alleged outbreak on set, but it’s been confirmed that the show will go on, and presenters Holly Willoughby and Phillip Schofield will introduce the 12 celebrity contestants in four days time.

Bosses have ensured that a number of strict Covid-19 rules have been put in place to make sure the competition can go ahead safely.

An ITV spokesperson told Metro.co.uk: ‘The welfare of everyone who works on Dancing On Ice is our first priority.

‘We have had a robust set of measures in place ever since work on the series commenced in order to operate safely within Covid-19 guidelines and to ensure the wellbeing of everyone connected with the production.’

The show will go on – with strict coronavirus rules in place (Picture: ITV)

Besides This Morning’s Holly and Phil returning to host the show, skating icons Jayne Torvill and Christopher Dean will lead the judging panel alongside John Barrowman and Ashley Banjo.

As well as plenty of changes behind the scenes to remain Covid-secure, there are a few differences in the format on Dancing on Ice this year.

Like normal, six celebrities will take part in the first show of the series, followed by the remaining six the week after.

Dancing on Ice: From format changes to the best line-up yet – your guide ahead of launch

Trump always had a whiff of fascism

The couples at the bottom of their respective leaderboards after both weeks will take part in a Skate Off, where they’ll compete again in a bid to keep their place in the competition.

But in a new twist, this year, judges will have the power to award their newly created Golden Ticket, which has the power to send one couple through to the next stage making them safe from the vote.

Dancing On Ice kicks off on Sunday at 6pm on ITV.