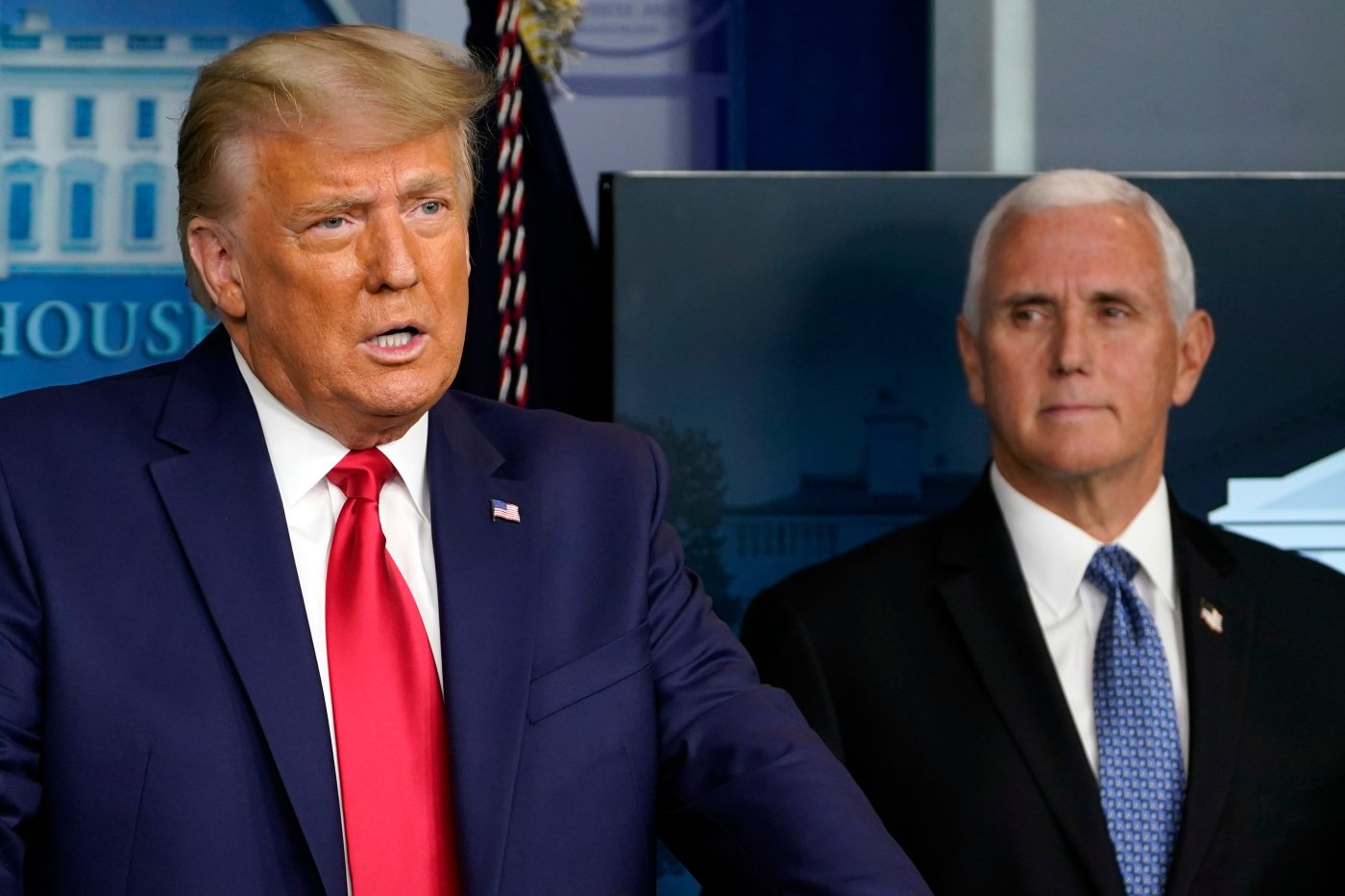 Vice President Mike Pence received a memento from his aides the other day: the engraved chair set aside for him in the White House Cabinet Room, hauled over-the-shoulder from the West Wing and delivered to the Eisenhower Executive Office Building for one of his final staff meetings.

The gift, accompanied by a standing ovation, was nearly the opposite sentiment being offered to Pence’s boss, President Donald Trump. Instead of applause, many of Trump’s aides — even those who have stuck with him through myriad scandals and embarrassments — were voicing shame and disappointment. His circle has shrunk. Many have resigned and others are still considering it.

Trump spent the weekend largely in isolation, as aides either distanced themselves from him or limited their time in his presence. Trump canceled a planned trip to Camp David, where his closest aides were hoping he would get into a good mindset ahead of his final stretch in office. Instead, he spent the weekend stewing to his deputy chief of staff, Dan Scavino, and entered his final full week angrier than ever.

The attempted insurrection that Trump incited at the US Capitol last week prompted the permanent suspension of his Twitter account, a looming second impeachment and a wave of administration resignations. But among the more significant repercussions has been the apparent collapse of Trump’s relationship with Pence.

Pence has finally “gotten a glimpse of POTUS’ vindictiveness,” one source familiar with the situation said, using the acronym for President of the United States.

Trump’s treatment of a man who served him faithfully for more than four years has outraged those in Pence’s orbit — but also many in Trump’s, who view Pence as the most loyal of lieutenants whose treatment they regard as deeply unfair. And while Pence does not appear likely to entertain invoking the 25th Amendment to remove Trump from office, he has not weighed in on it publicly, allowing the idea to persist, which people close to him described as intentional.

Pence, who is often internally mocked for how deferential he is toward Trump, has taken a quiet but defiant stance in their final days in office. One source close to the vice president said Pence is hoping to spend his remaining days in office telegraphing “to our allies and adversaries that we have a fully functioning government.”

The mob event, and Trump’s fury at Pence in the lead-up to it, left their relationship in tatters. As of midday Monday, the pair had not spoken since before Trump’s rally on the Ellipse last week. Their last conversation was punctuated by a vulgarity the President uttered after Pence informed him, for a final time, that he could not unilaterally reject the results of the election, something he had already told Trump in previous meetings that often dragged on for hours.

On several occasions, Trump had sent a random assortment of lawyers, such as Jenna Ellis, to the vice president to explain, in his mind, that he could disrupt the results process.

Analysis: Now that Liam Hendriks is gone, who will close for the A’s?

US NTSB team arrives in Indonesia to look into jet crash

Former Rep. Mickey Edwards says he’s leaving the GOP because it has ‘become a cult’ under Trump: ‘It’s no longer a political party’