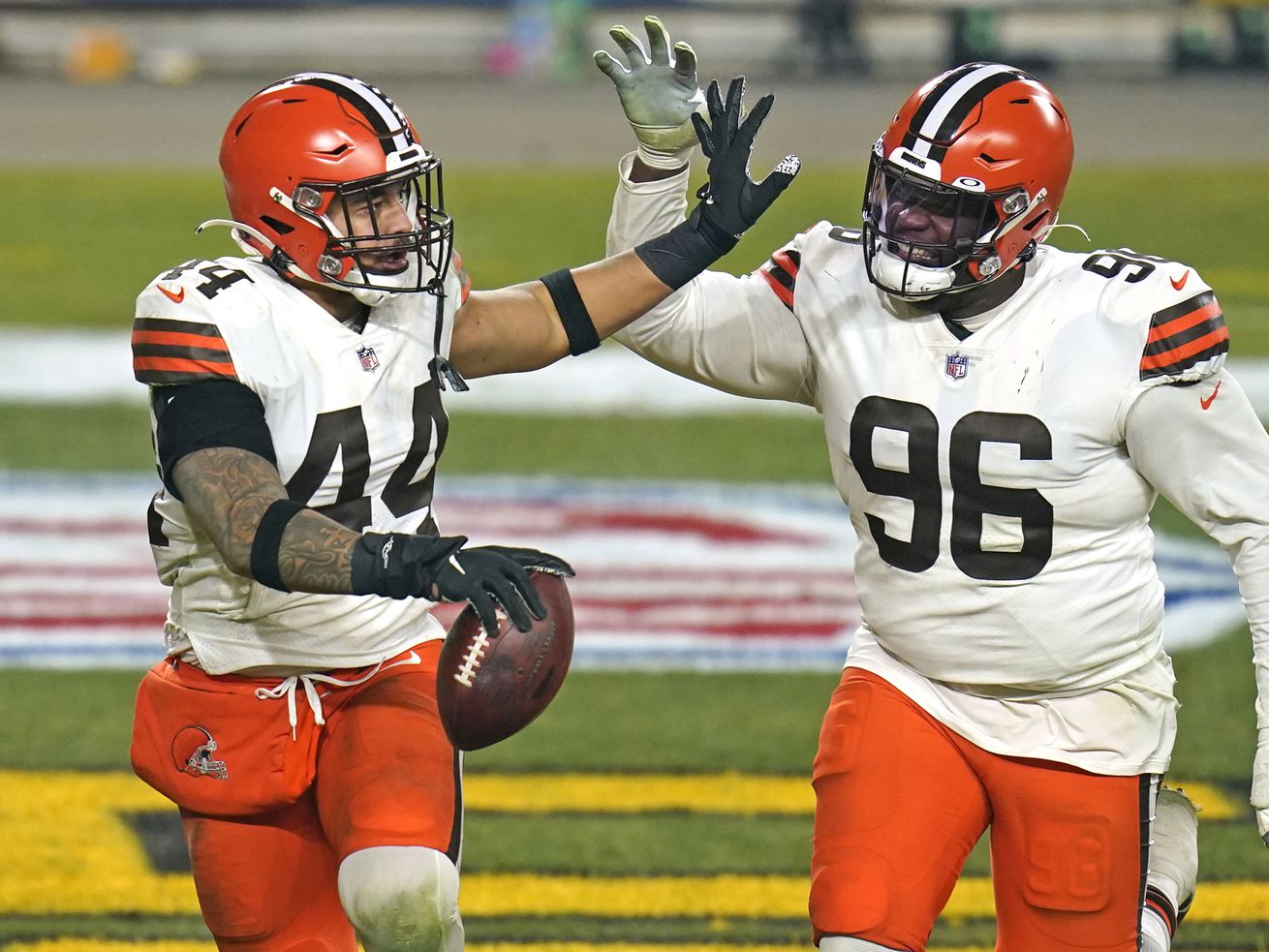 Sione Takitaki’s interception with just over three minutes to play in the Cleveland Browns’ 48-37 win over the Pittsburgh Steelers all but sealed the victory Sunday night during NFL wild card weekend.

It also earned the former BYU linebacker a well-earned shoutout from the icon of Cleveland sports, LeBron James.

Takitaki had a memorable night for the Browns in their first playoff win in 26 years, as he finished with three tackles, a pass deflection and the late interception.

With 3:25 to play and the Steelers facing a first-and-10 from their own 40 down 45-29, Takitaki stepped in front of a Ben Roethlisberger pass and intercepted it at the Pittsburgh 48, then returned it 23 yards to the 25. That set up Cleveland’s final score, a 37-yard field goal, following Roethlisberger’s fourth interception of the game.

Takitaki with the PICK!

It was the second interception of the year for Takitaki, a second-year pro.

Takitaki wasn’t the only Utah tie who intercepted Roethlisberger. In the second quarter, former Salem Hills standout Porter Gustin laid out for an interception. With Pittsburgh trailing 28-0 and facing a third-and-2 in Cleveland territory, fellow Browns defensive lineman Vincent Taylor got a hand on a Roethlisberger pass, and the defensive end Gustin dove to make the interception.

Porter Gustin DIVES for the INT!

Gustin also had a pass deflection in what, like Takitaki, was his first playoff appearance.

Through one round of the 2020 NFL playoffs, there are 22 players with Utah ties on NFL rosters for teams still playing for a right to reach the Super Bowl. There were 34 heading into this year’s postseason.

Seven of the eight teams who will play in next weekend’s divisional round have a Utah tie on their roster, whether it’s on the active roster, practice squad or a reserve list.

The University of Utah leads the way with eight former Utes on NFL teams still alive in the playoffs. BYU follows with five, while Utah State has four and Weber State two.

Here’s a look at how other Utah ties on active rosters performed on Sunday: