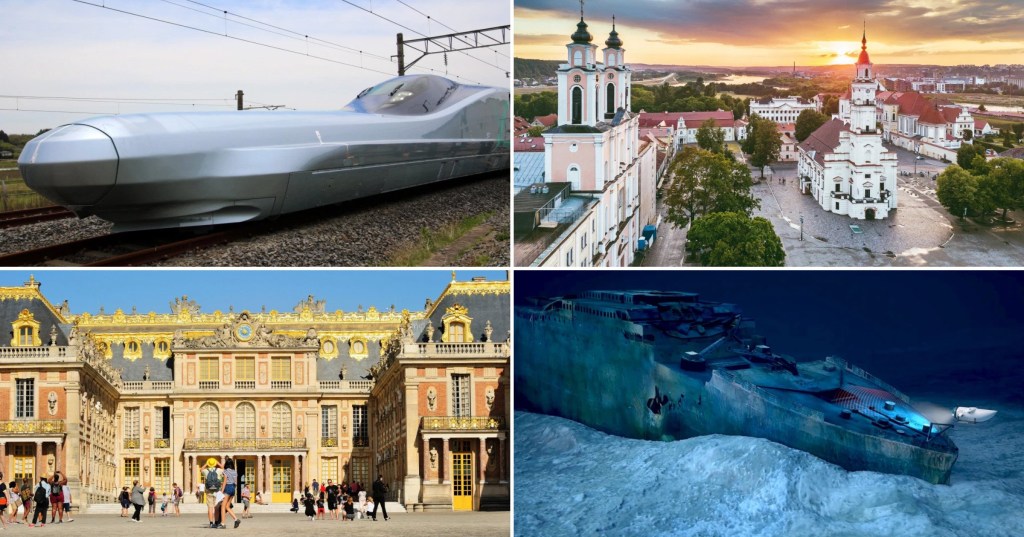 2021 might be off to a bit of a bleak start, but there are plenty of reasons to keep smiling.

Exciting new opportunities to explore are popping up all over the world, so whether you’re an animal-lover, thrill-seeker or Titanic fanatic, this year has something that will inspire you.

Live like a King for the night in France, or join to the jet-set in St Vincent and the Grenadines.

Can you spot the leopard? (Picture: Behzad J.Larry )

Seeing the elusive snow leopard will become much easier in December 2021, when the first permanent leopard-spotting camp in Ladakh’s Hemis National Park is unveiled in India.

Ladakh is one of the best destinations to spot the big cats and the camp will be operated by Voygr Expeditions, which offers conservationist-led tours.

Exploring the Baltics will be much easier

A new train link will put Vilnius on the map

Travelling between certain European destinations is a breeze – a train will take you from Zurich to Vienna, or from Paris to Stuttgart, in a matter of hours. Northern Europe, however, has always felt slightly excluded – until now.

Construction recently started on the massive Rail Baltica project, which will not only provide better train connections between Poland, Lithuania, Latvia, Estonia, Finland and the rest of Europe but will also transform rail travel between these countries. The first trains take to the tracks in 2026.

Living in the Palace of Versailles might sound rather lovely but don’t be deceived. For starters, there are 2,143 windows and 1,252 fireplaces, all of which need regular cleaning. Our advice? Consider simply spending the night there instead.

Airelles Château de Versailles, Le Grand Contrôle (try saying that after a mouthful of macarons) opens at the palace this year and rooms will start at around £1,174 per night when bookings open.

Situated within a converted building in the grounds, it’s an explosion of Louis XVI-style grandeur, with 18th-century chandeliers, fabric-draped four-poster beds and more antiques than you can shake a brioche at.

It’s time to reconsider the theory that water and electricity don’t mix because we’ll soon see the launch of the first electric seaplane fleet. Canadian airline Harbour Air will start offering the flights later this year.

Vancouver and Seattle will serve as hubs, and flights will service British Columbia destinations such as Victoria and Whistler.

Getting around Japan will soon take much less time

Got a need for speed? You’ll love the Alfa-X Shinkansen, the world’s fastest bullet train.

Although you’ll have to wait a few years to ride it (it’s expected to begin public service in 2030), there will be regular trials, with …read more

Veganuary: Top tips and plant-based products to help you stick to your new vegan diet