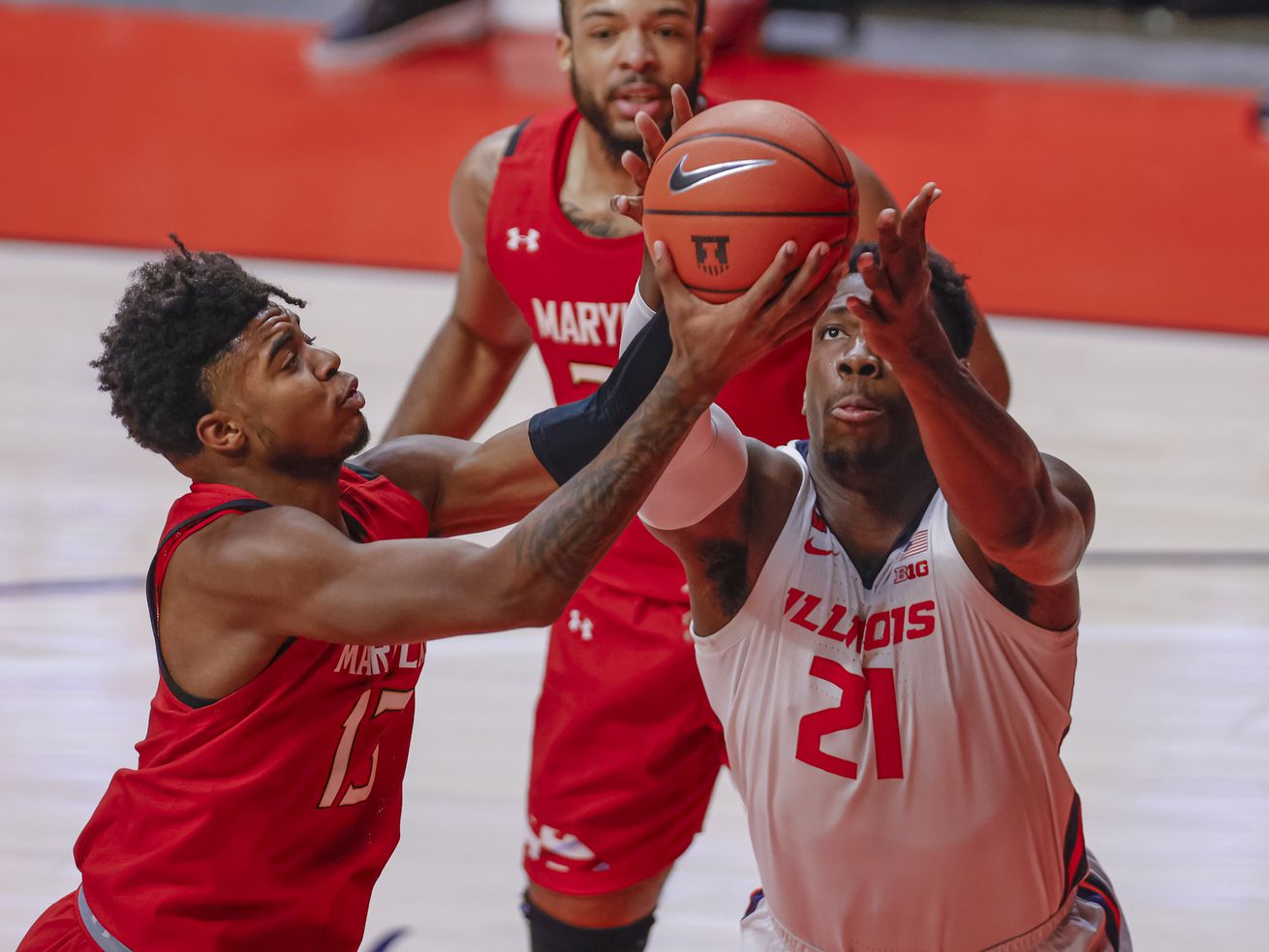 Hakim Hart #13 of the Maryland Terrapins and Kofi Cockburn #21 of the Illinois Fighting Illini reach for the loose ball during the second half at State Farm Center on January 10, 2021 in Champaign, Illinois. | Michael Hickey/Getty Images

The game was fast-paced and close throughout. Hakim Hart hit a 3-pointer with 4:08 left to give the Terrapins a 62-61 lead, which Maryland didn’t relinquish.

Ayo Dosunmu scored 23 points for Illinois (9-4, 5-2 Big Ten) and Kofi Cockburn added 21 points and 10 rebounds. Dosunmu missed a long 3-pointer at the buzzer that would have tied it.

Maryland played without point guard Eric Ayala (14 points per game) due to a groin injury.

Illinois jumped to a 14-7 lead, fueled by five quick points for Dosunmu, six by Cockburn and a long 3-pointer by Adam Miller. Maryland stuck around and tied it at 16 midway through the first half.

Illinois guard Trent Frazier took a blow to his left shoulder late in the first half and left in obvious pain. He returned in the second half but was held scoreless.

Cockburn had 16 points at the break.

Scott buried a 3 at the buzzer to pull the Terrapins within 34-32 at the half.

Expect Illinois to drop in the rankings but remain in the Top 25.

Illinois: Travels to Nebraska on Wednesday.