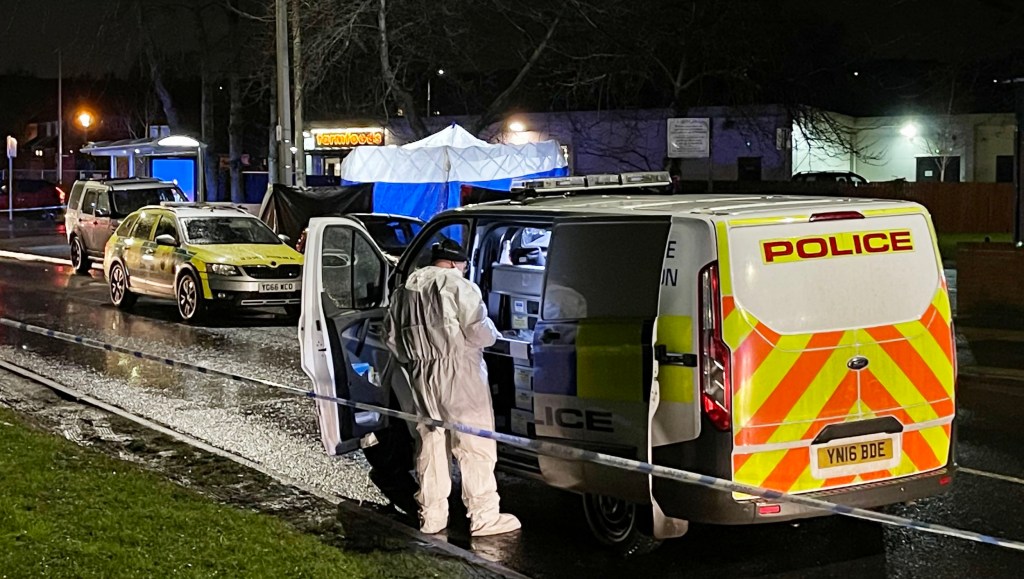 A large police and emergency services response were at the scene (Picture: Ben Lack)

A man has reportedly been injured in a shooting outside a supermarket in a scene described as ‘utter chaos’.

The shooting took place at about 4.45pm outside a supermarket in Mexborough, Doncaster.

Witnesses described seeing a young man ‘gunned down’ in the street, however police have not yet confirmed any details.

‘Officers are currently at the scene as investigations continue.’

South Yorkshire Fire and Rescue also attended the incident with firefighters assisting police with screens to protect the crime scene.

Anyone with information is urged to call 101.

This is a breaking news story, more to follow…

‘I wanted to be white’: Women of colour explain the damaging impact of Eurocentric beauty standards

Dave Bautista offers $20,000 to catch whoever carved ‘Trump’ onto manatee’s back

Icing out the ducks: Aaron Yetter’s final blog of the season off the aerial waterfowl surveys