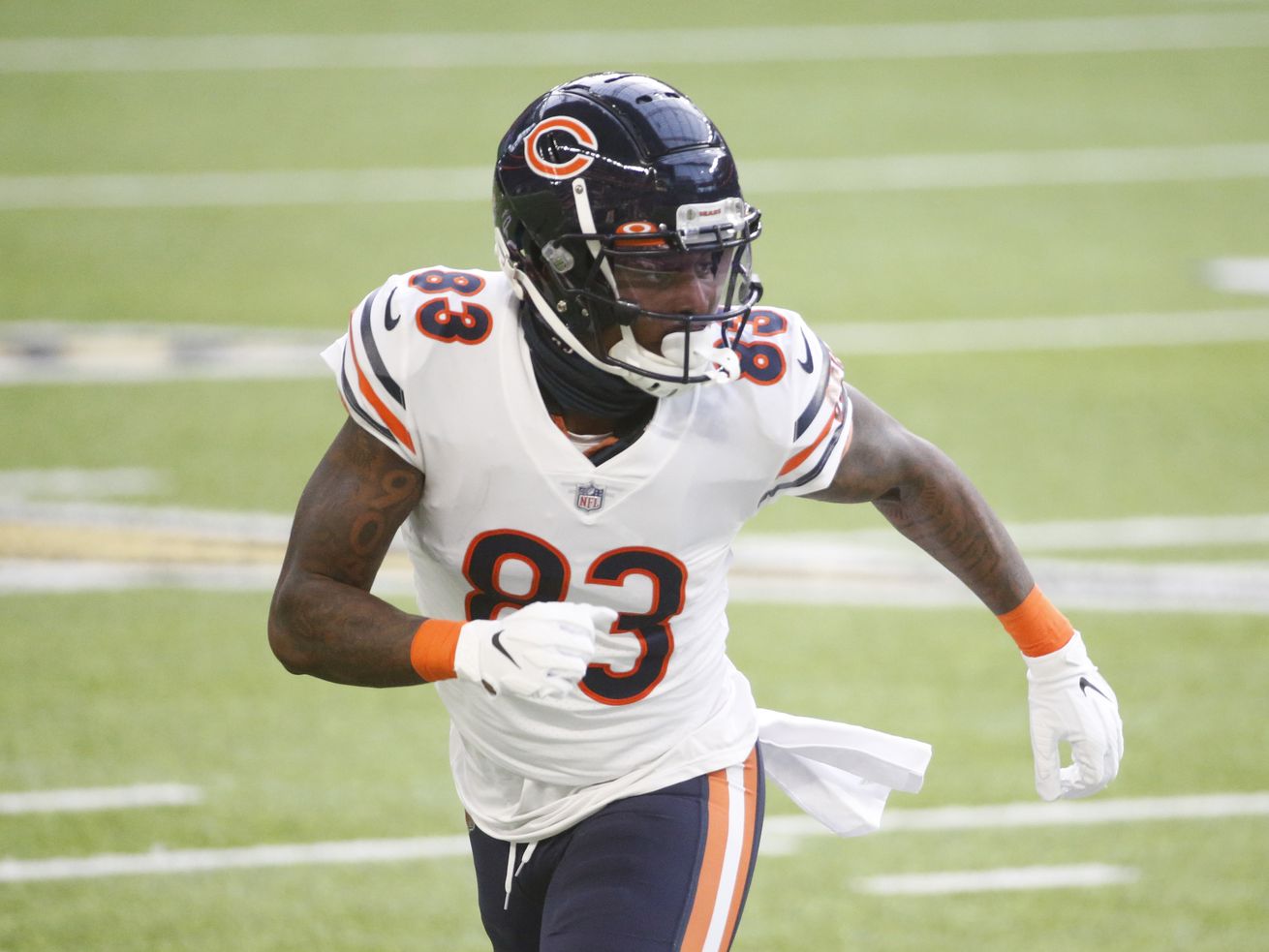 Wims had one catch for 28 yards against the Saints. | AP Photos

With a limited crew at wide receiver, the Bears needed a big game from Wims. He did not deliver.

NEW ORLEANS — With their wide receiver unit whittled down by injuries and an ejection, the Bears were counting on Javon Wims in their playoff game against the Saints.

One moment, he looked ready for that magnificent stage as he outraced cornerback Janoris Jenkins for a 28-yard catch up the right sideline. The very next moment, he let a 40-yard would-be touchdown sail right through his arms in the end zone.

The Bears ended up going for it and failing on fourth down at the end of that possession, and Wims’ drop was near the top of a long list of laments after their 21-9 loss to the Saints.

“It was a touchdown,” quarterback Mitch Trubisky said. “You don’t get a lot of opportunities like that and get your guy pretty wide open behind the safety… That definitely would have helped early on getting us on the board and getting us some momentum.”

It was one of coach Matt Nagy and offensive coordinator Bill Lazor’s best calls of the season.

The Bears lined up in one of their go-to running formations with running back David Montgomery taking the snap and Trubisky out to the right at wide receiver. Montgomery handed it off to Cordarrelle Patterson heading right, and Patterson pitched it to Trubisky going the opposite direction.

It worked perfectly — until it didn’t. Wims had more than a step on Saints safety Marcus Williams and cornerback Marshon Lattimore going into the end zone, but the ball dropped between his arms and fell harmlessly to the turf.

Calling Helen Keller a fraud for her ‘unbelievable’ accomplishments is ableist

The Bears practiced it all week and waited until the perfect time to spring it. The drop was devastating.

“Our guys knew it for days,” Nagy said. “The guys executed it perfectly. It’s exactly what you want, and he made a great throw and we didn’t take advantage of it.”

Wims’ catch on the previous play turned out to be his only one of the game.

How much are celebrities paid to travel during coronavirus pandemic? The cost of staying home revealed

Ubisoft announce Star Wars open world game, but is it The Mandalorian?

Vanessa Bryant opens up on grief ahead of anniversary of Kobe and Gianna’s death: ‘Find your reason to live’